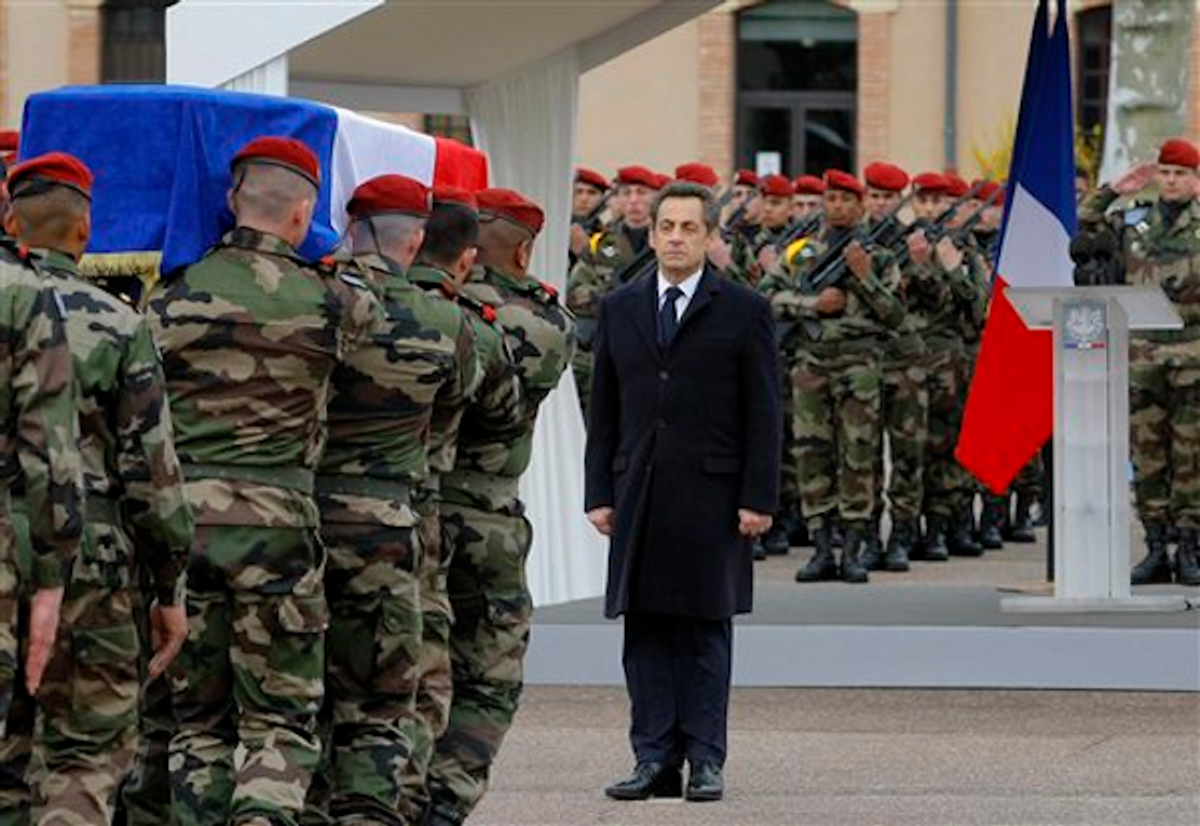 French President Nicolas Sarkozy stands by soldiers carrying a coffin during a ceremony honoring the three soldiers killed by a suspect identified as Mohammad Merah, who is also suspected in the killings of three Jewish children and a rabbi, Wednesday, March 21, 2012 in Montauban, southwestern France (AP Photo/Jacques Brinon)
--

The Arab-language broadcaster Al-Jazeera has received a video from this month’s killing spree allegedly carried out by Mohamed Merah, according to the French newspaper Le Parisien.

The package was received at the station’s offices in the Montparnasse neighborhood and contained a memory card and a letter and has been given to Judicial Police who have authenticated the video, according to the newspaper.

Merah, who was shot dead on Thursday at the end of a 32-hour police siege in Toulouse, was believed to be responsible for a killing spree in the city and in nearby Montauban that left seven people dead, including three children.

Authorities had reported early on that Merah was believed to have worn a video camera as he carried out the killings.

According to Le Parisien, the package bore a postmark dated March 21, or the day Merah was cornered by police. The newspaper said investigators were working to determine if the package was mailed by Merah himself on Tuesday evening March 20 or by an accomplice on the morning of March 21.

According to Reuters, a “source close to the investigation” said the video comprised a montage and audio of Islamist war songs.

An al-Jazeera employee confirmed this account, acoriding to Reuters.