Personhood, the undead movement, marches on

It failed to restrict women's rights in Mississippi and Colorado, but Personhood USA won't quit. Next up: Oklahoma 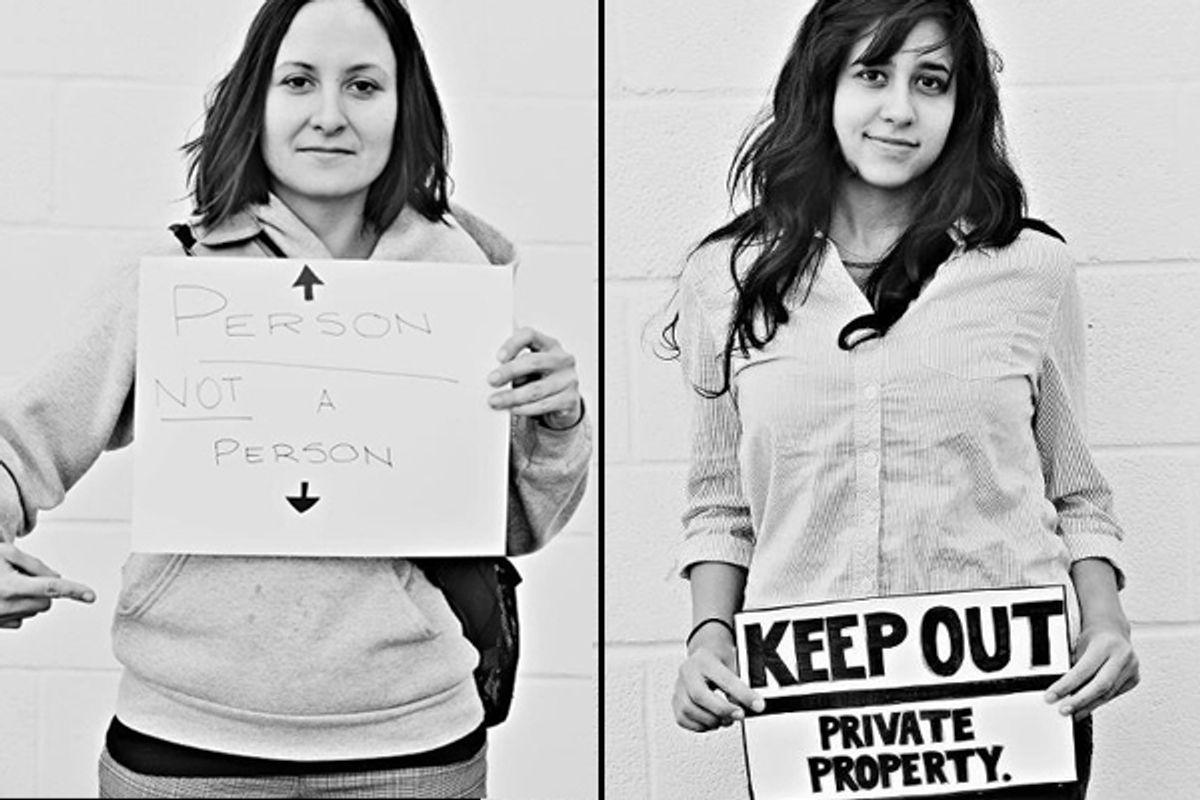 A resounding rejection by Mississippi voters last year and two other defeats by Coloradans have not killed the Personhood movement. It’s still creeping from state to state, trying to pass constitutional amendments granting fertilized eggs full rights as people. A victory would eliminate not just abortion in Oklahoma but popular forms of birth control and in vitro fertilization. And this week, Oklahoma could be the site of the movement's first major success.

Colorado-based Personhood USA generally prefers to push its platform at the ballot box with constitutional amendments. But some state legislators, including in Virginia, have taken up similar language on their own, mostly unsuccessfully. (It’s suddenly become a tougher season for trying to pass extremist anti-choice laws.) The Personhood movement in Oklahoma isn't taking any chances: It is pursuing both tracks, one poised to be voted on today in the statehouse and another advancing through the ballot initiative process (Rick Santorum offered his support back in the state’s primary).

“Like any effort in the pro-life movement, we don’t ever intend to stop until abortion is ended,” Dan Skerbitz, the Tulsa CPA who heads the local Personhood movement, told me. “We’re learning as we go, and we’re learning more and more about how to effectively take the Personhood amendments to the states.”

That means trying to preempt the concerns that helped unite the opposition in conservative Mississippi -- namely, the intended bans on forms of birth control and IVF. Much to the movement’s delight, the Oklahoma attorney general’s office has just rewritten the proposed ballot language. “Unlike what we thought was a biased wording in Mississippi that we believe cost us a lot of votes,” says Skerbitz, “we have a very good rendering of the ballot title here in Oklahoma.”

He acknowledged in an interview that Personhood wants to ban the IUD and emergency contraception, because they “potentially can fall into that category when they disrupt the implantation of an embryo.” Emphasis on "potentially" -- hormonal contraception generally prevents fertilization in the first place, and many fertilized eggs don't implant for indeterminate natural reasons. So when the new ballot language contains the following tautology: "The measure does not prohibit contraceptive methods that prevent the creation of a person as defined by this measure,” it's implicitly defining the IUD and the morning-after pill not as contraception, but as allegedly abortifacient. The revised language also says that the amendment would “affect, but not prohibit” in vitro fertilization, with restrictions that infertility advocates say amount to the same thing.

Personhood USA has also thrown significant financial support behind the Oklahoma Personhood Act making its way through the legislature, though the effort was actually begun by Oklahoma Right to Life. Still, Personhood paid for 200,000 patch-through robo-calls, as well as media spots featuring a young Asian-American “abortion survivor” named Josiah, who tells the camera, “When my mother was two months pregnant, she decided to abort me. But I survived, and a loving family decided to adopt me. I’m a person now, and I was a person then.”

In February, the Senate passed the Personhood Act, and a House committee is poised to vote on it today, though Skerbitz said that if it contains amendments loosening restrictions on IVF, Personhood USA will withdraw its support. (Personhood USA did not respond to a separate request for comment.)  The author of the bill, state Sen. Brian Crain, has claimed that the Act would only state foundational principles about life beginning at conception, not change the status quo. “If the bill doesn’t have any effect,” asks Ryan Kiesel, the executive director of the ACLU of Oklahoma, “why do you have to except things out like birth control and in vitro fertilization?”

Meanwhile, now that the ballot language has been published, opponents have 10 days to protest it. Kiesel says the ACLU is reviewing its options to potentially challenge the measure now, or mount a campaign later. After that, Personhood Oklahoma has 90 days to gather the 155,216 required signatures to get it on the ballot.

“We think both are an egregious insult to the intelligence of Oklahoma’s women,” Kiesel says. He adds, “When you get down to the street level and you visit with the voters of Oklahoma, you’ll see that these proposals do what in the minds of some is impossible -- bring [very different] voters together in agreement against it.” He recently saw a “longtime pro-life legislator” take the microphone at an event and oppose Personhood. “It’s a coalition that spans a political spectrum that I haven’t seen before.”

It was Oklahoma that generated the viral image of state Sen. Judy Eason McIntyre grabbing a sign reading, “If I wanted the government in my womb I'd fuck a senator.” (Skerbitz issued a statement saying the “display of vulgarity from a sitting senator is truly shocking. It is more evidence of the hardness of heart behind a movement that would deny the right of a helpless pre-born baby to be recognized and protected by the law as a human person.")

By now, both sides appear to have learned lessons from the bruising battle in Mississippi – in fact, Atlee Breland, a veteran of the Mississippi fight and the founder of Parents Against Personhood, went to Oklahoma to appear with fertility specialists in opposition. Increasingly, the dividing lines are less about abortion and more about the impact on fertility treatments, ectopic pregnancies and access to birth control, a fact Personhood Colorado recognized by revising its 2008 and 2010 ballot language “to address voters' concerns with the issues of contraception, miscarriage, in vitro fertilization and life-saving medical care.”

Of Personhood’s insistence that it won’t ban in vitro fertilization – Personhood considers embryos created in the process to be people that might be “murdered” by not surviving freezing, let alone intentional destruction – Breland says, “I compare it to driving. It’s like saying we’re not going to ban driving, we’ll just ration you to one gallon of gas of month. What doctor would want to practice knowing that the prosecutor of his town might decide that he’s violating the wrongful death laws or child endangerment laws?”

As in other states, the opposition is organizing through social media, which makes it easier to pass on information about other states' strategies and skirmishes on the reproductive rights front.

I asked Skerbitz what he thought of the “war on women” rhetoric that had lately taken root. He replied, perfectly on-message, “We believe our first and foremost duty is to protect the rights of all people, including the unborn, including unborn women.”

Born women, you’re on your own.