What NPR means by "reporting" 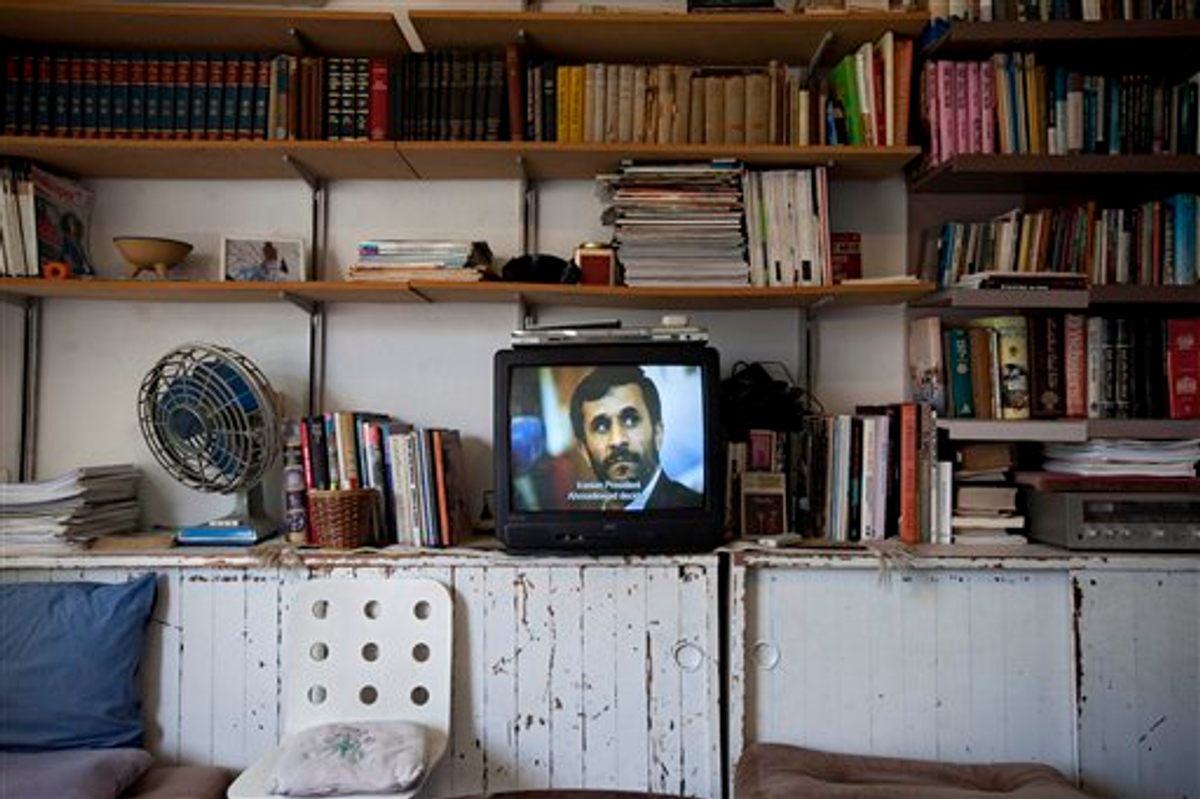 It is well worth listening to this 4-minute NPR story from this morning (embedded below) on the grave and growing menace of "state-sponsored Terrorism" from Iran. NPR national security reporter Dina Temple-Raston does what she (and NPR reporters generally) typically do: gathers a couple of current and former government officials (with an agreeable establishment think-tank expert thrown in the mix), uncritically airs what they say, and then repeats it herself. This is what establishment-serving journalists in Washington mean when they boast that they, but not their critics, engage in so-called "real reporting"; it means: calling up Serious People in Washington and uncritically repeating what they say (see here and here for the episode when Temple-Raston voiced that basic claim to me, as she boasted of special knowledge she possessed about Anwar Awlaki's guilt obtained when unnamed government officials whispered assertions to her in private which she then uncritically repeated: that's real reporting).

This morning, Temple-Raston began her report by noting -- without a molecule of skepticism or challenge -- that Iran is accused (by the U.S. government, of course) of trying to assassinate the Saudi ambassador on U.S. soil (a plot traced to "the top ranks of the Iranian government"); there was no mention of the fact that this alleged plot was so ludicrous that it triggered intense mockery in most circles. She then informed us that Iran is also likely responsible for three recent, separate attacks on Israeli officials. These incidents, she and her extremely homogeneous group of experts from official Washington explained, are "red flags" about Iran's intent to commit Terrorism -- red flags consistent, she says, with Iran's history of state-sponsored Terrorism involving assassinations of opposition leaders in Europe during the 1980s and the 1996 truck bombing of an American military dormitory in Saudi Arabia (note how attacks on purely military targets are "Terrorism" when Iran does it, as are the assassinations of its own citizens on foreign soil who are working for the overthrow of its government; but if you hold your breath waiting for NPR to label as Terrorism the U.S. assassination of its own citizens on foreign soil, or American and Israeli attacks on military targets, you are likely to expire quite quickly). All of this, Temple-Raston announces, shows that Iran is "back on the offensive."

Iran is on "the offensive." There is no mention in this NPR story -- literally none whatsoever -- of the string of serious attacks on Iran, from multiple explosions on their soil to the training and arming of a designated Terror group devoted to its government's overthrow to the bombardment of its nuclear facilities with sophisticated cyber attacks to the multiple murders of its civilian nuclear scientists. These attacks on Iran -- widely reported to be the work of some combination of the U.S. and Israel -- literally do not exist in the world that NPR presented. Iran is simply sponsoring and launching "Terror attacks" out of the blue against the U.S. and Israel: presumably because they're Evil Terrorists. Meanwhile, we learn from Temple-Raston that "what worked so well dismantling Al Qaeda" -- like drone attacks [it 'worked so well' doing things like this]  -- won't work on this kind of Terrorism." Fortunately, though, the U.S. has vast powers of eavesdropping and banking surveillance that it can and must use against this "old adversary": Iran. Imagine Bill Kristol delivering this "report" on Iran and try to identify how it would have been any different.

What's most amazing about this isn't just that people like Temple-Raston think that uncritically airing, amplifying and repeating the government-subservient views of a few homogeneous former U.S. officials constitutes "real reporting," though that is quite remarkable. What's most amazing is that NPR has an obsession with what it considers "neutral" reporting, and I guarantee you that Temple-Raston's response to these criticisms would be to insist that she is neither a partisan nor an opinionist, but rather a "straight reporter" who simply presents facts without bias. She would undoubtedly believe that this report to which she just subjected the world -- one that is about as one-sided, biased and opinionated as can be: Iran is offensively launching Terrorism at the world and the U.S. must stop it -- is a pure example of objective reporting. That's because "objective reporting" to such people means: endorsing, embracing and bolstering the prevailing views of the U.S. government and official Washington in order to inculcate the citizenry to believe them. Doing that can be called many things: "objective" and "real reporting" are most definitely not among them.

There's one prime reason why Americans are so uninformed about what their government does in their name around the world (Why do they hate us?). It's because "news stories" from "even liberal media outlets" like NPR systematically obscure those facts, disseminating pure propaganda from America's National Security State masquerading as high-minded, Serious news.

I had a somewhat lengthy debate on Twitter last night about the Awlaki assassination with several people often identified as "Terrorism experts" -- such as Will McCants and Aaron Zelin -- and they and others (such as Andrew Exum and Robert Farley) objected rather vigorously when I said I found the entire concept of "Terrorism expert" to be invalid, as it is an honorific typically assigned due to ideology and interests served rather than actual expertise. This is exactly what I meant: in U.S. political and media discourse, Terrorism means little more than: that which America's Enemies du Jour (generally Muslim Enemies) do to it, but not what America and its allies do to anyone. Terrorism is not a real concept in which one develops "expertise"; it is, and from its introduction into world affairs always has been, a term of propaganda designed to legitimize violence by some actors while delegitimizing very similar violence by others. See the interview I conducted a couple of years ago with Remi Brulin of NYU for more on that.

I spoke last week at the University of Pennsylvania on Endless War and Civil Liberties Assaults in the Age of Terrorism. The Daily Pennsylvanian had an article on the event here, and the audio of the speech, as well as the Q-and-A session that followed, can be heard here.