In the "West Wing" creator's new HBO show, the hero is a Republican 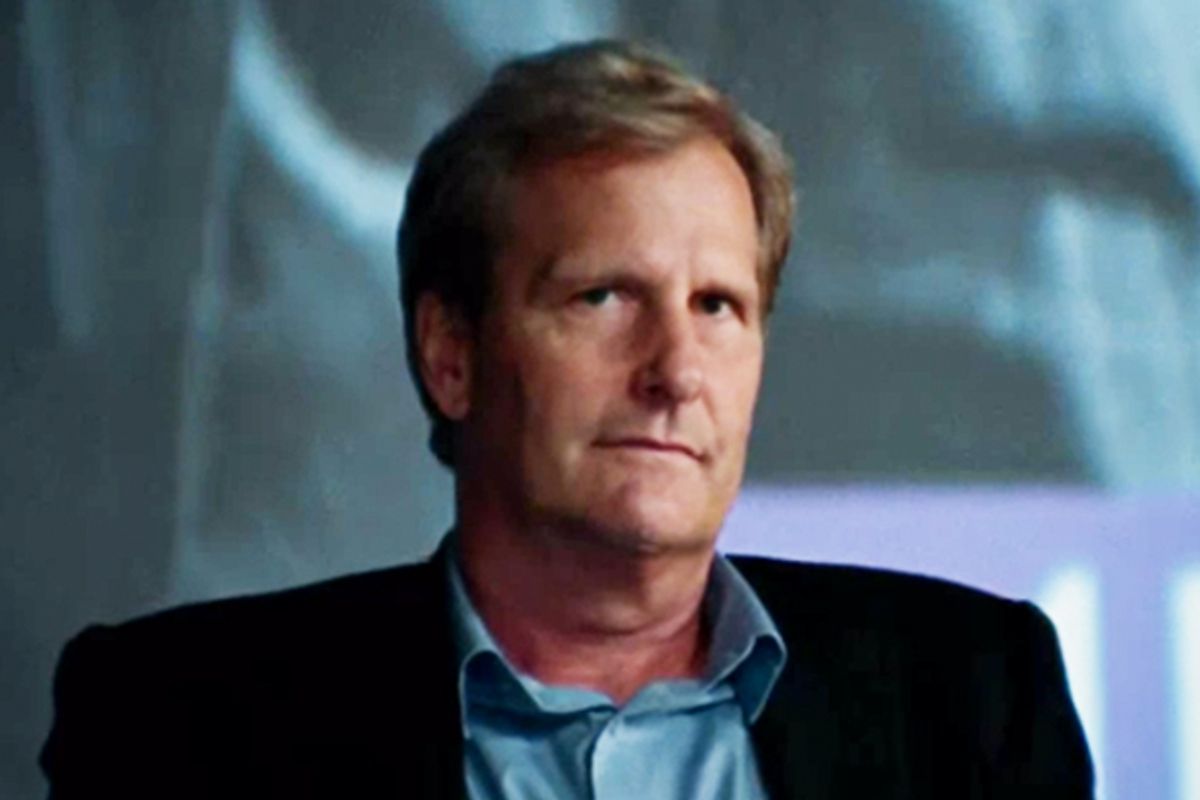 The trailer for HBO’s “Newsroom," Aaron Sorkin’s forthcoming drama, set behind-the-scenes of a cable news program, debuted last night. In it, the well-respected news anchor Will McAvoy's (Jeff Daniels) long-held political neutrality is finally exploded when he is hectored into explaining “Why America is the greatest country in the world.” His answer is an exasperated “It’s not the greatest country in the world.” McAvoy continues in the most condescending tones to address the blond college student who asked the question: “Just in case you accidentally wander into a voting booth one day, there’s some things you should know,” he says, before unleashing a barrage of statistics about America’s relative incompetence. In other words, it's classic Sorkin — rapid-fire, dense, smart, patronizing and morally outraged — except for one thing. Will McAvoy is a Republican.

Over the course of his career, Sorkin has tapped into a liberal fantasy of politics more regularly than probably anyone. In "The West Wing" Sorkin created the dream Democrat, President Josiah Bartlett, not just an erudite and morally impregnable man, but one who wielded his intelligence like a sword. When pushed, Bartlett pushed back, with logic and truth, righteousness and all the Bible quotes he needed.

Bartlet may be Sorkin's most famous liberal fantasia, but he's not his only one. He created two more in the presidential election that took place in later seasons of "West Wing," a face-off between the inspiring, Hispanic candidate Matt Santos, a character who was loosely based on the not-yet-president Barack Obama, and the socially moderate, fiscally conservative, pro-choice Republican Arnold Vinick, Sorkin's first stab at creating a Republican a Democrat could love.

Then in Sorkin's disastrous "Studio 60," set behind the scenes of a "Saturday Night Live"-type show, Sorkin introduced another fantasy, the relatively liberal believer. Harriet Hayes, who was based on Sorkin's ex-girlfriend Kristin Chenoweth, was (supposed to be) a supremely talented performer and devout Christian, with a more or less nuanced take on social issues and an active sense of humor despite her faith.

And now here's Will McAvoy: “I’m a registered Republican,” he says. “I only seem liberal because I believe hurricanes are caused by high barometric pressure and not gay marriage.” Forget presidents who can slay conservative ideologues with their words, the fantasy Sorkin's trafficking in now is that endangered species, the socially moderate, reasonable Republican (or, if you want to put it a little more ambitiously, the socially moderate, reasonable Republican on cable news). In the trailer, right-wing talk radio is already hating on McAvoy and his denouncement of American exceptionalism, but  in "Newsroom," if not in the real world, the right's ire shouldn't hurt McAvoy too much: Sorkin's going to give him a voice, and make him a hero, among liberals anyway.