"Two and a Half Men's" latest sexist dis 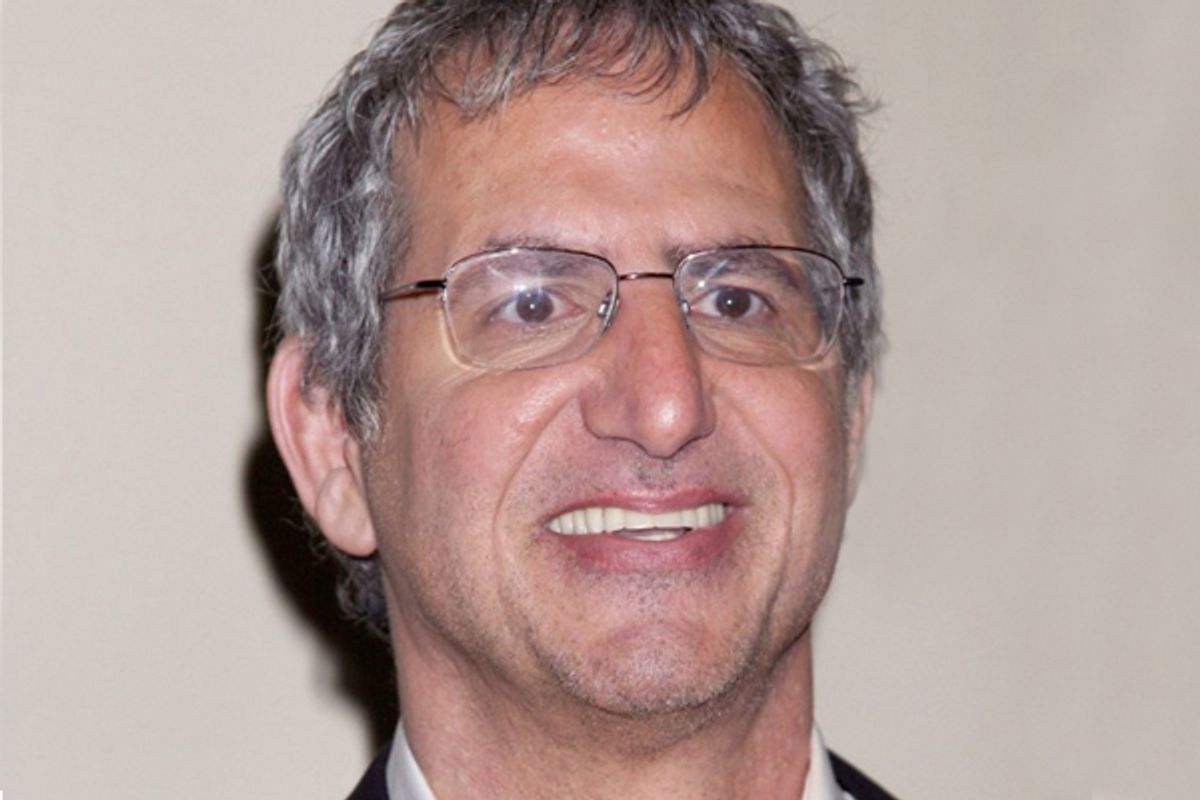 Lee Aronsohn is sorry he said he was tired of your vaginas. As you were, ladies.

On Monday, the co-creator of "Two and a Half Men" issued a now-standard Twitter mea culpa, explaining that "it was a stupid joke. I'm sorry." His offense? Kvetching on Sunday to the Hollywood Reporter, "Enough, ladies. I get it. You have periods … We are approaching peak vagina on television, the point of labia saturation." Labia saturation: no longer just a weird side effect from antidepressants.

It has indeed been a banner year for vaginas on television, with one-liners about the holy of holies turning up all over the place -- including on saucy, female-driven comedies like "Whitney" and "Two Broke Girls." The truth is that few of these jokes are legitimately funny. They're more often deployed to shock, and thereby make lame routines notable. Surely Aronsohn isn't the only one feeling a little exhausted by the V-word.

But a guy who admits "we do far too many fart jokes on 'Two and a Half Men'" is not one to go throwing stones at the glass house of body function humor. There's an underlying, unmistakable anger to Aronsohn's words, coming as they do from a man who last year snarled at the Toronto Screenwriting Conference, "What makes men damaged? Sorry, it’s women. I never got my heart broken by a man."

Unfortunately for Aronsohn, a whole lot of uppity broads are totally on the rag this week, and as word of his Hollywood Reporter rant made the rounds, they just couldn't help expressing their crankiness. On Monday, writer Jen Kirkman issued a menstrual "fatwah" on Aronsohn, deploying a series of period anecdotes and lamenting, "Just looked out my window and vaginas are storming the streets with sitcom ideas!" And actress Martha Plimpton admonished, "Um, Lee, women are 51 percent of the population & a coveted demographic for advertisers. What are you thinking?" She wisely added that his version of "peak vagina" amounts to a mere "25 percent of all writers, producers, creators, DPs, editors & directors in television." She joked, "3 women on television is more than enough. I say we bring it down to 2. One can be black if she wants."

Initially Aronsohn, no doubt feeling defensive and "damaged" by all the unladylike hostility, replied on Twitter, "Women, please look up ‘irony." Well, I did – and there was a picture of one of the creators of "Two and a Half Men" giving advice on comedy. What does it mean?

Aronsohn has since deleted his snarky tweet and, after issuing the excuse that he was simply making a "stupid joke," has been laying low.

It's a depressing reality of contemporary network television that too many sitcoms rely on easy shock-value words and ostensibly naughty behavior instead of crafting believable characters and employing clever writing. That's a crime that both male- and female-based comedies are guilty of.

But Aronsohn wasn't issuing a plea for higher standards. Instead, he came off as a squeamish boy, irked at the notion that estrogen is seeping into the man cave of his prime time. He was arrogant and dismissive, and his implication that jokes about Ashton Kutcher's penis are somehow inherently superior to those about Kat Dennings' vagina is utter sexist nonsense. But thanks for the apology anyway, Aronsohn. And if it's any consolation, we're pretty sick of your hole too.

Sitcoms Two And A Half Men