An incident in Indiana raises the question: Should tweeting an F bomb get you kicked out of school? 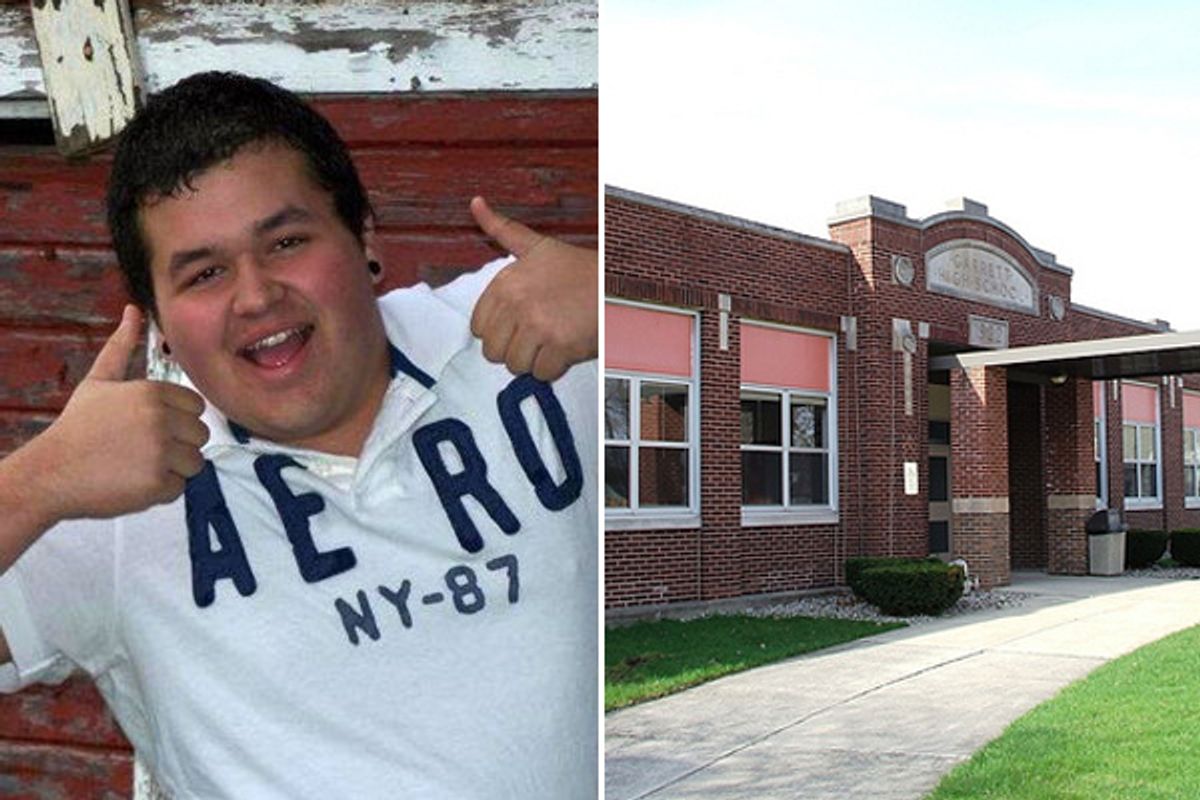 Austin Carroll is a 17-year-old high school senior in Garrett, Ind., who recently did something so outrageous that it got him expelled from school. He used profanity. On Twitter. Oh my stars and garters! What is the world coming to?

To hear even his own family describe him, Carroll sounds like a bit of a handful. Last month, he earned a suspension for violating the school dress code and wearing a kilt, and last fall, he ran afoul of the school administration for tweeting an F bomb via a school computer.

But Carroll insists his more recent Twitter tirade -- which Indiana News Center colorfully quotes as "BEEP is one of those BEEP words you can BEEP use in any BEEP sentence and it still BEEP make sense" -- was banged out from his personal account on his home computer. The school district says the post came from a school-issued device or the school's network. (Both Carroll and the district seem to agree that the post was not directed at any individual or the school itself.)

But students at Carroll's school are expected to sign a Respectable Use Policy that requires them to "consider the information and images that I post online," to not "flame, bully, harass or stalk people" or visit sites "that are degrading, pornographic, racist or inappropriate." There's no specific limit on word choice, which suggests that the school has now granted itself considerable leeway in interpreting its own rules.

Adding an invasively chilling element to the whole affair is the recent tweet from the Garrett School District's IT director, who said, "Freedom of speech is our right, but it doesn't (always) make it appropriate. Think before you type people. #austincarroll." Because your school is watching you, kids.

It's true that if more people thought before they typed, the Internet would be a markedly saner place. It's easy to forget your teachers or your parents might see the words you're banging out in what feels like perfect solitude. But Carroll wasn't threatening anyone or deploying hate speech. He was just using some naughty words. He may even have been doing it on his own computer on his own time. And his school appears to have never issued a specific policy on the words in question anyway. So we are left with a kid who will now have to finish out his senior year at a nearby "alternative" school, where at least he can ostensibly wear a kilt and curse on Twitter and nobody will care.

Freedom of speech comes with a price, but the price tag should be appropriate. It's a school's job to encourage conversation, to spur kids to question the impact of their language and the effect their actions have, not to scurry away, blushing, from harder questions about expression, personal privacy and the limits of authority. In its Respectable Use Policy, the Garrett school says, with a stunning apparent lack of self-awareness, that "The primary priority of the technology is to improve student learning." But Carroll and his fellow seniors must be wondering today how attainable that goal really is, when what could have been an authentic teachable moment has been so abruptly shut down.