In a bold new essay, the actress confronts the critics of her body head-on -- and makes some incisive points 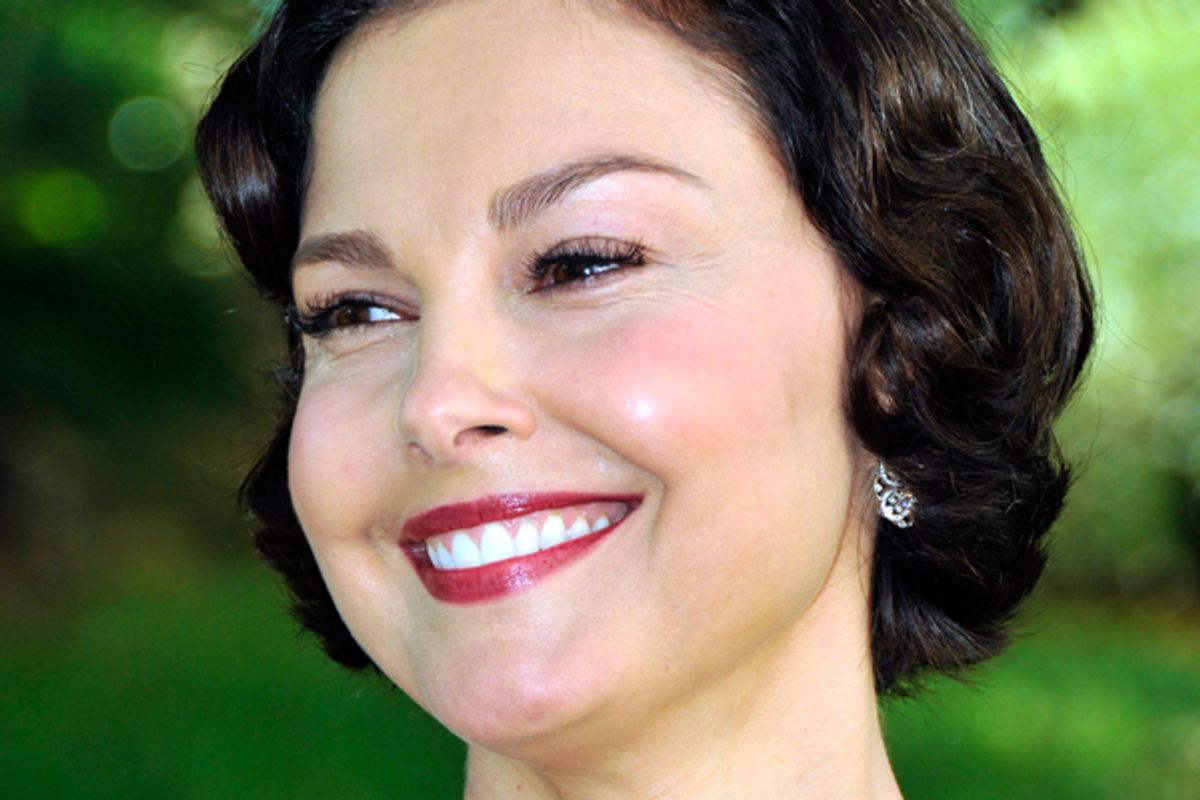 Ashley Judd would like you to get out of her face. The 43-year-old actress, activist and sometime controversial memoirist has had a high-profile return to the public eye, with the debut of her new drama "Missing." And it's a profile that has been the subject of much snark and WTFing.

In the past few weeks, Radar has lamented that she's gone from "pretty to puffy" and "fattened her face with fillers" while Us declared her "nearly unrecognizable." SheKnows hit her even harder, complaining that "the pretty face we're used to [has been] replaced by a puffy disaster." And when her reps declared that her swollen look was the result of steroids for a sinus infection, they only fanned the flames, leading The Stir to snap of her "way chubbier than usual" look, "Come on, Ashley, we may be dumb, but we're not stupid."

Now Judd, never one to shy away from expressing her feelings, has penned a rebuttal to the face haters. In a column for the Daily Beast, Judd addresses the tongue wagging about her "puffy" face and straightforwardly declares that "the conversation was pointedly nasty, gendered, and misogynistic and embodies what all girls and women in our culture, to a greater or lesser degree, endure every day, in ways both outrageous and subtle."

While it's a vast step up from Samantha Brick's already notorious defense of her looks, Judd's piece is not without its own flaws. Even in high dudgeon, she manages to come off as impossibly pleased with herself -- she humbly brags about her "nearly flawless" skin and still has time to mention her "serious work, such as publishing op-eds about preventing HIV, empowering poor youth worldwide, and conflict mineral mining in Democratic Republic of Congo."

But the point Judd makes -- about how wildly screwed up the relentless public scrutiny is -- is valid and necessary. Of her weight fluctuations, Judd says that "We won’t even address how extraordinary it is that a size eight would be heckled as fat." And, perhaps most tellingly, she addresses the absurdity of the suggestion that she's "messed up" just because "my 2012 face looks different than it did when I filmed 'Double Jeopardy' in 1998."

The lengths to which celebrities -- mostly women – go in the name of youth and beauty are a matter of public discourse. We grapple with questions about women and aging and body image by talking about Nicole Kidman's forehead and Megan Fox's nose and plus-size models. But the gotcha! put-downs any time a woman expands or contracts in size or seems too creased or too smooth -- the "general incessant objectification" and "abnormal obsession with women's faces and bodies," as Judd calls it -- create a culture of viciousness and perpetual dissatisfaction. Look at that girl. She's so fat/thin/wrinkled/fake. Who does she think she is? How dare she? That's not just hateful. That's lazy.

That Judd looks different than she did in 1998 is a fact. How she arrived at her current look is her business. By confronting the speculation head-on, Judd has acknowledged her place in an often cruel, unwinnable war of public opinion. One opinion column likely won't make the tabloids and blogs pause in their daily digging on who is displaying cellulite or a trout pout. But by calling out the critics, Judd reminds us how useless and hollow the sport of body snarking truly is, and the fact that expecting anybody to be the same kind of "pretty" she was 14 years ago is, in her word, pure insanity.