Guest Post: The U.S. refuses to allow Shahzad Akbar into the country -- is it payback for his aid to drone victims? 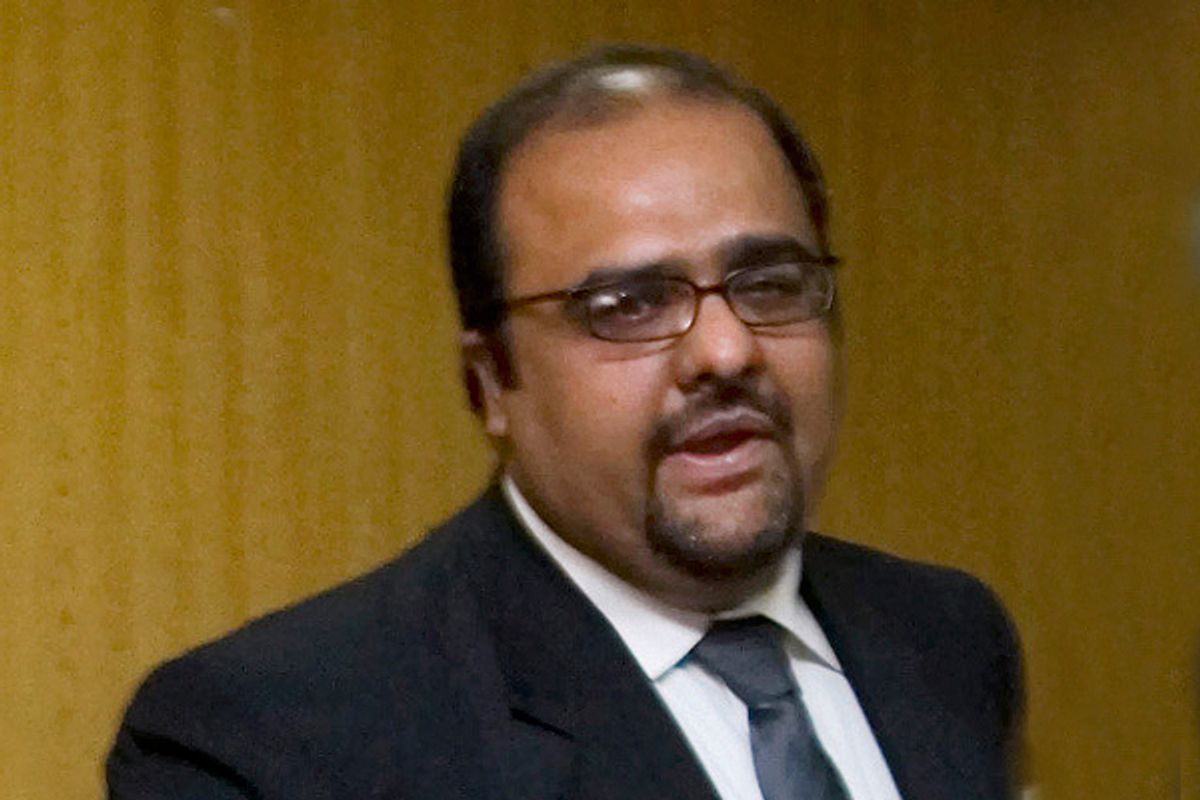 “If the U.S. believes in the rule of law, it should not be hindering advocacy of claims against the CIA for wrongful death and injury.” Shahzad Akbar, a Pakistani lawyer and co-founder of the Pakistan based legal advocacy organization Foundation for Fundamental Rights (FFR) has been campaigning for the past several years on behalf of civilians who have been killed and maimed as part of the CIA’s covert drone warfare program in NW Pakistan’s Khyber Pakhtunkhwa province. The drone campaign, which continues to be conducted without oversight and accountability, is documented to have taken a horrendous toll on the civilian population of these regions, the magnitude of which has only come to light through the efforts of grassroots activists such as Akbar.

The London based Bureau of Investigative Journalism has documented more than 160 cases of children who have been killed by CIA-operated Predator drones among over 800 confirmed civilian deaths. These are individuals with no connection to militancy whose lives have been ended by a clandestine program under which there is no known reprimand for inflicting civilian casualties. The free hand given to the CIA to kill in Northwest Pakistan has created a culture of near impunity where innocent civilians can be killed wantonly without fear of censure. Among the poorest and most disenfranchised people in Pakistan, those who live in Khyber Pakhtunkhwa have little to no means of obtaining redress for harm which has been caused to them and lack the ability to even raise awareness of their plight. It is in this light that legal campaigners such as Akbar have taken it upon themselves to bring attention to those killed in the CIA campaign and to win some measure of legal protection for those innocent civilians who continue to be targeted. As Akbar described the conditions of the disenfranchised rural people whom he campaigns for; “People are scared….I’ve interviewed some neighbors whose next-door house was hit, and I could feel what they’re feeling, because they’re feeling this imminent threat. And they are actually feeling helpless at the same time, because they have no other place to relocate, because a lot of them have no skills, no education, so they cannot relocate in any other part of Pakistan."

Akbar is a lawyer and his effort to obtain justice for dead and wounded Pakistani civilians is an absolutely legal, civil society campaign to see that those responsible are held accountable for abuses, and that innocent civilians whose lives have been destroyed see some legal redress. In this context it is reasonable to assume that if there is nothing illegal or otherwise unsavoury going on, the CIA and U.S. government should have no objection to Akbar’s work and should allow him to continue unimpeded. Akbar is far from an anti-American figure and in fact is a former consultant for USAID in Pakistan, who has in the past helped assist the FBI investigate terrorism cases in the country. However, the U.S. government has not embraced his efforts to provide oversight to the CIA drone program and in fact is actively moving to silence him. Invited to speak at the International Drone Summit in D.C this month, Akbar has been forced to cancel his speaking engagement as the U.S. government has refused to grant him a visa. Attempting to speak on his work at Columbia University law school last year, he found himself in the same situation as U.S. officials denied his visa specifically to prevent him from sharing his findings directly with the U.S. public.

According to Akbar, his once positive relationship with the American government first changed after he agreed to take on the case of Karim Khan, a Pakistani man whose son and brother were killed in a drone strike on his home on New Years Eve, 2009. Far from terrorists, his brother was a schoolteacher who held a masters degree in English literature and who in death left behind a wife and two-year-old boy; while his son was a student who worked in one of the few government schools in the area. Instead of joining the Taliban and taking up arms against the U.S. in response to the wanton killing of his family members, Khan enlisted the help of Akbar to use legal means to win justice. For his work to help Khan and countless others who have endured unimaginable suffering at the hands of the CIA operated Predator drones, Akbar has found himself repeatedly blacklisted from the U.S. in order to stifle details of his work.

What is at stake for the CIA is the exposure of the false narrative they have used to justify their continued extrajudicial killings of Pakistanis. As Akbar describes it, “Our legal challenges disrupt the narrative of ‘precision strikes’ against ‘high-value targets’ as an unqualified success against terrorism, at minimal cost to civilian life,” said Akbar. “The CIA does not want anyone challenging their killing spree, but the American people should have the right to know.” Recent reports have surfaced that CIA drone operators have been deliberately targeting rescue workers and funerals in Pakistan, a war crime under the Geneva Convention and a grievous moral failure in its own right. Through its refusal to allow Akbar to speak directly to Americans, the U.S. government is preventing them from being able to decide whether the true cost of the drone program is indeed “worth it” and whether they want to have their name associated with a campaign which is killing the innocent civilians of a foreign country on an industrial scale.

The organizers of the Drone Summit are attempting to put pressure on the U.S. government to go back on its decision and grant Akbar a visa, and to this end have begun a public petition calling on Consul General Steve Maloney to do so. Whatever the ultimate result, the repeated attempts to silence Akbar and impede his legal work are indicative of the contempt for the rule of law this administration has shown, especially in regards to those who attempt to blow the whistle on misconduct by the military and CIA. While the government may attempt to silence him Akbar’s work continues on.  "We are working to help empower those who have no ability to protect themselves and their families from these missiles. It is our duty to ensure that the truth is told". The truth about CIA drone operations in Pakistan would seem to be one that the U.S. government would prefer Americans not hear.