Behind sound bites and media hype, there's the real conflict real mothers face every day. And it needs to stop 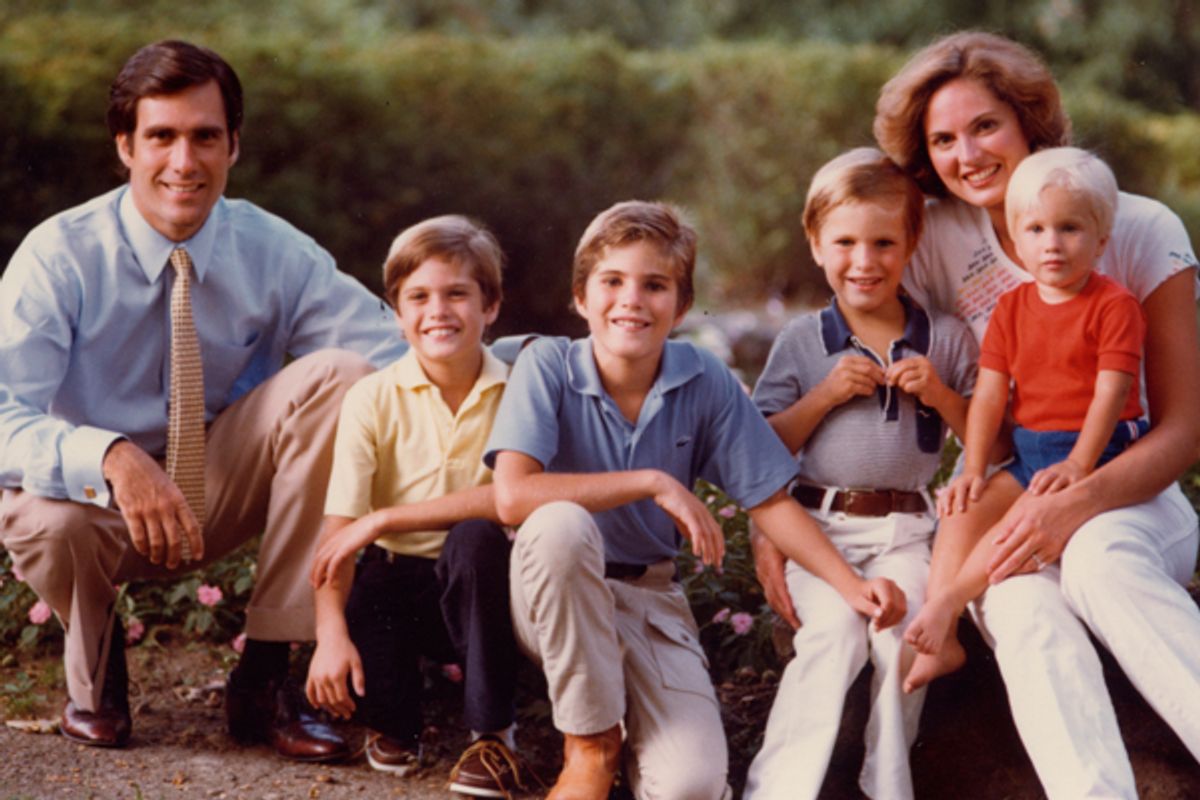 For years, I have tried to pretend otherwise, to brush them off as a mere New York Times-manufactured conspiracy involving the hand-wringing trials of a tiny group of Sarah Lawrence alums. Even this week, as I felt the tremors of a nation of my fellow mothers face-palming over the gleeful feeding frenzy that Hilary Rosen and Ann Romney's war of words ignited, I struggled to ignore yet another exploitative attempt to turn grown women into mere catfighters engaged in a round of metaphoric hair pulling. Yet I can't look away anymore. I won't, because I've been in the middle of this stupid battle forever. And I know it will keep raging until we figure out how to collaboratively fix it.

We as women spend our whole lives being judged, and never more so than for our roles as mothers. We suffer for it, and frankly, we dish it out in spades. We park ourselves in separate camps, casting suspicious glances across the schoolyard. And it sucks because the judgment is there and it's real and it stems so often from our own deepest fears and insecurities. We pay lip service to each other's "choices" – and talk smack behind each other's backs.

I have, for all my children's lives, worked part-time from home. It's an arrangement that’s been personally and professionally fulfilling beyond my wildest dreams. It's also a hell of my own making, one that casts me daily at the mercy of two dueling, insatiable masters. I got up before 5 this morning to do a radio show, turned around in time to get home to pour my children's corn flakes, and am now trying to make a deadline before they come home and I can take them to the park. Livin' the dream!

My dual identity has over the years enabled me to be a spy in two houses. I have sat in friends' living rooms on long, lazy play dates, listening to mothers complain about those terrible working moms "you never see at school," puzzling snidely about why they ever bothered to have those poor children. I have heard gossipy helicopter moms say crappy things about how they just cannot understand how any woman could leave her precious baby, who brag that what they do, in comparison, is the very best and most important job in the whole wide world. I have witnessed the grudging tolerance for those who "have to" work, contrasted with the copious disdain still reserved for those careerist freaks. A lawyer friend recalls a fellow member of a local committee telling a stay-at-home mother, who'd protested about a project infringing on "family time," that "It's just wonderful you are home with your children." She says, "The other working mother and I looked at each other and just felt like crap. Not dramatic or funny, really, just mean."

But I have also heard working moms congratulate themselves for being "real" feminists, and ponder when those sorry hausfraus are ever going to "get a life." I was recently at an event where a fellow working mother cast a long, cold look over at a flock of stay-at-home mothers huddled together, and sniffed, "I have nothing to say to those people." And it breaks my heart to see this stuff, at a flash point in our history when our value in the workplace and our reproductive freedoms are under such vicious assault on so many fronts.

Not that men are immune to this; I know way too many dads who don't pull their weight on the home front while the mothers of their children hold down full-time jobs too. Way too many dads. And I have heard men whose wives stay at home denigrate their efforts, like the friend whose youngest child headed off to college this fall, who joked to me recently, "What's my wife going to do now that she has to get a real job?" Likewise, fathers are still constantly being shortchanged in all the bickering. My daughters are lucky to have a dad who is a fully engaged, active participant in their lives, and who happens to have a job that grants him the scheduling flexibility to be that way. We need to fight for more of that.

This conflict – both the loathsome, whipped-up media-frenzy version of it and the very real one involving snubs and slights lobbed at Chuck E. Cheeses and PTA meetings -- never goes away because it stabs right at the heart of so many of us. It shakes us to our essential core: our motherhood and, by extension, our womanhood. It's our place in the world, undermined on all fronts. It's the message we get again and again from our politicians and our employers and so brutally, so pervasively, our fellow mothers. And it's this: You are doing it wrong, lady. You are messing up your life and you are screwing up your children.

It manifests itself in dramas played out in homes and offices across the country every day. It's in those moments when a spit-up-stained stay-at-home mom who hasn't washed her hair all week looks across the drive at the polished executive mother heading off on a business trip. It's there when a guilt-wracked, stuck-at-the-job mom sees the Facebook pictures of a mother boasting of her "magical" summer spent with the kids in the Hamptons. And when they both think, "That bitch has it easy." It kicks up ugly, uncomfortable issues of privilege. It perpetuates the fiction that all women have the luxury of choice about motherhood, and that my choice is inherently a threat to yours.

The dirty truth is that there really are women out there who view motherhood as an early retirement jackpot. I was at the playground one pristine spring afternoon a few years ago with my younger daughter when the mom next to me at the swings struck up a conversation. "Isn't it wonderful," she sighed conspiratorially, "that we don't have to work?" And suddenly she was, in my mind, the enemy.

"I do work," I shot back, defensiveness dripping in my tone. And suddenly I was her enemy too.

There are, likewise, working moms as frosty and disengaged from their children's lives as any Don Draper, women for whom the office is a comparative Club Med. Guess what? Sometimes terrible people have kids. Some of them draw a paycheck and some of them don't. But among the wisest and best women I know are a stay-at-home mother of four and an overextended working mom who is one of the top three professionals in the country at what she does. And I know that both of them are raising loving, healthy, awesome kids for whom they would do anything.

So let me today issue a modest proposal. Let's cut the crap. The war is real. The damage to our hearts and souls and self-esteem is incalculable. But we can change that. As one who has spent over a decade now with one foot in both worlds – an imperfect arrangement that many of us, by the way, somehow cobble together – I can tell you that most of us are just slogging away here, doing the best we can and making it up as we go along. Some of us aren't in the workforce. Some of us are there out of financial necessity, some out of career ambition, and many, a combination of both. But damn near all of us are fiercely, ferociously devoted to our families. When we can get past being scared somebody's going to call us out as whopping female failures, we can see that, though our days are structured differently, most of us are working our guts out. That we love our children. That we are not enemies. When we remember that, when we talk to each other instead of merely about each other, we can reach across the playground to raise a generation of future men and women who respect each other as workers and parents. More than that -- we can, finally, be comrades.