Guest Post: Obama's pledge to "look forward" on torture doesn't apply to John Kiriakou, who was in court on Friday 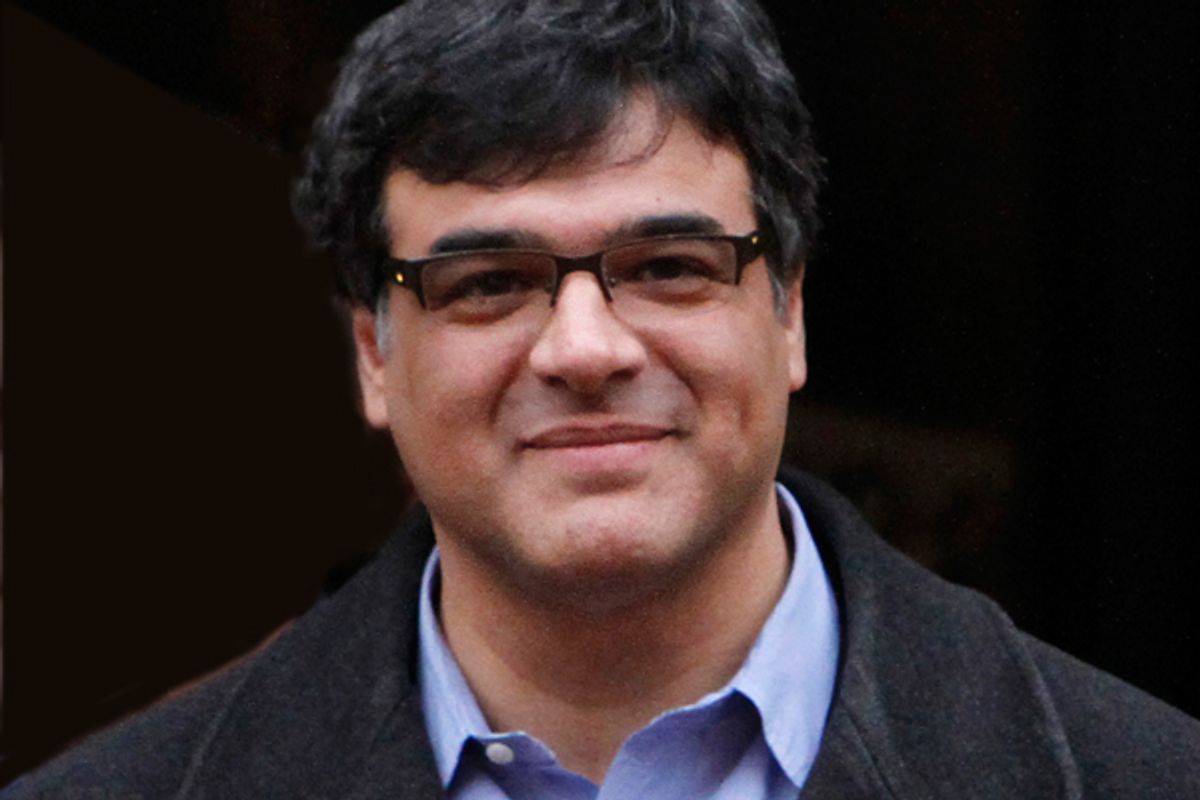 Former Central Intelligence Agency (CIA) officer John Kiriakou — the sixth whistleblower the Obama administration has indicted under the Espionage Act for alleged mishandling of classified information — was  arraigned this morning in the U.S. District Court for the Eastern District of Virginia. As expected, Kiriakou pleaded “not guilty” to all the charges. No-nonsense U.S District Court Judge Leonie Brinkema set a pre-trial motions hearing for July 20, 2012 and trial for November  26, 2012.

The arraignment was more notable for who was not present than for who was there. Conspicuously absent was the esteemed Patrick Fitzgerald — well-known as the federal prosecutor in charge of the investigation of theValerie Plame CIA leak case, which led to the prosecution and conviction of Vice President Dick Cheney’s chief of staff for perjury—whose name graces the Indictment. Instead the Department of Justice (DOJ) sent four junior-level attorneys, making it a distinct possibility that DOJ knows its case if full of gaping holes. Judge Brinkema even pointed out that one of the DOJ attorneys “had not practiced before this court much” (paraphrased), which was just one of her choice one-liners during the proceedings.

The green DOJ attorneys seem an uneven match for Kiriakou’s formidable defense team, which included legal Titan Plato Cacheris and his partner Bob Trout, were it not for the fact that the DOJ attorneys have the full resources of the entire Executive Branch, including it’s not-so-secret weapon — secrecy — which was no more evident than when Judge Brinkema forced DOJ to reveal that it still had “lots” of classified discovery to hand over to the defense even though Kiriakou had been charged nearly three months ago (something she also noted).

Judge Brinkema is no stranger to national security cases. She presided over the case against 9/11 conspirator Zacarias Moussaoui and is currently presiding over the Espionage Act case against another former CIA whistleblower, Jeffery Sterling. In the Sterling case, Judge Brinkema rebuffed the government’s third attempt to subpoena New York Times reporter James Risen to testify about his source, writing in July 2011 that “A criminal trial subpoena is not a free pass for the government to rifle through a reporter’s notebook.” DOJ appealed her ruling to the 4th Circuit.

It does not take too much reading between the lines to know Brinkema is referring to other Espionage Act cases. In the spectacularly failed case against National Security Agency (NSA) whistleblower Thomas Drake, whom I represent, DOJ kept potentially exculpatory evidence from Drake's defense team for months after the Indictment was handed down. For over six months, DOJ failed to produce the obviously exculpatory evidence that one of the allegedly classified documents that formed the basis of an Espionage Act charge was declassified two months after the indictment. DOJ waited ten months to turn over evidence that another document (which formed the basis of a different Espionage Act charge against Drake) had been “. . . published as 'unclassified' and had never been deemed 'classified' until after it was recovered from Mr. Drake's home.”

In the Kiriakou arraignment, after pushing the DOJ to specify that it still had “boxes” of classified discovery to turn over, Judge Brinkema then sua sponte edited the proposed discovery order to force DOJ to hand over all potentially-exculpatory material (a.k.a. Brady/Giglio/Jencks Act) earlier than DOJ requested (only 5 calendar days before trial.)  Does the government really think that it’s fair or reasonable to do a discovery document dump on Thanksgiving and make the defense spend the holiday weekend plowing through it while simultaneously preparing for trial?

Considering DOJ’s shady approach to the Espionage Act prosecutions, and that the Kiriakou case is already facing legal (and moral) obstacles, which I discussed today on NPR, Judge Brinkema’s tough, candid approach is a welcome addition to the case.

As I touched on earlier this week, Kiriakou blew the whistle on waterboarding and exposed torture as policy rather than the actions a few rogue agents. But waterboarding was not Kiriakou’s last disclosure. In his book, "The Reluctant Spy: My Secret Life in the CIA’s War on Terror", he writes critically of the CIA’s torture program, the deception leading into the war in Iraq, and the FBI’s failure to pursue potential leads in the immediate aftermath of 9/11. For those wondering why Kiriakou’s disclosures in his book did more than ruffle a few feathers in the intelligence community, here are a few key quotes:

Remember, these are the words of the only person to be criminally prosecuted in connection with the CIA’s torture program. These are the words of the glaring exception to Obama’s mantra of “looking forward, not backward” when Americans demand accountability for torture, extraordinary rendition and illegal domestic spying. These are the words of an Espionage Act defendant—of someone facing 50 years in prison, who the Obama administration will argue in court “intended to harm the United States or assist a foreign nation.” All things considered, perhaps it is no surprise Patrick Fitzgerald avoided tarnishing his impeccable reputation by making an appearance at the arraignment this morning.

There’s a big difference between the unmasking of covert CIA operative Valerie Plame and Kiriakou’s case.  Kiriakou did not “leak.” He made valid disclosures revealing clear illegality, ranging from America’s torture program to its use of specific “coercive interrogation techniques” like waterboarding, which even Attorney General Eric Holder agrees is torture. Even if the allegation that he revealed the identity of an undercover office, the nameSuch disclosures are clearly in the public interest.  In contrast, when Richard Armitage, Bush’s Deputy Secretary of State, outed undercover CIA operative Valerie Plame, he was not trying to disclose evidence of wrongdoing; in fact, quite the opposite. He put at risk national security and people’s lives to undermine a critic.  He was trying to punish former Ambassador Joseph Wilson by exposing his wife. Libby was leaking, not whistleblowing.  His disclosure to the media had no intrinsic public value whatsoever.

Perhaps Patrick Fitzgerald is distancing himself from the Kiriakou case because he is too smart not to get this distinction.