A defense of centrism from a convincing argument against it 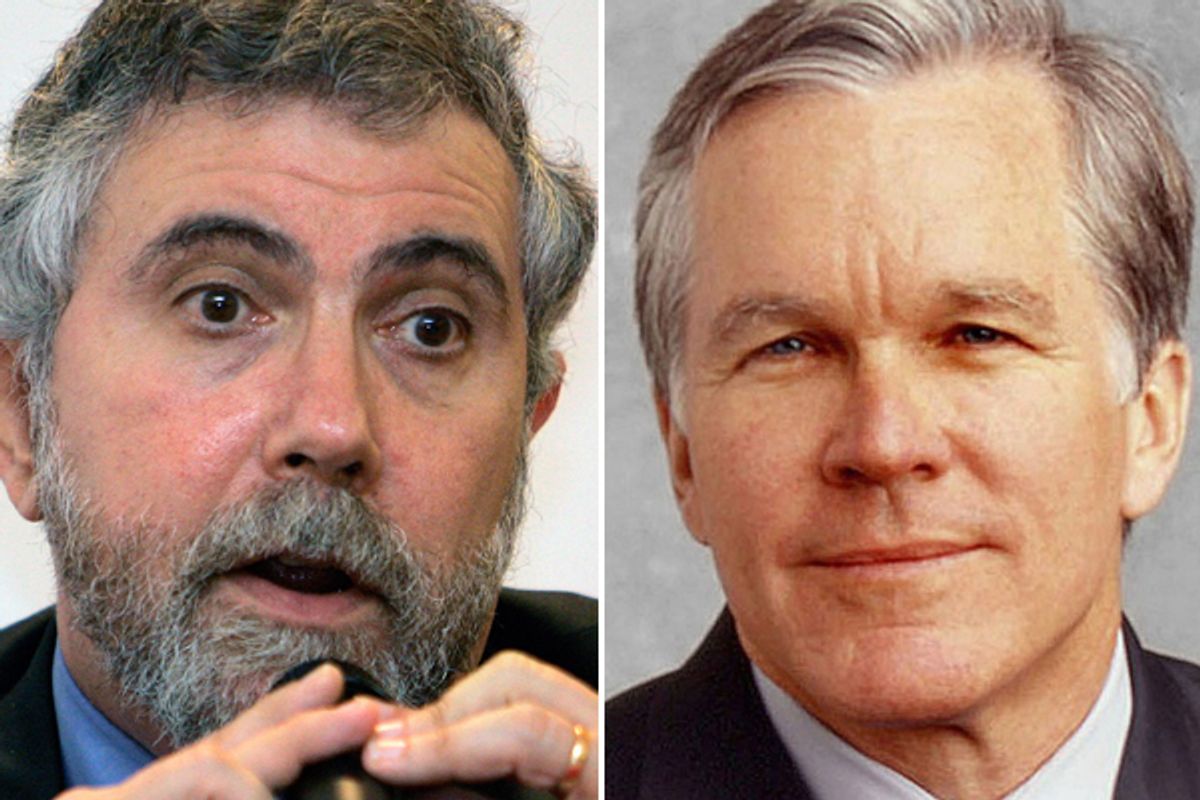 Like a rich WASP family, the New York Times does not, as a rule, air its disagreements in public. The newspaper of record has a (supposedly unwritten) rule barring opinion columnists from criticizing one another by name. It would be unseemly. So you will never see columnist Paul Krugman specifically criticize something written by columnist David Brooks.

But what you will see, regularly, is Paul Krugman criticizing unnamed people who happen to have made the exact same argument as David Brooks. (Or Thomas Friedman.)

Yesterday, former New York Times editor Bill Keller, who is now an opinion columnist despite his distinct lack of interesting opinions, attempted to defend the honor of centrists in a column in which he once again fundamentally misunderstands the argument against "centrism" as a philosophy: It depends entirely on finding the middle point between two extremes, and in our national politics right now, the middle point between two extremes is almost invariably "the Democratic Party agenda." An ideological moderate has an ally in Barack Obama. The pathological centrist, on the other hand, dreams of a candidate whose beliefs are directly between Obama and Romney, even though such a candidate would be more conservative than "moderate."

Keller defends his argument with research provided by "Third Way," a centrist think tank dedicated to pushing the Democratic Party ever further to the right. According to "Third Way" polls, Democrats can only win by appealing to people exactly like the founders of Third Way: "pro-business" deficit hawks. "Pro-business" deficit hawks tend to be massively overrepresented in New York and Washington elite circles, so an argument that everyone else in America thinks the same way has a certain appeal to someone like Bill Keller. It is all bullshit: "Fiscally conservative, socially liberal" voters represent a slim minority of a slim minority of actual voters, even if they also represent a majority of newspaper and magazine editors.

Keller is maybe not the best example of the important role of the "centrist" in the American political arena, as he is one of those many "centrists" whose dedication to "centrism" led him to push for war against Iraq as a means of retaliating against an entirely different group of people who had attacked us on 9/11. The radical, extreme leftist view, at the time, was that maybe we don't really need to invade and occupy Iraq, and many of those sage centrists now share that opinion.