Lego tries to get less sexist 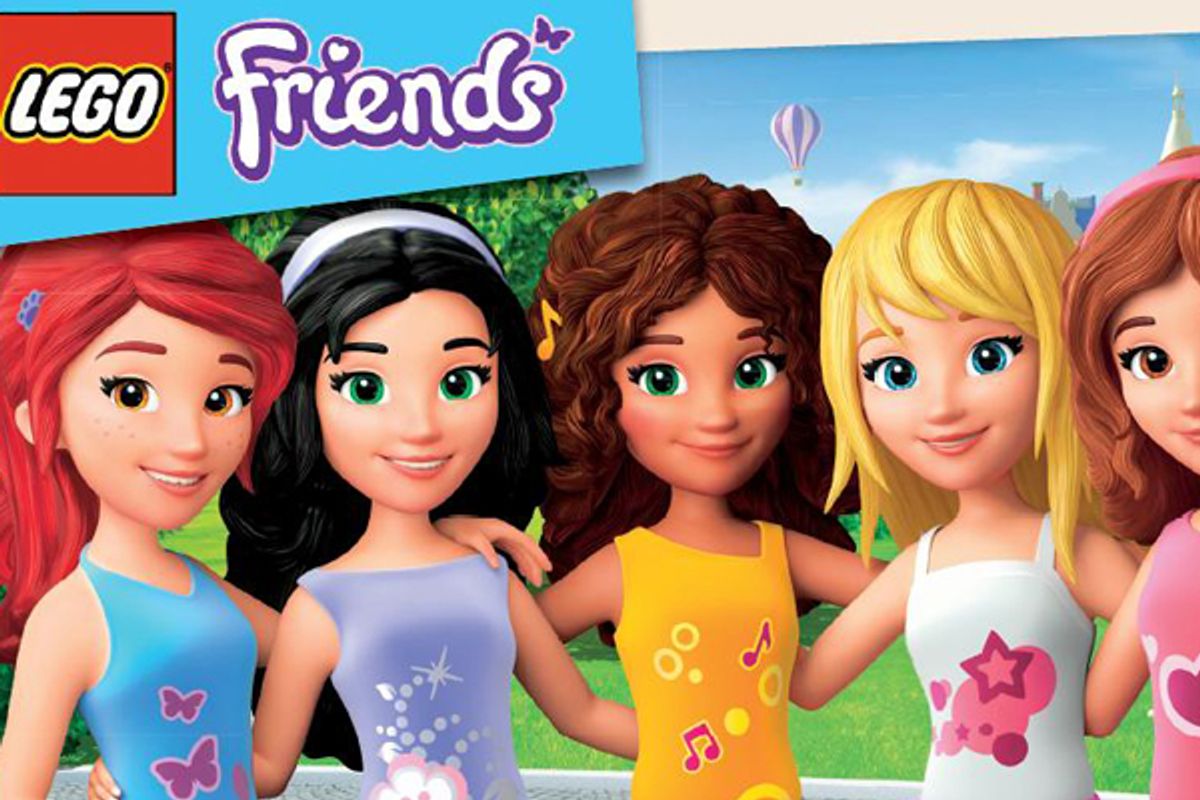 When I was a kid, you know what we called Legos for girls? Legos. When my own young daughters were small, you know what they called them? Legos. They came in blue and red and green and yellow. But lately Legos, like damn near every other object in the toy aisle, have felt the need to assert their gender.

It started when the company began aggressively marketing to boys back in 2005, offering up what BusinessWeek recently described as "spaceships and laser cannons … martial arts and supernatural powers," a world in which "80 percent of the characters are boys." But the extreme genderfication of Legos put the company in a self-imposed bind. How to respond to the demands of consumers who want a more daughter-friendly Lego? There was only one thing to do next – make some girly Legos!

Just in time for the holidays, the Danish brand rolled out a pink-themed line of Lego Friends last December, featuring curvaceous, pretty girls who play in pastel-themed, gently constructed cafes, beauty shops, puppy houses and their own little stages. That's the life of a girl for you  – looking pretty, "decorating your house" and eating cupcakes.

From the get-go, the Lego Friends were met with a not-so-friendly response. The International Association of Eating Disorder Professionals called the line  "devoid of imagination," and said it would "promote overt forms of sexism." US News offered "5 Reasons Not to Buy Your Daughter Pink Legos."  In Time, Ruth Davis Konigsburg bemoaned that "With its emphasis on physical appearance and limited career choices — [is it] really any different from that of Disney’s princesses?" She continued, noting how the Friends sets require the barest of construction, "LEGO Friends doesn’t give girls the same sense of mastery and accomplishment that it gives boys."

So it's a hopeful sign that on Friday, members of SPARK (Sexualization Protest Action Resistance Knowledge) are sitting down for a meeting with Lego executives. The goal, as SPARK optimistically explains, is that "We want [Lego] to commit to dramatically increasing the female characters in their non-Friends lines. (The current numbers are pretty dismal.) We want them to consider female representation when choosing pre-existing material to adapt into new toys. And we want them to improve the Friends line."

It's a bold hope, especially when Lego reports that Friends line is "off to a very strong start" just the way it is. But it would be wise for a company founded nearly 50 years ago with the imperative to create toys for "girls and for boys" to remember that goal doesn't mean "girl toys and boy toys."  We don't need to ostracize our sons and daughters to the divergent wildernesses of ninja land and beauty parlors.