"Darling Companion": A death knell for the baby boom? 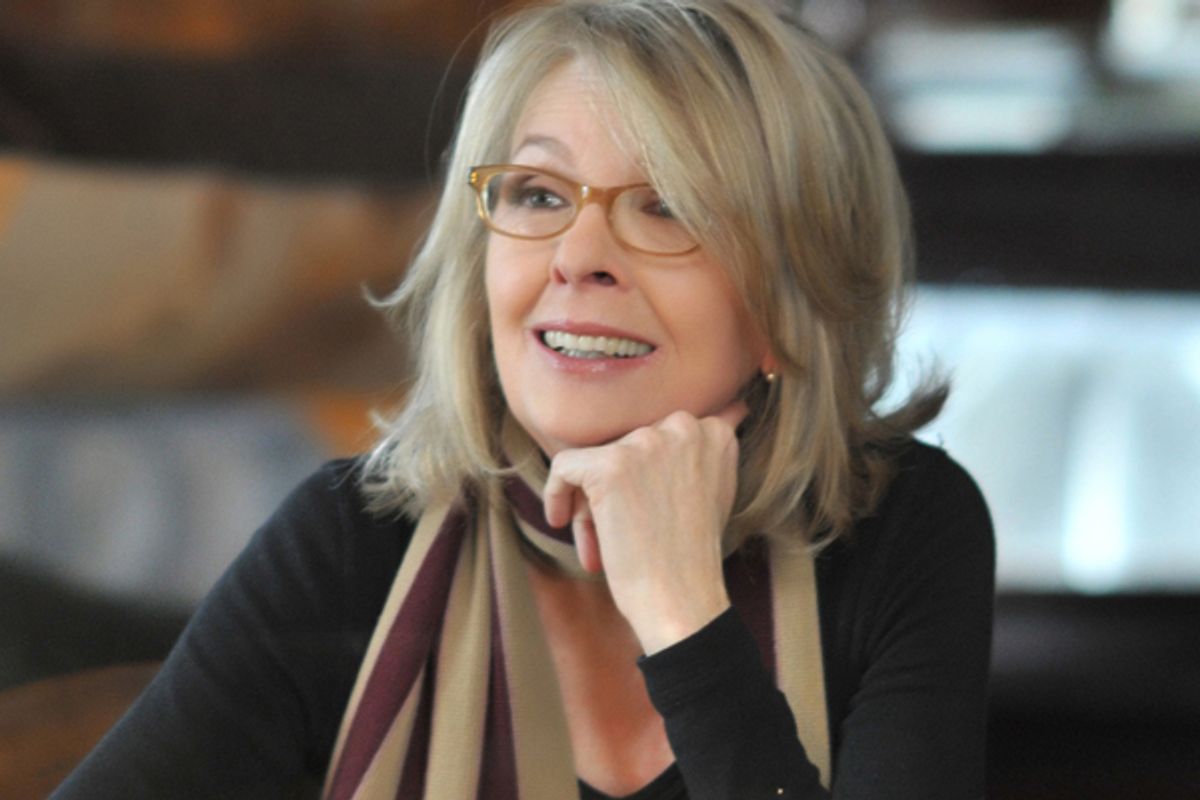 If you consider yourself a movie buff and have only a vague idea of who Lawrence Kasdan is, or none at all, then you're almost certainly on the dewy side of 35. Bursting onto the Hollywood scene in the early '80s as the writer-director of "Body Heat" and "The Big Chill," not to mention the principal screenwriter for "Raiders of the Lost Ark," "The Empire Strikes Back" and "Return of the Jedi," Kasdan was one of the hottest guys in the business for at least a decade. Today, although he's younger than Steven Spielberg or Martin Scorsese (and only a few years older than the Coen brothers, for instance), Kasdan looks like a flailing, irrelevant has-been. His entire career, and his unfortunate and completely uninteresting new movie, "Darling Companion," which is about a bunch of rich white people looking for a lost dog, illustrates the dangers of attaching yourself firmly to a generational identity. In other words: Ask not for whom the mutt woofs, Lena Dunham. It woofs for thee.

"Darling Companion" is supposed to be the third film in an operatic trilogy of ensemble pieces about the baby-boom generation's progress through life, one that began with "The Big Chill" in 1983 and continued with "Grand Canyon" in 1992. If that sounds a little depressing, you haven't even seen the movie yet. Whatever the real or imagined crimes of the boomers may be, they don't deserve this pallid, embarrassing canine comedy that squanders a cast of terrific actors on playing 1 percenters trapped in a Colorado resort community. And I don't even want to talk about the sexy, sultry Gypsy fortune teller (played by Israeli actress Ayelet Zurer) who keeps having visions of where the dog might be, or what colorful local yokels he may have encountered. Doesn't the Roma community have some equivalent to GLAAD or the NAACP? Get on it, people! Zurer's character may or may not reflect actual bigotry, but New Age idiocy is almost as bad.

Kasdan was himself 34 when he released "The Big Chill," his second film as a writer-director after the sizzling neo-noir "Body Heat," and thereby became the self-appointed priest of boomer self-regard. I don't know whether I'd view it more generously today, but at the time "The Big Chill" struck me as a highly effective morass of manufactured emotion. Telling the interlocking stories of a group of former college pals coming to grips with adulthood after the early death of one of their number, it set the template for a sentimental, day-of-reckoning genre that's been popular ever since (but which Kasdan did not invent, to be sure), launched the white-people Motown revival craze of the early '80s, and propelled several of its cast members, including Glenn Close, William Hurt and Jeff Goldblum, onto star trajectories. It also marked the beginning of Kasdan's collaboration with Kevin Kline, who has played an apparent authorial surrogate in six of the writer-director's films. (One could argue that their careers are parallel in other ways: Both Kasdan and Kline have been productive and successful, but neither has quite fulfilled the hype of their early years.)

But here's the main thing about "The Big Chill," seen from this distance: It was clearly a personal film in a way that "Body Heat," and Kasdan's screenplays for George Lucas and Spielberg, had not been. It was such a huge success, and touched the lives of such a vast cohort of baby boomers who were then around 30, that it sent him in entirely the wrong direction. I get it, actually. It would have required superhuman willpower to say: Well, I told a story about my own life and got three Oscar nominations, and a whole generation of college-educated white folks bought into it as being their story too. But I should just go back to writing thrillers and adventure movies because that's what I'm actually good at!

Of course Kasdan saw the post-"Chill" period as a chance to indulge his grandest personal ambitions; anyone would have. He made a game effort to resuscitate the big-budget western around Kevin Costner, not once but twice ("Silverado" in 1985, which is pretty good, and the lumbering "Wyatt Earp" in 1994), adapted the most popular novel of fellow boomer avatar Anne Tyler ("The Accidental Tourist"), and even wrote a screenplay designed to turn doomed R&B superstar Whitney Houston into an actress ("The Bodyguard"). But all of that wraps around the release of "Grand Canyon," a multi-stranded tale of life in Los Angeles that prefigures Paul Haggis' Oscar-winning "Crash" and stands, for better or worse -- and there's plenty of both -- as the apogee of Kasdania.

"Grand Canyon" (co-written with Meg Kasdan, Lawrence's wife) came out at almost the exact moment when Bill Clinton became the leading candidate of the 1992 election, and the two phenomena are closely aligned (at least for me) as markers of the boom generation's political and cultural ascendancy. Mawkish, sincere, self-indulgent and daring (and in all those ways like Clinton himself), "Grand Canyon" has no shortage of ambition. It tries to break out of the prison of privileged whiteness Kasdan had captured in "Big Chill," depicting Kline's affluent lawyer character's awkward struggle to befriend a black tow-truck driver (Danny Glover) who has rescued him from muggers. (As in "Big Chill" and "Darling Companion," Kasdan apparently drew on incidents from life.) It compiles a veritable laundry list of early-'90s obsessions, from urban crime and child abuse to violence in the media and the black-white racial divide (one of several meanings of the title). "Grand Canyon" is simultaneously a much worse and much better film than "The Big Chill": It's more self-indulgent and less clearly organized, but its grasp is also much larger.

Kasdan has made only four films in the 21 years since "Grand Canyon," and none since "Dreamcatcher" in 2003. (Did you see it? Me neither.) All I really need to tell you about "Darling Companion" is this: Those who have seen "Grand Canyon" will recall that one of the film's numerous crises arises when Mary McDonnell, playing the wife of Kline's character, finds an abandoned baby when she's out jogging and tries to adopt it. In the new movie the same thing happens again. Except that it's Diane Keaton, being all zany and dotty in her inimitable style as the wife of Kline's ultra-rich spine surgeon. And she finds a dog, not a baby. Oh, and she's not jogging, she's driving. And it's beside the freeway in Denver, not in L.A. In other words, the drama has been dialed down from, like, 11 to 0.8 across the board, and it doesn't improve from there.

Now, just to be clear: Apparently Meg Kasdan really did rescue a lost dog from the freeway, and good for her. Then it apparently got lost again, and I'm sure that was painful. I do not begrudge these nice people their dog, either in the movies or in real life, and just about the only flash of self-awareness you will find in "Darling Companion" (again co-written with Meg) lies in the observation that pets take on an outsize importance in the lives of empty-nesters as they draw near to old age. (I have no problem, in a general way, with movies about dogs, although I'm not sure I will ever inflict "Sounder" upon my children.) Indeed, the 60-something empty-nester phenomenon is rife with dramatic and comic possibility, but this zero-wattage knockoff of "Midsummer Night's Dream," which features Kline, Keaton, Dianne Wiest, Richard Jenkins, Mark Duplass and the aforementioned offensive but smokin' Gypsy seeress stumbling through the Rocky Mountain forests after the missing pooch, captures none of it.

Kasdan never spoke for an entire generation when he was a huge success, and he doesn't now. It absolutely isn't fair to claim that his failed trilogy tells us anything about the failure of America's effusive, optimistic, would-be-world-transforming postwar generation. But it sure is tempting. Because the tragedy of "Darling Companion" isn't that it's a silly and inconsequential movie about some old people and a dog but that it's such a blind, closed and cosseted movie, depicting an isolated world of rootless characters who have sealed themselves off in a beautiful nowheresville far away from the social conflicts Kasdan once tried to wrestle with so vividly. The doggie in "Darling Companion" is a big, warm bundle of puppy love; his owners are lost forever in a big chill.

"Darling Companion" opens this week in New York and Los Angeles, with wider release to follow.