"Think Like a Man": Why are rom-coms still segregated? 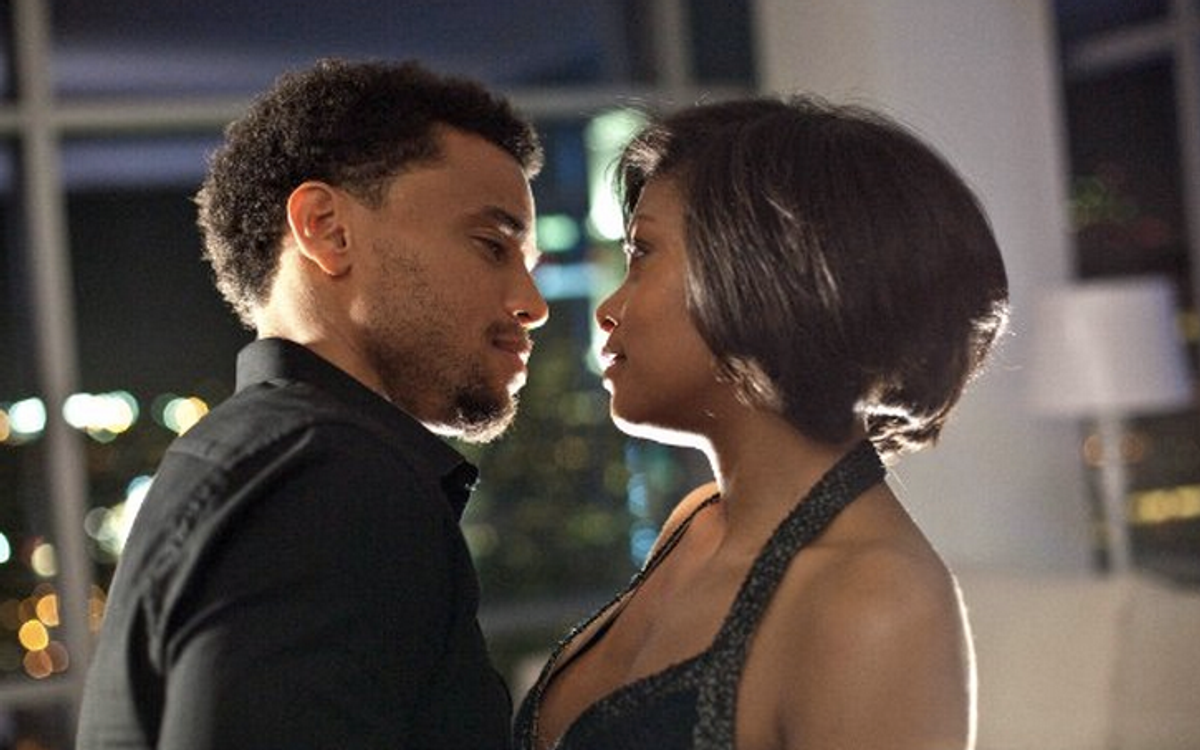 Taraji P. Henson and Michael Ealy in "Think Like a Man"
--

So there's a black guy in the White House who may (or may not) get reelected, and we're long past the point when anyone finds it weird to find white rural kids listening to hip-hop in their Chevy pickup with the Rebel flag sticker. We absolutely do not live in a post-racial society, as the Trayvon Martin case has made clear, and for many African-Americans, economic and geographic segregation remains a fact of life. But at least in the cultural arena, racial signals are more mixed and mingled than ever before, as Barack Obama's complicated ancestry and upbringing exemplify. With the emergence of fast-growing and newly confident Latino and Asian-American cultural identities, the old black-white polarity of American life is gone forever.

How, then, do we account for the near-total segregation of the relationship comedy and the rom-com? If anything, "Think Like a Man," the awkward but intermittently amusing black-centric ensemble film built out of comedian Steve Harvey's self-help bestseller "Act Like a Lady, Think Like a Man" deserves a gold star for its generous portrayals of Caucasians. OK, it's true that one of the white guys in the movie (Gary Owen) is your standard-issue ultra-square doofus, found in black-oriented movies since time immemorial, whose role is to serve as the butt of white-boy jokes and make accidental racist remarks that the black characters then acknowledge are partly true.

The other one, though, is Jeremy (Jerry Ferrara of "Entourage"), an unshaven, semi-unemployed dope who is one of the story's central band of henpecked bros, and whose nerdy, bespectacled girlfriend, Kristen, is played by Gabrielle Union, arguably the most gorgeous of "Think Like a Man's" bevy of beauties. (If I really wanted to go semiotic on you all, I would argue that Ferrara's presence calls attention to the fact that race is a subjective category with no scientific meaning: He's white, all right, but after a Brooklyn Italian fashion, and his skin is barely lighter than that of blue-eyed dreamboat Michael Ealy, who is black.) Anyway, nobody in the movie acts as if Jeremy and Kristen's relationship is any sort of groundbreaking event, plus you get to see Union play the kind of woman who knows who Frodo Baggins is, and wears a Voltron T-shirt. Whether that's in any way convincing is beside the point, given that any resemblance between "Think Like a Man" and anyone's life, black or white or otherwise, is pure happenstance. But would a "mainstream" (i.e., predominantly white) comedy depict an interracial relationship so casually, even in 2012? I don't actually think so.

Setting aside Jeremy and his impressive collection of early-1990s action figures -- his conflict with Kristen, rendered in Steve Harvey-ese, is "The Girl Who Wants a Ring vs. The Non-Committer," and you get only one guess about who ends up on his knees, blubbering, with a little box from the jewelry store in his hand -- "Think Like a Man" is pretty much just "Valentine's Day" or "He's Just Not That Into You," with the racial polarity reversed. Director Tim Story and screenwriters Keith Merryman and David A. Newman have to shoehorn four warring couples, several sidekicks and a whole bunch of random Harvey-isms into one package, and it won't quite fit. (Women are invited to compare themselves to different varieties of fish at the end of an angler's line, and cautioned: "Holding out for better is making you bitter.") I'm not going to claim this is a good movie, in some Platonic-ideal way, but I enjoyed it more than I did those paler versions, maybe just because the music's better, or because it's fun to see all these undervalued black actors -- Ealy, Union, Taraji P. Henson, Regina Hall, Terrence J, Romany Malco and the scabrous, hilarious Kevin Hart -- cutting loose, even in a scenario as dumb as this one. (Yes, controversial R&B star Chris Brown is also in this movie, in a bit part as, and I quote, "an Axe body spray-wearing man-ho.")

There are a few digs at African-American filmmaking titan Tyler Perry in "Think Like a Man," as when one character describes the Perry formula: The beautiful woman gets dumped by a bad man and rescued by a good man, and they both find Jesus at the end. There's no savior on hand here, and the dialogue is racier and more urbane than Perry's. With the exception of Hart's foulmouthed and down-home Cedric (whose estranged wife is played by radio personality Wendy Williams), everybody belongs to the acquisitive, upward-bound middle class. But in the larger sense this movie belongs alongside Perry's work in the alternate universe of black-oriented entertainment, which not only continues to exist -- as it has, in various forms, throughout American history -- but may be thriving now more than ever.

This may seem curious at first. Many kinds of mainstream Hollywood movies, especially thrillers and action flicks, have gradually gotten more diverse over the years, which may reflect a white audience's increasing willingness to root for heroes of color, but probably has a more pragmatic motivation. Anyone who understands moviegoing demographics will tell you that African-Americans and Hispanics are overrepresented -- often dramatically so -- among audiences for action-adventure movies, horror films and mainstream comedies. Giving those viewers someone "relatable" in the cast (I hate that word, but apparently it's standard English now) is good marketing sense.

Love stories, however, work by a different logic, and a form of circular marketing logic kicks in. Here's how I think it works, from Hollywood's point of view: One nonwhite couple in the background of a mainstream rom-com is fine, and the sassy black friend dispensing advice is a perennial. But if you put an interracial couple in a mainstream movie, you're making an apparent statement, and running the risk of alienating a handful of more, erm, "traditional" white viewers. (As I've said, "Think Like a Man" suggests that black audiences may be less skittish about this.) If you make the black couple too central, or push the cast beyond, say, one-quarter nonwhite, you reach some perceived tipping point, and it's an "urban" movie, playing in Harlem and Oakland and New Orleans and South Central L.A. at the theaters that played "Red Tails" and "I Can Do Bad All by Myself."

Now, there may be some insight about human nature here, in that people are always more likely to go see a love story about characters they can identify with (whatever that means). Or maybe it's just a matter of bigotry and bad science. Very likely it's some of both, I really don't know. What I do know is that the film industry is always overly cautious in responding to social change. Remember that "Philadelphia," in which the gay couple didn't even kiss, was heralded as a breakthrough! And that black people will flock to movies like Perry's or Story's (he also made the 2002 hit "Barbershop"), even when the craftsmanship is indifferent, because they so rarely get to see their love lives glamorized or ironized on the big screen, whereas whites have gotten to see that happen every month of every year of the last century.