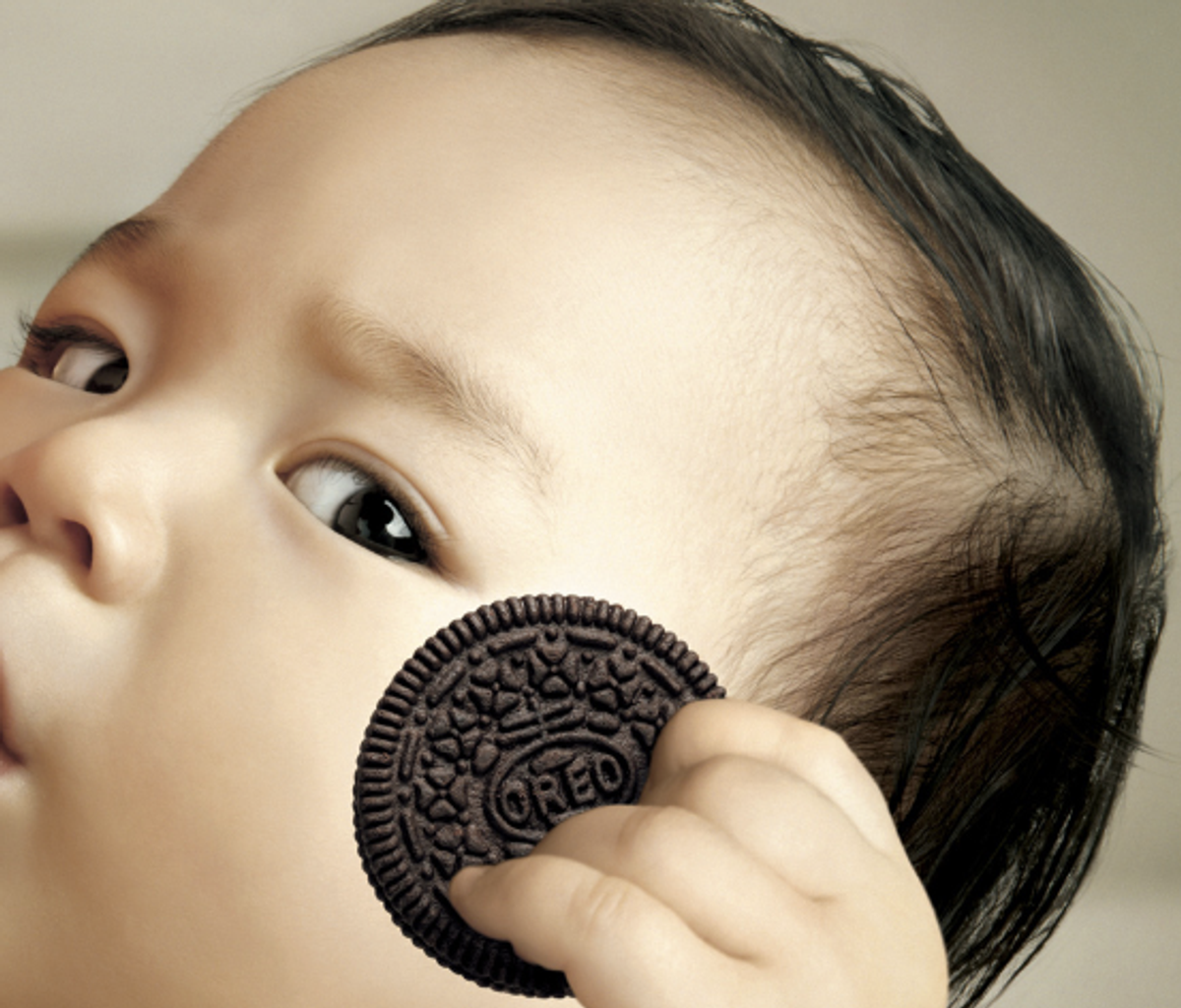 Breasts and advertising go together like bikinis and Tabasco sauce. The eroticization of breasts has even been used to sell breast cancer awareness.  Hey, why not? They're sexy, they're pretty, and I guess somehow they make people want to eat Doritos. I've never fully worked it out. But what to make of an ad that cheekily shows breasts in one of their primary roles, pairing a classic combination in a whole new way?

In a new Korean ad for "milk's favorite cookie," a chubby tot brandishes an Oreo while lapping at milk – at his mother's breast. It's a striking picture, although not an altogether persuasive one. The photo looks heavily Photoshopped – the baby's hand not quite connecting with the cookie, the mother's breast flawlessly doll-like. And considering that nursing babies aren't exactly a large segment of the cookie-buying demographic, the intention of the ad's a bit of a head-scratcher.

Kraft Foods stated Thursday that the ad "was created by Kraft's ad agency, Cheil Worldwide, for a one-time use at an advertising forum and was not intended for public distribution or use with consumers," though the fact it that was created at all says something about the powerful, primal allure of the female body. It's also surely a window into some desperate agency brainstorming session – "Cookies! Milk! Milk and cookies! AHA BREAST MILK!" And then someone got a promotion.

Yet every time there's a breast in a context that doesn't involve Victoria's Secret, there's an inevitable -- and negative -- reaction. Fox Nation quickly deemed the image a "shocker," while ABC News called it "controversial." If you've ever sat through the parade of T&A known as the Super Bowl ads, that this should be shocking and controversial is almost laughable. Yet MSNBC writer Kavita Varma-White likewise wondered if there was something "kind of... icky… about the way this ad blatantly sexualizes breast-feeding" and complained of its "women-being-objectified" vibe. Well, it's a heavily idealized version of what a working, lactating breast looks like, that's for damn sure. But does that make it automatically sexualized? I'd argue not in the least. As a memorable photo, it's the knowing look in the baby's eyes, combined with intimate closeness of the scene, that makes it compelling.

It may never have been intended for wide distribution – and the mind reels at the very idea of a country like the U.S. being progressive enough to accept breasts in their natural, maternal context. But the image of a baby at a breast and an Oreo cookie aren't so odd or disconnected at all. They're both simply, beautifully sweet.