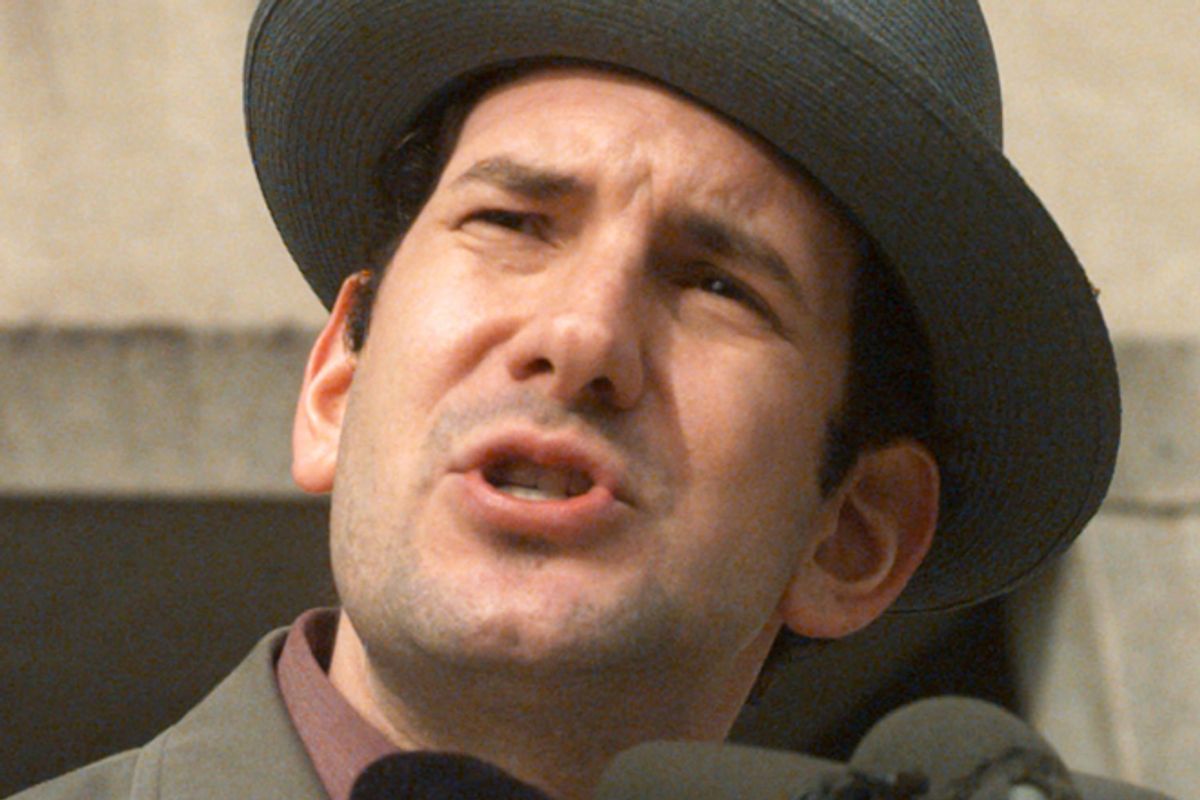 D.C.’s conservative newspaper, the Washington Times, has long been mocked for its crazy owner, the Rev. Sun Myung Moon. When he isn't busy performing mass weddings, the billionaire Moon has been underwriting the money-losing paper -- which, at a high point, once earned the personal praise of Ronald Reagan. Recently, however, the Times has struggled, not just because of the usual industry woes, but also because of infighting among the 92-year-old Moon’s heirs. Thankfully, the Times has had a helping hand from another famous right-wing eccentric: Matt Drudge.

For the past year, Drudge has provided the Washington Times with, on average, 46 percent of its monthly traffic. In November of 2011, the Drudge Report sent 4.7 million visitors to the Washington Times website, or 57 percent of all the Times’ traffic that month. By comparison, just 820,000 visitors actually accessed the Times through its homepage that November. (These numbers come from the Times’ internal Google Analytics statistics, which Salon obtained.)

Joseph Curl, a veteran political journalist and longtime friend of Drudge who had worked for the Drudge Report as an editor since May 2010, joined the Times that month. Curl's first column coincided with a 30-person hiring spree. And in May 2011 -- the last time Drudge referrals to the Times dipped below two million -- it became clear that Drudge was employing another Washington Times hire from March 2011, Charlie Hurt, who had quietly left his job as the New York Post’s Washington bureau chief several months earlier. Hurt's first Times op-ed ran the same week as Curl's.

Are Hurt and Curl channeling traffic from one employer to another? And could the Times have hired Hurt and Curl with the expectation that the site would benefit from their jobs at Drudge? Hurt, Curl and Drudge, along with the Washington Times president, Tom McDevitt, all declined to comment. However, as editors at the Drudge Report, a famously small and close-knit shop, it seems unlikely that they are unaware of -- or unconnected to -- the sudden boom in Washington Times links. Both men have also personally benefited from their dual employment, as the Drudge Report has given their Washington Times’ columns coveted spots on the website’s blogroll. (Such a black box is the Drudge Report editorial apparatus that Curl and Hurt declined to comment on what their specific roles are at Drudge or whether, in fact, they even worked there still. A Washington Times insider says that both, however, continue to work for Drudge.)

Drudge is famous, of course, for his power in conservative circles. He is credited with helping put Mitt Romney over the top in the Republican primary, even coming under attack from Rick Santorum. Like Romney, the Washington Times can also credit much of a recent turnaround to Drudge. While the paper survives, as always, on the largesse of the Moon family, Drudge has helped the paper’s website restore traffic to the levels it enjoyed in the mid-2000s, before the economy and Moon family squabbles gutted the paper and its website. The man who became famous for nearly toppling a president now appears to be using his influence to prop up a right-wing paper.

Lindsay Beyerstein is a freelance journalist based in New York. She blogs at Majikthise