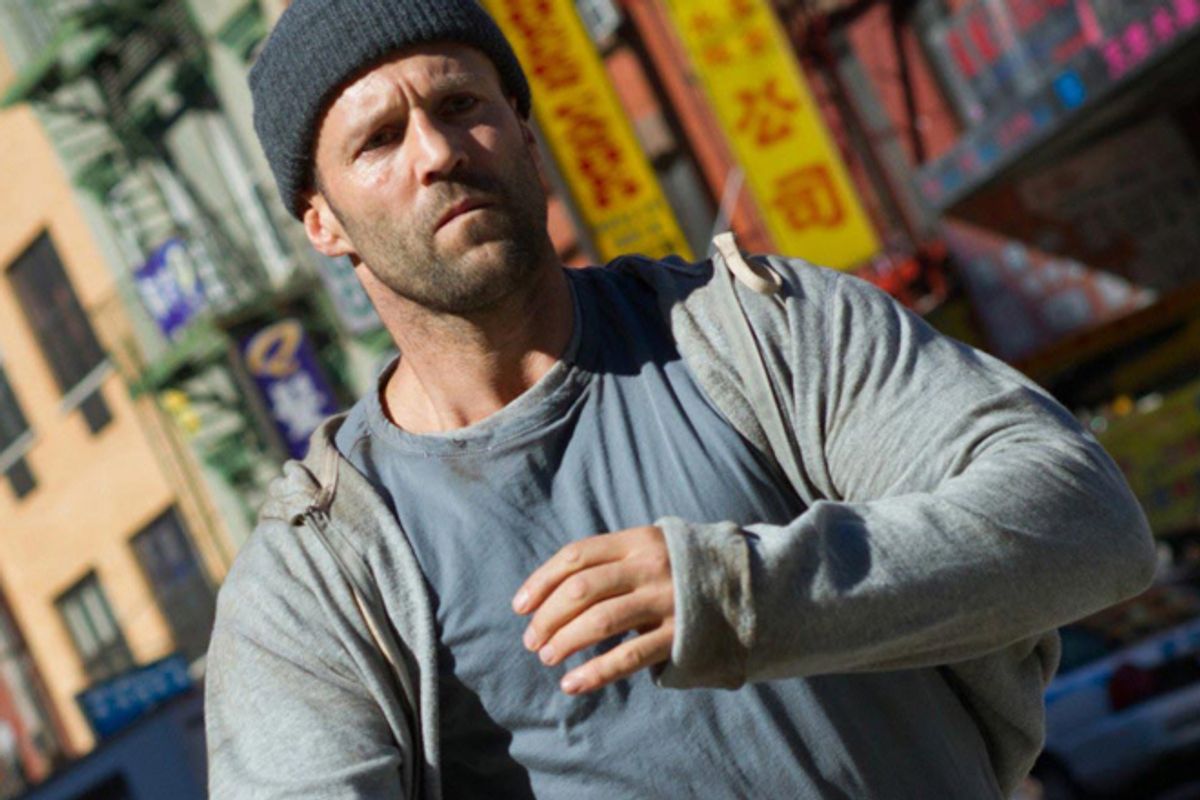 It's easy at first to draw comparisons between today's America and that of the 1970s -- economic struggle, a widening gulf between rich and poor, a persistent sense of national crisis -- but as those who actually lived through that storied decade can tell you, once you get to the details it all falls apart. The '70s was a decade of explosion: Exploding inflation, exploding crime rates, terrorist bombings all across the Western world. Civil society itself seemed to be collapsing back then, whereas today we have an almost opposite set of problems: low crime, low mortgages, low wages, and an intrusive, all-seeing security state that keeps disorder to a minimum.

But movies, speaking generally, are better at depicting psychological states than objective reality. And given the pervasive anxiety of our times, it isn't surprising that mainstream cinema has started to hark back to the '70s, a decade of maximum screen disorder and maximum creativity. There are quite a few thrillers and action flicks of the past few years that partake of a '70s-flavored dystopian and/or paranoid vision, from Chris Nolan's "Batman" series to "The Hunger Games" to "In Time" and the underappreciated Liam Neeson thriller "Unknown." (Jonathan Hensleigh's "Kill the Irishman," one of my favorite dark-horse actioners of the past several years, has the excuse of actually being set in the '70s.) But none, perhaps, possess the Charlie Bronson, bullet-in-the-teeth authenticity of writer-director Boaz Yakin's trashy, bloody, riveting "Safe."

I assume the title is meant to be ironic, possessing all the subtlety of Jason Statham hitting you repeatedly in the head with a shovel. I don't think that actually happens in "Safe," but given the impressive body count piled up by Statham's character, an ex-MMA cage fighter (and ex-NYPD officer, and ex other things I'm not supposed to tell you about) named Luke, I wouldn't be surprised. No one and nothing is ever safe in "Safe," and no one is decent or trustworthy, with the possible and partial exception of Mei (Catherine Chan), a kidnapped 11-year-old Chinese girl whom Luke fastens on to as his vehicle of redemption. Luke would be the first to tell you -- in Statham's put-on but entertaining Noo Yawk wise-guy accent -- that he's a bad dude in all senses of the term. But he's also one of those action-movie heroes who's lost everything and everyone he's ever cared about and has decided to go out with guns blazing to fight for whatever flickers of decency still exist in this crazy freakin' world.

Yakin builds an impressive mountain of nihilism in this movie. And though it's not precisely the same nihilism you'd encounter in a genuine Charlie Bronson movie from the Carter administration, it has a similar nightmarish flavor of present-tense dystopia. In the New York that Luke moves through, kicking extensive ass without bothering to take names, the ungovernable metropolis of 35 years ago has been transformed into a massive rigged game. Russian and Chinese mobs are engaged in an endless turf war, with Mei -- a math prodigy who can hold massive amounts of numerical data in her head -- serving as their pawn. Meanwhile, the NYPD are depicted as a posse of cynical scumbags who make the vicious, warring gangsters look honorable, playing them off each other for an ever-larger piece of the action. And need I even mention that when the upper echelons of city government get involved, they're the worst of all? (Among all the sleazy supporting roles in "Safe," I especially enjoyed Chris Sarandon as the gay, mustachioed and profoundly evil mayor of Gotham.)

Arguably the vertiginous, corrosive, all-encompassing paranoia of "Safe" is just a matter of style for Yakin, a Hollywood veteran whose career as a producer, writer and director follows no particular pattern. (Maybe you can connect the dots between "Hostel," "Remember the Titans" and "Prince of Persia: The Sands of Time," but I can't.) More to the point, it's a style that sets a perfect stage for Statham, the bald, blocky, graceful English action star who seems on course to becoming a modern-day Bronson or Burt Reynolds. (He will reportedly star in a remake of "Heat" -- the 1986 Reynolds vehicle, not the 1995 Michael Mann movie -- for Brian De Palma.)

Statham definitely possesses a certain man's-man charm to go with his admirable stunt-man skills, but I hope he's smart enough to understand that this role opposite a preteen Chinese girl is as close as he should come to doing kiddie movies (à la late Schwarzenegger, or Dwayne Johnson). Absolutely do not bring the little ones to "Safe," unless they're sick bastards who've gotten bored with your VHS copies of "Death Wish II" and "The Evil That Men Do." This is a nonstop barrage of indiscriminate killings, beatings and bone-breakings, much of it inflicted by Statham's Luke without him even changing expression. From its implacable hero and thoroughgoing cynicism to its electrified pace and fairytale conclusion, "Safe" is both a slavish imitation of cinema gone by and a movie for our time. I found it wickedly entertaining and perversely refreshing in its total lack of contemporary piety. But maybe that's just me.