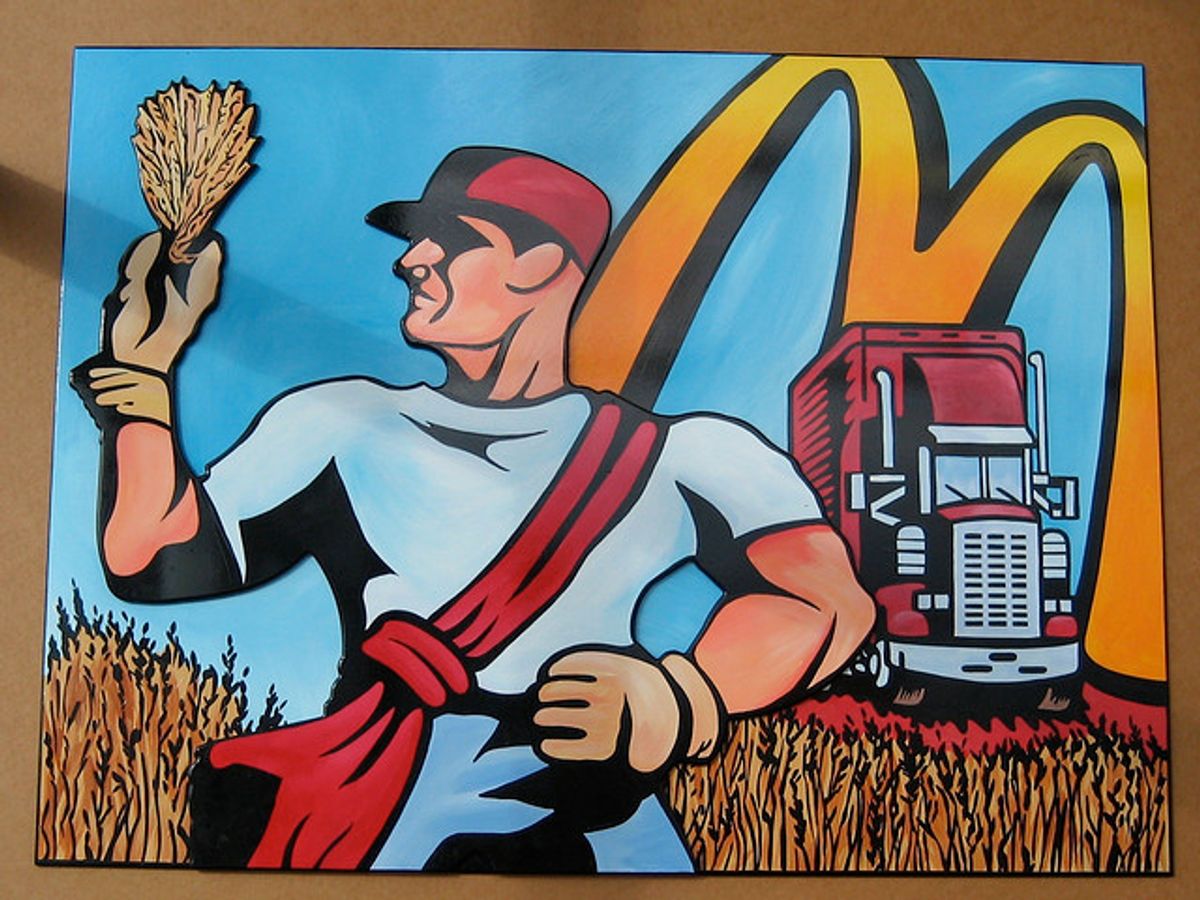 Sen. Tom Harkin, Democrat of Iowa, has introduced a bill to raise the federal minimum wage to $9.80 from its present level of $7.25. Polls are showing many voters in favor, though they are confused about what it would mean for the job market. The truth is that a move would be good for a slow economy and have a positive impact on the job crisis. Naturally, this has led to the usual cries of opposition, largely based on the notion that raising the minimum wage hurts the very people it is supposed to help. Typical of this view is a letter to the New York Times from Michael Saltsman, a fellow at the Employment Policies Institute, a business-backed nonprofit research group (surprise!).

Saltsman trots out the old canards against the minimum wage, claiming that research indicates that a minimum wage increase "simply doesn’t help the poor — in fact, it hurts them." He cites studies which showed that states with their minimum wages between 2003 and 2007 found no associated decline in state poverty rates. Saltsman gives three reasons for this:

Let’s take these arguments in turn. Implicit in the first point is that a majority of working-age individuals don’t work because they choose not to (that is, they are lazy scroungers), or because unemployment is caused by laziness or lack of training. The argument they often use is that “I can get a job; therefore all the unemployed could get jobs if only they tried harder or got better education and training.”

The way I go about demonstrating that fallacy is a dogs-and-bones example. Say we have 10 dogs and we bury nine bones in the backyard. We send the dogs out to find bones. At least one dog will come back without a bone.

We decide that the problem is lack of training. We put that dog through rigorous training in the latest bone-finding techniques. We bury nine bones and send the 10 dogs out again. The trained dog ends up with a bone, but some other dog comes back without a bone (empty-mouthed, so to speak).

The problem is that there are not enough bones and jobs to go around. <!--The “bones” in the jobs discussion are insufficient spending power in the economy.--> It is certainly true that a well-trained and highly motivated job seeker can usually find a job. But that is no evidence that aggregate unemployment is caused by laziness or lack of training. And besides, we could easily determine how much unemployment is truly voluntary. The government could serve as the “employer of last resort” under a job guarantee program modeled on the WPA (the Works Progress Administration, in existence from 1935 to 1943) and the CCC (Civilian Conservation Corps, 1933-1942). The program would offer a job to any American who was ready and willing to work at the federal minimum wage, plus legislated benefits. No time limits. No means testing. No minimum education or skill requirements.

It's hard to believe that reducing or even eliminating the minimum wage (which is the corollary of Saltsman’s point), would enhance employment, when the problem is a basic lack of demand. Business will not hire more workers until it has more sales. Consumers will not spend more until they’ve got more jobs. A private-sector recovery requires 300,000 new jobs every month. But the private sector doesn’t need 300,000 new workers per month until there exists sufficient spending power in the economy to induce them to hire those workers. How is retaining a static, or reduced minimum wage, going to achieve this?

Higher wages means higher income and thus higher consumption spending, which induces firms to employ more labor. So the truth is that economic theory does not tell us that raising the minimum wage will lead to more unemployment; indeed, theory tells us it can go the other way — raising the minimum wage could increase employment. That’s one of the reasons Henry Ford believed in paying his workers a decent wage: so that they could buy his product.

To be sure, even an increase in the minimum wage to $12 or $15 an hour is not going to provide the means to purchase a Ford (or GM) today. And so what if, as Saltsman argues, the workers earning this minimum wage are not living in poverty? Does that mean they wouldn’t spend the money derived from an increased minimum wage? I wonder if Saltsman would also argue that tax cuts across the board are unnecessary because most of the people who receive them are not living in poverty?

That argument is a red herring. The truth is, if you earn your money through wages (unlike many of the 1 percent, who earn through things like investments and a tax system biased in favor of capital gains over income) then a higher wage, minimum or otherwise, would mean that you'd spend the additional dollars, creating jobs for other workers. You'd pay down your mortgages and car loans, getting yourself out of debt. You’d pay more taxes — on sales and property, mostly — thereby relieving the fiscal crises of states and localities. More teachers, police and firefighters would keep their jobs. America would get a virtuous cycle toward higher employment and, more importantly, the cycle would be based on a policy that creates higher incomes, not higher debt via credit expansion.

Then there's the common belief that minimum wages cause unemployment, which relates to Saltman’s third point – namely that less skilled and less experienced employees lose employment opportunities when the cost to hire and train them rises as a result of a minimum-wage increase. It is at least partly true that for an individual firm, higher wages reduce the number of workers hired. But we cannot extrapolate that to the economy as a whole. The issue of eroding wage competitiveness, which allegedly follows from a higher minimum wage, doesn’t really apply to jobs that offer the minimum wage. It might apply to areas such as manufactured goods and traded services like insurance and banking. But these are sectors in which most people already earn far more than the minimum wage.

As far as the minimum wage goes, the jobs we’re talking about are in non-traded services like checkout clerks, hair cutters, domestic help and food-service workers. When checkout clerks and cooks earn more in wages, then businesses start getting the sales required to induce them to hire more workers. And if sales are robust enough, then guess what? Even more workers will be hired, or wages will be increased.

The point is that wages are a source of demand, as well as a cost input. Reduce wages and demand plummets, which more than overrides any cost savings derived from paying less to workers (especially given today's paltry minimum wage, which is hardly a living wage for any American).

Let's be clear: Americans have never embraced welfare. For better or worse, our nation has always preferred a more libertarian path: self-help, personal responsibility, individual initiative. As a result, our welfare programs have always been stingy, temporary and purposely demeaning. But maintaining the minimum wage at today’s ridiculously depressed level does not enhance anybody’s employment prospects. In fact, it makes things worse, because it sucks demand out of the economy and minimizes the chances of those now receiving unemployment benefits or other assistance to quickly get back into the workforce, to "pull themselves up by their own bootstraps," as conservatives like to say. They cannot do that when our politicians continue to focus on policies that merely enhance the incomes of the top 1 percent.