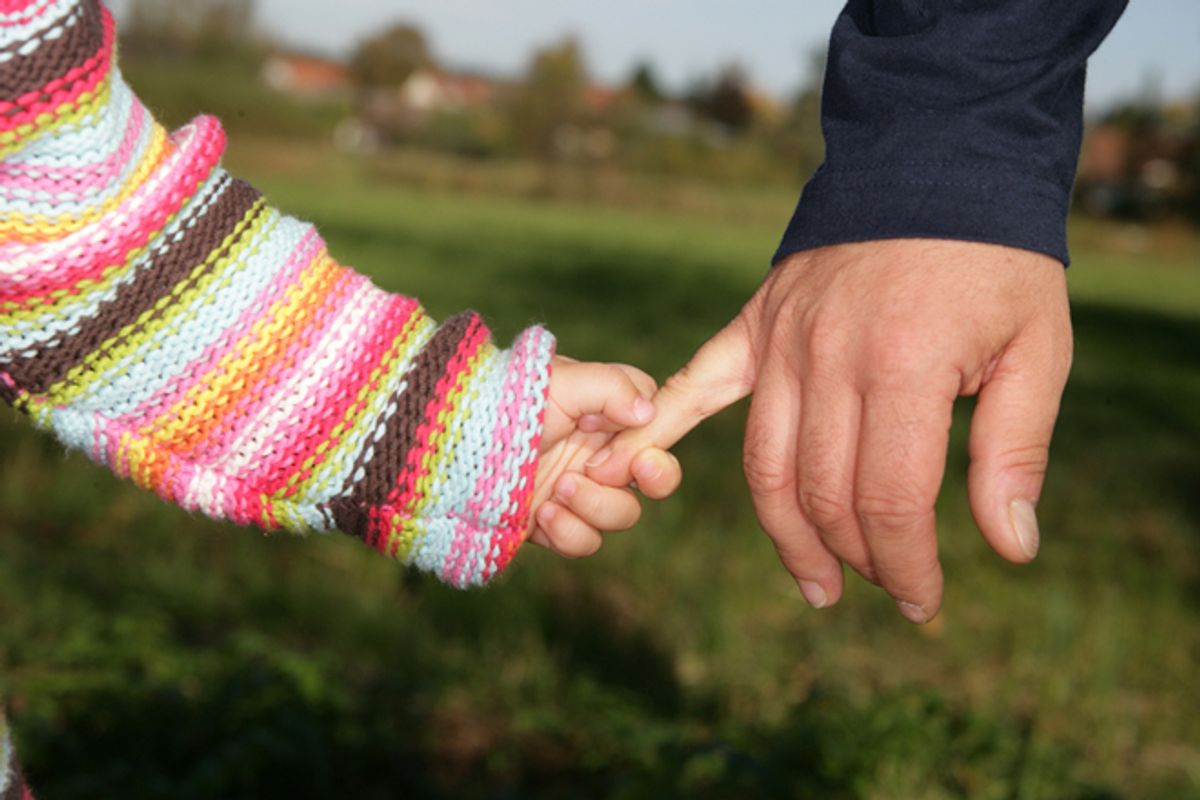 The New York Times would like to know, what'll it be, ladies? Motherhood or feminism? I don't know, I think a better question might be: Are you freaking kidding me?

You'd have to go all the way back to January, when the Times hilariously asked if it should be a "truth vigilante" – i.e., fact-check its sources – to find such a fanciful query in the paper of record. This time, the "Room for Debate" Op-Ed page jumps off from French feminist Elisabeth Badinter's contentious book "The Conflict: How Modern Motherhood Undermines the Status of Women," asking, I kid you not, "Has women's obsession with being the perfect mother destroyed feminism?" It may take its inspiration from a controversial book on the tyranny of attachment parenting, but rarely has a single, short sentence strung together so many incendiary words. You've got obsession, motherhood, perfection and the destruction of feminism all in one tidy package, centered about the tacit acceptance of the notion that by, say, co-sleeping with your infant, you're undermining The Sisterhood. As Time.com editor Jessica Winter mused Tuesday, "Next up:  Fatherhood vs. Sports, Childhood vs. School, Coats vs. Shoes and Cats vs. Dogs."

Let's put aside the merits of Badinter's book here, because that's a whole other can of worms, and focus strictly on the wisdom of a respected newspaper framing an entire conversation in such starkly reductive, not to mention dumb, terms. In that spirit, you've got to take your hat off to the women who bravely made a go of answering the question sincerely -- even though a few of them really did step in it.

Comedian Heather McDonald, for instance, leapt right out of the gate with the admission that "Yes, women's obsession with being the perfect mother, especially 'attachment parenting,' has been bad for working mothers."  Wait, I did not know that we "women" were obsessed in the first place, unless by "women" you mean a small, privileged, neurotic portion of them. McDonald goes on to brag that she "did not breastfeed, make organic baby food or co-sleep with my children. I instead slept with their father, and I am still happily married to him today," because apparently there's a correlation between breast-feeding and divorce. And lest you think sweeping generalizations about motherhood are just for this side of the Atlantic, Pamela Druckerman, author of "Bringing Up Bébé: One American Mother Discovers the Wisdom of French Parenting," airily declares that  "French mothers haven't succumbed to this spiral" of "guilt." Good for you, French mothers! All of you!

There isn't much in the entire package that doesn't feel shamelessly manipulated to incite an old-fashioned chick fight here. Though author and former "Blossom" star Mayim Bialik wisely asks, "Tell me how attachment parenting is inconsistent with feminism?" the out-of-context pull quote beside her piece is instead, "The women who pioneered attachment-parenting support groups and publications are not competitive celebrity divas with nannies on the side."

And most provocatively of all, LaShaun Williams, a "columnist and blogger who writes about parenting and culture," uses her time at bat to declare feminism "a movement that, while liberating women to follow their dreams, devalued marriage and the familial and societal benefits of homemaking and encouraged self-indulgence." People, this statement happened. In the New York Times. TODAY. It's not that the Times, once it got the burning itch to put it out there that motherhood and feminism might somehow be at odds, shouldn't have brought in a decidedly anti-feminist voice. But why choose someone whose qualifications include the fact that "She is on Twitter"? What is this, Fox News?

To be fair, there were occasional flashes of common sense to be found. Author Erica Jong said, "Let’s first agree that there is no such thing as perfection in motherhood -- or in any human activity."  And Maria Blois, author of "Babywearing: The Benefits and Beauty of This Ancient Tradition," sensibly pooh-poohed the whole question, saying, "Attachment parenting does not do anything to us, it does not  'destroy feminism,' it is not 'bad for working moms.' It is simply an ideology we can use within the context of our own life and priorities." And blogger Annie Urban wisely declared that "To achieve meaningful equality, we need to push for a society that values fathers" as well. It's unfortunate their insights are mired in such a steaming pile of editorial tosh, and the flimsiest of pretexts. Most of us do the best we can with what we've got. And in 2012, there shouldn't be any room for debate that being a mother and being a feminist are very much in harmony.