Goodbye to a Beastie Boy

With the death of Adam Yauch, music loses a generational touchstone -- and an endlessly irreverent wit 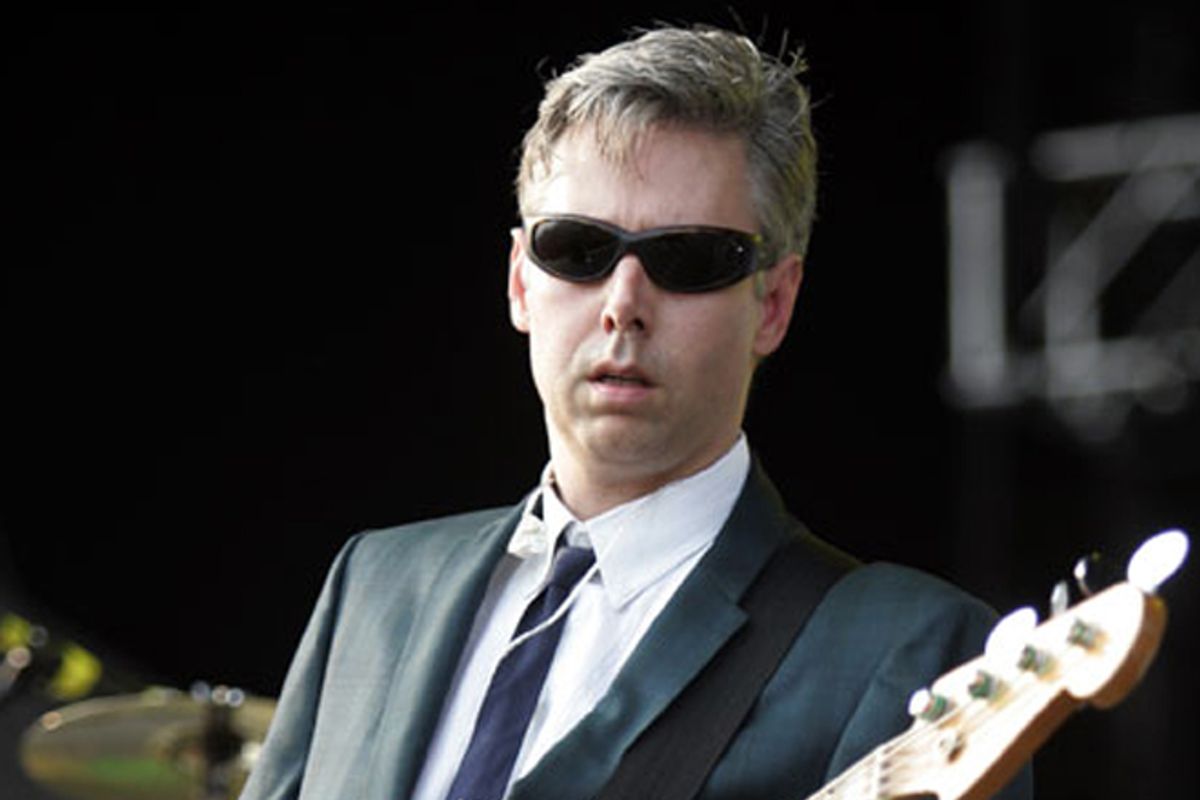 He was MCA. The handsome, swaggery Beastie Boy. The low growl the others' ratatats bounced off. A guy whose early tours including dancing girls in cages and an inflatable, enormous penis. He was Adam Yauch. Vegan and a practicing Buddhist. Recent Rock and Roll Hall of Fame inductee. A 47-year-old husband and father. Another goddamn cancer statistic. He died Friday morning.

For those of us who answer to the name Gen-X, Yauch's demise represents a very different kind of grief than the one experienced when Kurt Cobain died. Cobain's suicide, at age 27, represented the darkness of rock 'n' roll, the wild, terrible danger of it. Yauch's, 18 years later, is something else. It's random and cruel. It's the banal awfulness of disease.

When the Beasties first appeared in the mid-'80s, they seemed like a brash and bratty trio of white boys ripping off rap. They were. Have you heard "Cooky Puss"?  Their appeal – considerable even then – was largely in their naughtiness. But there was a knowingness to them, a clever, infectious style that couldn't be dismissed as mere frat boy posturing -- and a background in the fast, furious language of punk that gave them a whole different way of creating music. Their first album, "Licensed to Ill," was a breakthrough not just for its defiant party vibe but for its knowing wit, its infectious, irresistible and distinctive charm. Was rap ever truly charming before the Beastie Boys?

Over the next 25 years, they churned out anthemic party hits, groundbreaking experimental music, and show-stopping videos. "Paul's Boutique." "Check Your Head." "Ill Communication." Just crank them up again, and listen to how ferocious and complicated and flat-out powerful they are.

The band grew up, gliding effortlessly from bad boys to elder statesmen, without ever losing their cool. If anything, they seemed somehow cooler as they matured, thanks largely to Yauch. Yauch's passionate activism for Tibet lent an Asian influence to the Beasties' music. Even his diagnosis of a cancerous parotid gland and lymph node in 2009,  which slowed down the band's musical output and touring ability and forced Yauch to sit out his Rock and Roll Hall of Fame induction, somehow only made him more formidable. When the Boys' long delayed "Hot Sauce Committee Part Two" finally released a year ago, Matt Diehl raved in the L.A. Times that MCA's "gruff rasp remains one of pop music’s most distinctive, electrifying voices."

That such a voice could now be silent is still somehow unthinkable. Unlike Cobain, he lived long enough to become a role model to the generation that drunkenly took the words "No Sleep Till Brooklyn" as an imperative. He changed and grew but somehow always stayed true to his badass heart. Who could wish for more? No one ever more convincingly wailed about shaking your rump, yet certainly no one ever managed to do so while simultaneously projecting the serene demeanor of a truly enlightened human. That was the MCA we will miss. Sure, he fought cancer, fiercely. But more than that, he was the guy we could always count on to fight for his right to party.