"Last Call at the Oasis" paints a haunting, even poetic, portrait of the global water crisis. Will anyone listen? 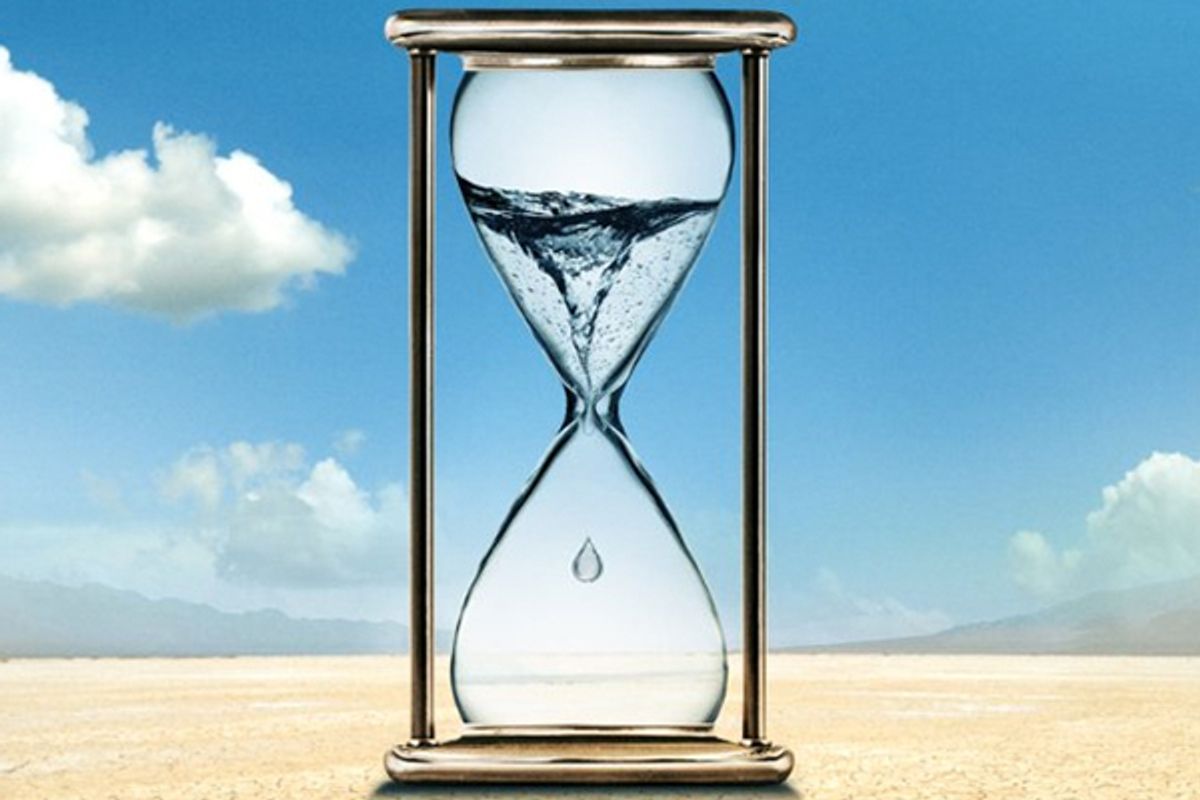 Here's the short version of humanity's relationship with water, as delivered by hydrologist Jay Famiglietti in Jessica Yu's compelling and often gorgeous documentary "Last Call at the Oasis": "We're screwed." Yes, we should all install low-flush toilets and plant gardens that require less watering, but conservation is simply insufficient to cope with a global fresh-water crisis that involves many interlocking factors: overpopulation and overdevelopment, depletion of groundwater, climate change, and widespread contamination.

Solving the human race's worsening water problem requires overcoming what Yu's film terms the "Hydro-Illogical Cycle," which is defined by the belief that because most of the Earth's surface is covered in wet stuff, there's no problem. As one horrified woman proclaims in a hilarious segment that explores the possibility of marketing recycled and purified sewage water (to be sold under the brand name Porcelain Springs), "This says to me that there's some shortage I don't know about. When they show those photographs from space, there's a lot of water!"

"Last Call at the Oasis" is the latest social-advocacy documentary from Participant Media, whose previous output includes "An Inconvenient Truth," "Food, Inc." and "Waiting for 'Superman,'" along with many other less obvious (and less successful) films. Like most of those movies, it's adapted from existing material in another format, in this case journalist Alex Prud'homme's book "The Ripple Effect." At its best, Participant has been able to marry a message-delivery system to a genuine cinematic experience, and that's definitely what Yu -- an eclectic talent whose work includes the documentary "In the Realms of the Unreal" and the narrative feature "Ping Pong Playa," along with numerous TV episodes -- delivers here. "Oasis" packs in a lot of dire information, but it wraps it in often-spectacular images and cutting-edge graphics, moving from Las Vegas to rural Michigan to the Australian outback to the nearly depleted waters of the Jordan River, where the traditional baptismal spot of Jesus has become a fetid swamp contaminated with sewage from a nearby Israeli town.

While the discussion in "Last Call at the Oasis" is never directly about partisan politics or ideology, and although Yu relies mostly on the testimony of respected scientists, this film probably faces a version of the "Inconvenient Truth" problem. It's largely preaching to the converted, in the sense that if you fail to accept certain basic premises -- that climate change is a scientific fact, for example, and that fresh water is a limited and fragile resource that is nearly maxed out on a global scale -- then you'll just blow this off as left-wing fearmongering. In one especially effective section, Yu shows us file footage of Sean Hannity and Sarah Palin ostentatiously taking the side of Latino farmers in California's Central Valley who were denied irrigation water because of an endangered fish called the Delta smelt. Then she has a scientist explain the larger context: Yes, the smelt is an insignificant species in and of itself, but you can't consider it on its own. In fact, it's a key indicator species in an enormous interlocking ecosystem that extends from the rivers and estuaries of the inland West to San Francisco Bay and the Pacific Ocean. If the smelt dies, that tells us the whole system is dying.

"Last Call at the Oasis" follows a familiar pattern seen in Participant productions and other social-issue docs, but it does so with such panache and visual variety that I really never felt lectured at. About three-quarters of the film lays out an immensely complicated set of problems and argues that they're all connected. Agriculture and overdevelopment in the West and Southwest have drained the regions' reservoirs and aquifers nearly dry, while in many wetter heartland areas the groundwater has been poisoned with exotic industrial toxins and antibiotic-laced cattle manure. Americans' growing use of all sorts of supplements and pharmaceuticals -- many with unknown long-term effects -- has created a problem for municipal sewage treatment facilities, which are set up to remove trash and organic waste, not unknown chemical compounds.

Then, of course, Yu has to make the case that it's not too late for us to clean up this precious resource -- along with sunlight, the one absolutely necessary component of life on Earth -- and learn to share it better. Erin Brockovich leads a campaign on behalf of poisoned homeowners in Midland, Texas, that leads to new regulations on hexavalent chromium in drinking water. (Yu does not fail to mention that Midland is George W. Bush's adopted hometown.) The Israeli town stops pumping poop into a Christian holy site, and a coalition of Jordanian, Palestinian and Israeli activists work on a plan to share the Jordan River's water. Many people, the marketing firm discovers, can be convinced to try Porcelain Springs. (The water we drink every day is recycled sewage, too -- we just don't know where or when it happened.)

If anything, the real downside of "Last Call at the Oasis" comes after the movie is over, when you think back over the rather thin optimism of the last 20 minutes. Sure, Los Angeles will supposedly start piping recycled tap water by the end of this decade, and that's great and all. But that does nearly nothing to address the fact that only about 1 percent of the planet's water is drinkable, and 80 to 90 percent of that is used to grow food, often in agricultural regions (like the Central Valley of California) that would otherwise be barren. In case you're wondering about desalinating seawater, by the way, the answer is no. (It's like the hydrogen-car solution to the energy crisis, an expensive boondoggle that won't work.) So we need to figure out how to use a lot less water, very quickly, with a rapidly growing population. Or we just shrug our shoulders and agree with Famiglietti's two-word prognosis.

"Last Call at the Oasis" is now playing at the Lincoln Plaza Cinema and Sunshine Cinema in New York, and at the Landmark in Los Angeles, with wider release to follow.