Pick of the week: An early-'60s hipster time capsule

Pick of the week: Shirley Clarke's once-banned "The Connection" is a lean, mean saga of jazz, junk and rebellion 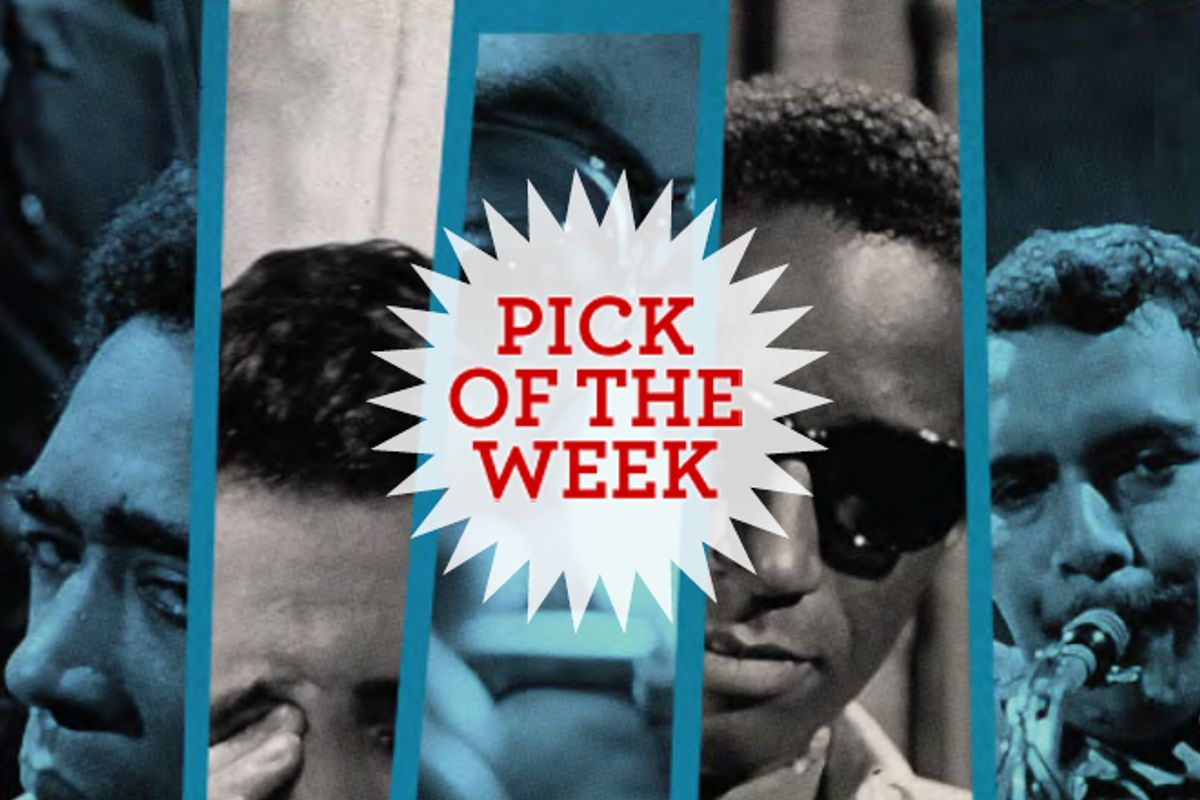 A time capsule loaded with smack from the bohemian underbelly of JFK-era America, Shirley Clarke's 1961 film "The Connection" is an illustration of how much things change, and how much they stay the same. I'd be stretching to call "The Connection" a great film -- it's mannered and edgy, in a way that's partly deliberate but also distinctive to its period -- but it's an important one in cultural and historic terms, despite being largely unknown. Watching this ensemble drama about a multiracial group of New York jazz musicians and beat philosophers in a run-down apartment, waiting for their drug dealer to show up, is like traveling back 50 years in time, only to encounter the same people you might meet on the street today (at least, in certain neighborhoods of Brooklyn, San Francisco, Austin and so on). At one point, the characters even debate the illusory distinctions between "hipsters" and "squares."

A Park Avenue society girl turned Greenwich Village beatnik, Clarke was the pioneering female director in the early history of American independent film, good friends with John Cassavetes, Frederick Wiseman, Jonas Mekas and other downtown legends of the period. If her name and her films have virtually disappeared from history, that's partly due to institutional sexism, no doubt, and partly to bad luck and bad timing. Milestone Films, which is releasing this version of "The Connection" restored by the UCLA Film & Television Archive, will go on to release Clarke's 1960s documentaries "Robert Frost: A Quarrel With the World" and "Portrait of Jason," an interview with a black gay street hustler, along with her 1985 comeback film "Ornette: Made in America," about jazz legend Ornette Coleman. (Clarke died in 1997.)

"The Connection," Clarke's first feature, was a high-profile project, the screen adaptation of a 1959 Living Theater play by Jack Gelber that had become a cause célèbre despite scathing reviews, attracting uptown artistic types like Leonard Bernstein, Salvador Dalì and Lillian Hellman to take a walk on the wild side. Clarke and her producer, Lewis Allen, funded the film's $177,000 budget -- not so meager, at the time -- through the then-unknown tactic of collecting small sums from a large number of investors, establishing a model that endures in micro-budget and mid-budget filmmaking to this day. (Weirdly enough, as Manohla Dargis has reported in the New York Times, former Republican presidential candidate Rick Santorum's parents were among the investors, along with Norman Mailer and architect Philip Johnson.)

But once completed, "The Connection" only screened twice at a single theater on Manhattan's 45th Street before being closed by New York State's censorship board. I'm not sure which is more amazing: the fact that New York had a censorship board in the early '60s that could control what movies the public saw, or the reason for the seizure of "The Connection," which was two or three uses of the word "shit" (as a synonym for drugs). By the time some edits were made and the ban lifted, public interest had faded, largely because of a swath of unrebutted hostile reviews. Bosley Crowther of the Times, a noted get-off-my-lawn crank of the time, wrote an especially peculiar one in which he praised the actors, the live jazz soundtrack and Clarke's "bold direction," but described the film overall as "deadly monotonous, in addition to being sordid and disagreeable."

I won't pretend not to understand what Crowther was talking about. "The Connection" remains much better known among jazz fans for its soundtrack album featuring pianist Freddie Redd and saxophonist Jackie McLean (who play live in the film, as they did onstage), than it is among movie buffs as, you know, a film. Clarke should certainly get credit for exploring the faux-documentary format decades before it became a film-school gimmick (the story-within-a-story premise was already present in Gelber's play), but the first 10 minutes or so of "The Connection" are decidedly awkward. Squaresville white filmmaker Jim Dunn (William Redfield) wanders around in his high-waisted chinos, trying to convince the group of crashed-out junkie hipsters to "act natural" and "be themselves," and assuring them that he's studied the documentaries of Robert Flaherty and knows what he's doing. (A dig at the old-school variety of documentary film, before cinéma-vérité, I guess.) It's clear that the addicts would rather relate to Dunn's hipper African-American cameraman, J.J. Burden (an early role for future Hollywood character actor Roscoe Lee Browne), who is rarely seen but makes occasional oracular pronouncements.

In the interests of art, Dunn has apparently agreed to finance a major purchase from a smack dealer named Cowboy, but for most of the movie we are obviously encouraged to ponder the similarities between drug culture and Beckett's "Waiting for Godot," and to wonder whether Cowboy will ever show up at all. Prowling the dingy, open flat restlessly -- it looks disconcertingly like a group household I actually lived in, 20-odd years ago -- Clarke's camera introduces us to the all-male assemblage, in fragmentary interviews. Leach (Warren Finnerty), a wiry, whiny fellow who looks and acts alarmingly like the young Steve Buscemi, is the official tenant. He is troubled by a painful boil on his neck, which may symbolize the fact that the other denizens suspect him of being gay. As his black friend Sam (Jim Anderson) will tell him later, he'd be more relaxed if he could "get with the whole homosexual scene."

There's also Ernie (Garry Goodrow), an embittered-genius West Coast white jazzman who has hocked his horn to buy junk, and Solly (Jerome Raphael), an educated, middle-class Jewish guy who has thrown it all away for philosophical reasons, or none at all. McLean, Redd, bass player Michael Mattos and drummer Larry Richie get fewer lines, but every so often pick up their instruments to deliver angled, edgy blasts of early-'60s hard bop. Today these characters would presumably be obsessed by some other cultural form -- hip-hop or Scandinavian black metal or YouTube clips or hockey fights or something else I've never even heard of -- and they'd be able to badger Cowboy with illiterate texts every few minutes. But they'd basically be the same guys; Gelber's characters are drawn so sharply that many 21st-century viewers will identify people they know or used to know (perhaps even people they used to be).

When Cowboy finally arrives (played by Carl Lee, who would become Clarke's longtime partner), he turns out to be the archetypal "hip Negro" in Ray-Ban shades, sporting a blazing white outfit and a messianic mien, and bringing with him an old-lady evangelist, as comic relief and cover story. He brings other kinds of blessings too, the kind that allow this cast of semi-lovable, self-destructive losers to get through another day. The central conflict faced by the characters in "The Connection" doesn’t have much to do with heroin, though -- that too is a symbol or synecdoche. It goes way back before Clarke's time, not to mention ours. If this film has something to say to us now -- and I emphatically think it does -- it's about the costs and opportunities that come with "dropping out" of mainstream society, in the name of political-cultural-aesthetic rebellion. It asks a question that has no answer, one that every disgruntled young dreamer -- every potential Shirley Clarke, of every generation -- must face on her own.

"The Connection" is now playing at the IFC Center in New York, with other cities and DVD release to follow.