Jay-Z's daughter will be the worst 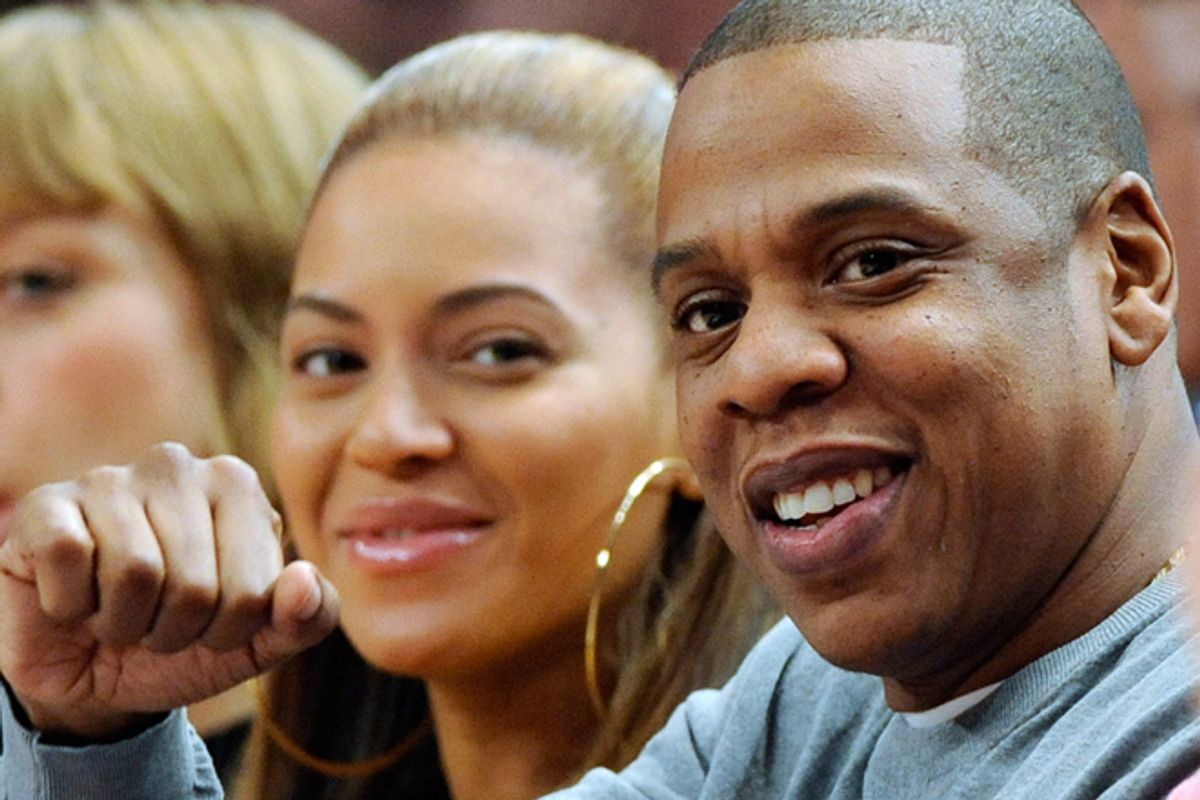 Jay-Z's daughter is going to be insufferable. Just ask Jay-Z. In an episode of "Oprah's Master Class" that aired on her OWN network Sunday, the Grammy winner, entrepreneur, ball and chain to Beyoncé and new dad to Blue Ivy Carter admitted, "I imagine I'll take things I learned from my mom and things I've learned from raising my nephews and apply that -- then at the end of the day, I just know I'll probably have the worst, spoiled little kid ever."

For a man who's built a career on his swagger, there's something very different – and adorably humble about Z's acknowledgment that "Everyone imagines they'll be a great dad -- until their teenager's saying, 'Get away from me, Dad. You're embarrassing me!'" And it's a refreshingly clear-eyed view of the complicated reality of parenting.

Blue Ivy will not have a hard-knock life. She was born in a hospital suite bigger and nicer than your apartment.  She will know her way around red carpets before she can walk on them, and she will fall asleep to lullabies from Mary J. Blige.

But having a childhood that may include getting horsey rides from Kanye West is no assurance of happiness or fulfillment or future success. Z is, with his characteristic savvy, aware of that. He knows there's a vast difference between the high-minded intentions of parenthood and the visceral, practical realities of it. You set out with goals for a perfect baby who will eat only organic vegetables and watch nothing but PBS episodes of "Live From Lincoln Center," who will grow into the academic superstar/Oscar winner/beloved humanitarian who cures cancer.

And then they turn into people. People who are sometimes difficult and downright unlikable and who make mistakes, just like their parents. By being willing to laugh about that now, and acknowledge that sometimes your kids can be jerks, Jay-Z is sensibly keeping the hard work of parenting right-sized. He's reminding us that you can give your kid everything and have her not turn out well. Sometimes, it's because you give her everything she doesn't turn out well. We all just do our best. And strange as it may sound, Blue Ivy's dad is off to a fine start by saying she might be the worst. If someday he's having girl problems, I'll feel bad for him. But I have a feeling Z – and Ivy -- will turn out just fine.