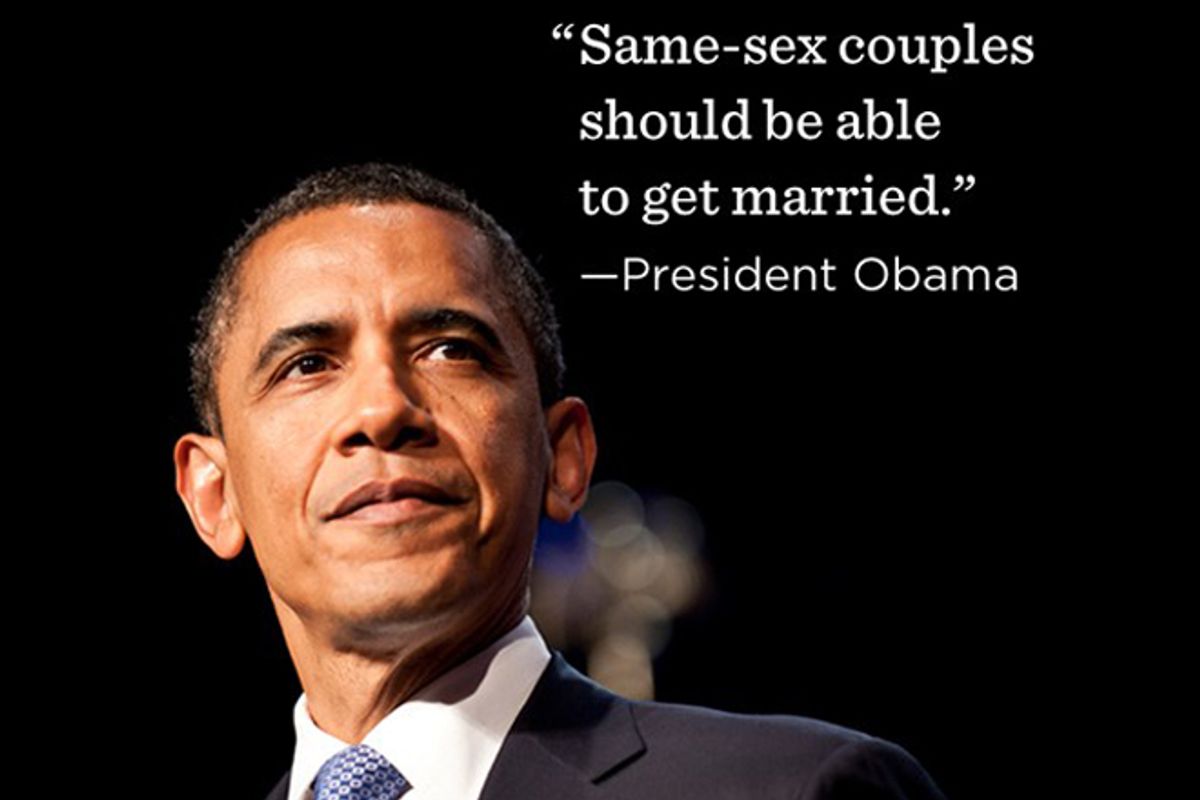 When Barack Obama blew America's mind by declaring his support for same-sex marriage Wednesday, he explained that his views on the subject had long been "evolving." But while evolution is a process that can take millennia, social media moves with considerably more swiftness. However long it took the White House (nudged though it was by Joe Biden's Sunday blurt that he was "absolutely comfortable" with marriage equality) to get to that place, it took no time at all for Obama's sentiments to become a meme.

And just like that, what had been a fuzzy campaign issue for Obama just a week ago became a defiant stance – and an easily forwarded post. The president's Twitter and Facebook accounts wasted no time issuing a photo of Obama with his statement, under the heading, "history." The campaign's main page itself immediately splashed up the quote, along with the ABC News clip and the invitation to "stand up with the president." And the campaign's colorful, friendly-looking poster stating that "Every single American/Gay Straight Lesbian Bisexual Transgender/Deserves to be treated equally in the eyes of the law and in the eyes of our society/It's a pretty simple proposition" popped into a place of honor on the Obama Pinterest and Instagram pages.

Elections can turn on a few provocative words – from "Read my lips" to "It's the economy, stupid" to, simply, "Hope." But there's never been a time when a single sentiment could be parroted across so many different platforms. The Obama campaign knows this, and has shrewdly seized upon the immediate, visceral reaction that one sentence can inspire with impressive immediacy. Watch and learn, Romney. Though we've yet to see how the president's "evolved" stance will shake out into real votes in November, for now, it sure makes for a whole lot of likes and pins. Whatever happens next, Obama's won Twitter.