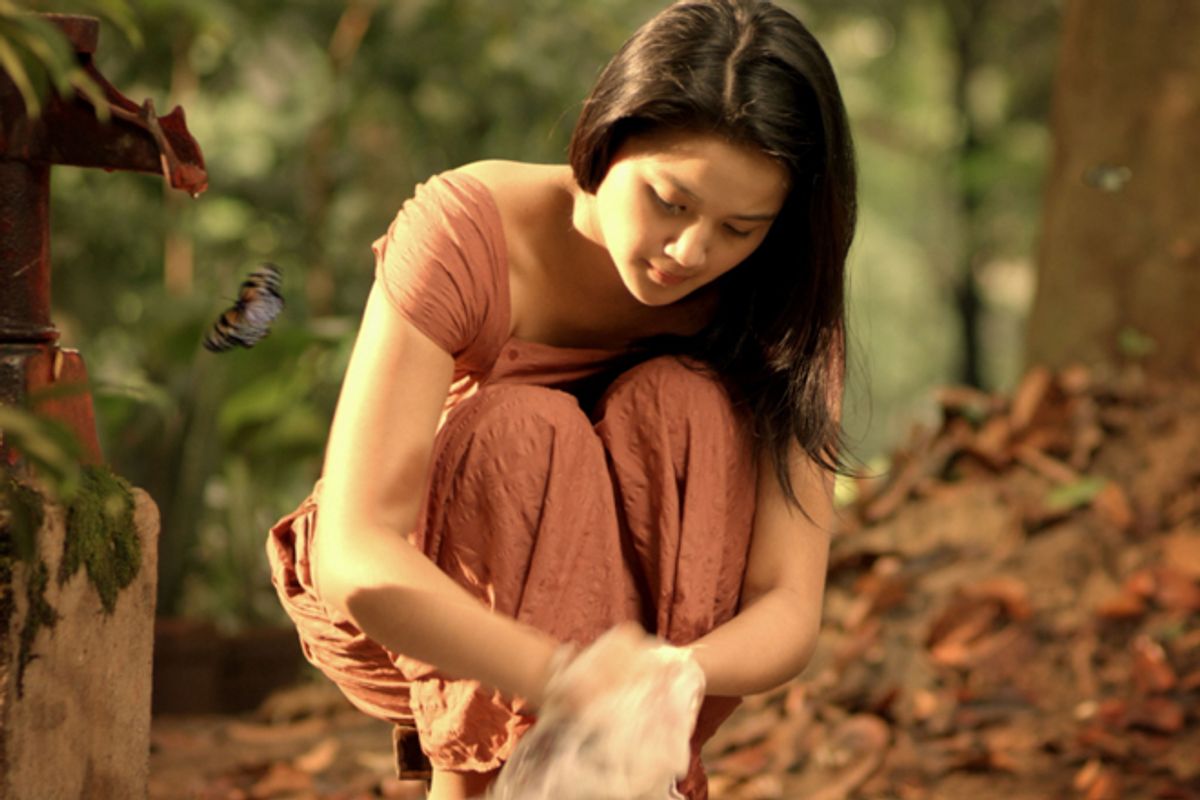 Is there any country on earth -- at least any country with its own cinema tradition -- that doesn't produce its own homegrown horror films, spiced up with a little local gruesomeness? Every time I write about horror, I get at least a couple of letters from people who see the cruelty, bloodlust, misogyny and so forth found in many such movies as a symptom of contemporary culture's descent into depravity and brutality. On one hand, I always want to leave room for divergent tastes and opinions, but on the other -- that's just not true. The appetite for gore and terror that finds its modern expression in horror movies is nothing new: Check out the uproarious Brothers Grimm tale "How Some Children Played at Slaughtering," in which an entire family is destroyed in a pointless orgy of violence. You can certainly argue that you find horror movies repellent, or that they reflect deeply unpleasant aspects of human nature -- but you don't get to blame any of that on Ronald Reagan or George W. Bush. (Seriously, I've heard that argument.)

Furthermore, the relationship between violent and horrifying entertainment and actual violence is ambiguous, to say the least. The United States is a uniquely violent society within the developed world, but over the last 30 or 40 years (the heyday of horror, roughly speaking) crime rates have dropped sharply overall. Meanwhile, over the last 15 or 20 years we've seen a plethora of twisted and disturbing films emerging from Western Europe, Japan and South Korea -- arguably the least violent societies in world history -- as well as from places like Russia, the Balkans and Southeast Asia, where the sociological picture is, shall we say, a bit more chaotic. Where many psychologists see a pernicious dehumanizing or desensitizing effect in violent entertainment, libertarian media scholar Jib Fowles has suggested it may actually be beneficial, serving as a cathartic escape valve and helping to reduce real-world violence. Personally, I suspect they're asking somewhat different questions and may both be right -- but that's a discussion for another time.

This week's stop on the global mayhem tour is the Philippines, a tropical island nation with a significant violent crime problem, to go along with chronic government corruption and sporadic outbreaks of terrorism. None of which has all that much to do with "The Road," a low-budget shocker from Filipino filmmaker Yam Laranas (who serves as writer, director, cinematographer, co-editor and co-producer) that crams several different genres into 110 minutes, in classic Asian exploitation-movie style, and could just as easily have been made in Indonesia or Belgium or Texas. Perhaps especially Texas; this is an "Oh no, we took a wrong turn" movie, in which the teenagers with no driver's license turn off the main highway onto that closed-off dirt road that nobody ever takes, the one Google Maps identifies as "Inbred Weirdo Cannibal Lane."

"The Road" is being promoted in the U.S. by boxing champ Manny Pacquiao -- a Filipino national hero -- as a signal cultural achievement, probably the first Filipino-made film to reach general release here. Such is the world we live in, I guess. Filipino indie auteur Brillante Mendoza, a genuine cinema pioneer who won the Best Director award at Cannes in 2009, has had a couple of his movies shown in American cities, but I'd be willing to bet Manny Pacquiao has never heard of him and isn't interested. None of that is Laranas' fault, of course; he's made the movie that he's made, and if it's patchy and derivative it also has a compelling, soapy undertow that kept me watching.

If you want to be mean, you could observe that "The Road" is spatially incoherent -- different locations clearly have nothing to do with each other, and Laranas uses the same 50-yard stretch of road over and over again -- or that it has several different overlapping nonsensical premises. Who blocked off the road, and why? Is it: A) just the road to some psycho's house; B) a road haunted by driverless cars and slow-moving ghosts with plastic bags over their heads; C) a space-time anomaly and/or a dimensional portal; or D) all of the above? Still, Laranas does cultivate a mood of distinctive menace and mystery, not to mention a convoluted and ambitious chronology. We begin in the present, when a handsome young cop (Filipino TV heartthrob TJ Trinidad) takes on the case of the missing teens, and then skip backward and forward in time -- first to a grueling kidnapping case in 1998, and then back to its prehistory in 1988 -- in search of the underlying mystery. And if the so-called explanation for what's going on is standard-issue serial-killer psychology, it also contains an ingenious twist I didn't see coming.

I'm actually grateful to Laranas for not including the usual expository scene, in which the old-time sheriff pushes his hat back on his head, whistles through his teeth and says, "You talkin' about the old Aquino place, out there on Dead Teenager Path? Son, some things is best left alone." (Then, of course, some crazy-acting newspaper reporter or Internet geek slips our hero the real dope.) Instead, "The Road" moves from a deeply silly opening sequence -- why is that driverless ghost car so slow? A joke that completes itself! -- through a grueling and even stomach-turning middle portion toward an oddly sentimental conclusion, complete with flowers, butterflies and evildoers forgiven in heaven. Come to think of it, Laranas may indeed be thinking about his homeland's social problems, and there may be something distinctively Filipino about this movie's blend of fatalism, despair and religiosity. Either that, or human beings are just into sin and redemption, and yearn for order amid chaos. That could be it, too.