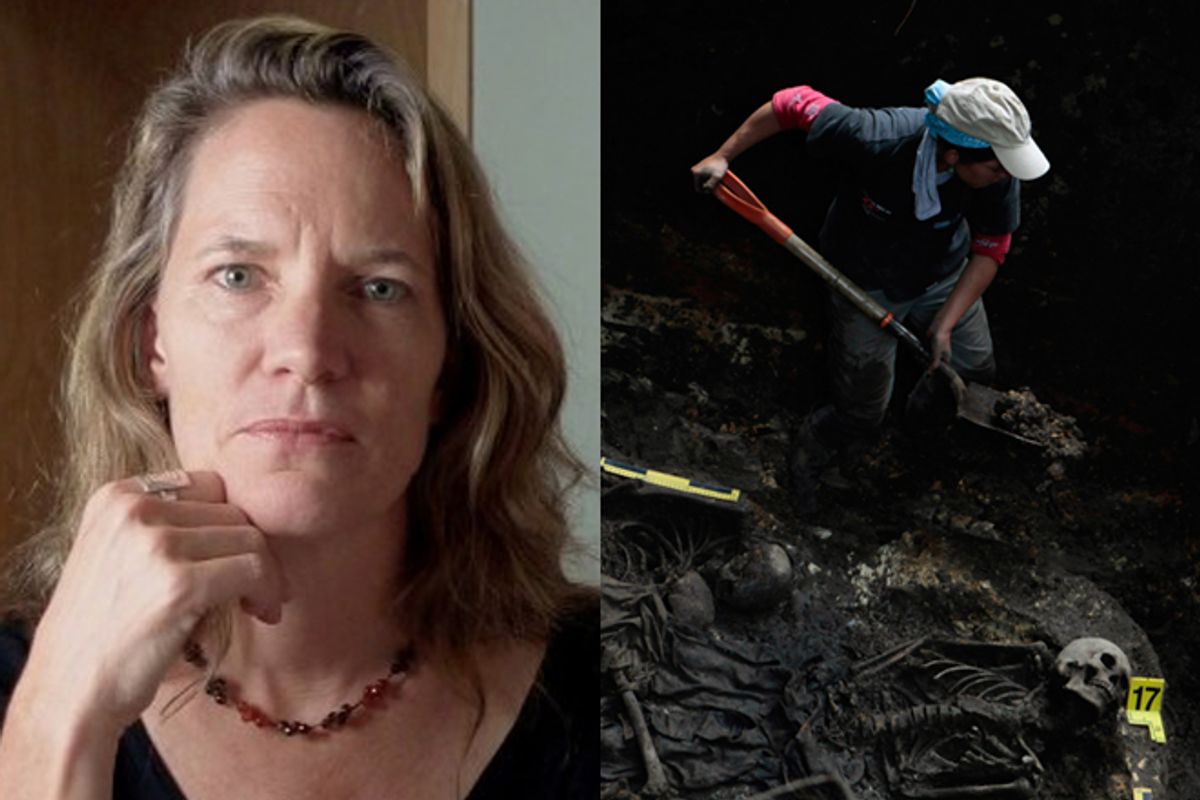 Kate Doyle's job isn't exactly journalism, though she's nailed more big stories than many Pulitzer Prize winners. Her work does not quite qualify as law enforcement either, though a few bad guys living in confined quarters rue the day she came into their lives. "Human rights detective" sounds flippant, so she prefers "forensic archivist."

Whatever you call it, war criminals have to pay attention. Last month Doyle, a senior analyst at the non-profit National Security Archive, testified as an expert witness in the Peruvian government's prosecution of Vladimir Montesinos, the country's former intelligence chief, who is on trial for ordering the execution of 14 captured leftist guerrillas in 1997. Doyle authenticated a declassified CIA cable she had obtained that included a first person account of Montesinos's actions.

In the near future, she hopes to take the stand as an expert witness against former de facto Guatemalan president Efrain Rios Montt, who presided over a genocidal "scorched earth" war that killed an estimated 200,000 people in the early 1980s, the worst genocide in the Western Hemisphere in the 20th century. An investigation documented 626 different massacres committed by the U.S.-backed military forces between 1979 and 1984; most of the victims were unarmed Mayan Indians.

Doyle's forensic investigations over the last 20 years have made her an irritant to governments everywhere -- including Washington -- as well a friend to the families of the victims of human rights abuses throughout Latin America. She has won a host of awards, including this year's Abraham Lincoln Brigade Archive and Puffin Foundation award for human rights activism, one of the world's largest prizes in the field. She will share the award with fellow investigator Fredy Peccerelli, who is the executive director of the Guatemalan Forensic Anthropology Foundation.

"She speaks with such strength because she speaks as an American," Peccerelli said in an interview. "Very few times do you have someone investigating their own government and pointing to their own officials about their involvement. Kate speaks about the responsibility that Americans bear because of what they did. It's very powerful."

(Full disclosure: Doyle is a friend. I relied on CIA documents she obtained from the National Security Archive to write my book Our Man in Mexico: Winston Scott and the Hidden History of the CIA. Like many journalists in Washington and Latin America, I have found her work to be built on a solid foundation of official documentation from the U.S. and other governments. )

"Having a legal mechanism to obligate the state to provide information is just the beginning," says Doyle. She shares the information with prosecutors to develop cases based on "criminal patterns of action" that yield specific details of a disappearance or a massacre. Peccerelli's forensic anthropologists exhume bodies and do DNA analysis.

Doyle has been largely frustrated in Mexico and El Salvador, where legal authorities are reluctant to confront the abuses of the past. But in Guatemala, she and her colleagues have uncovered some remarkable stories that have led to the prosecution of military officers involved in war crimes.

In the late 1990s, a source gave Guatemalan human rights activists a 54-page army log that revealed the fate of scores of people who were "disappeared" by security forces during the mid-1980s. The log included photos of 183 of the victims, along with coded references to their executions.

For the families of the victims, the results of the discovery of the so-called "death squad dossier" were close to miraculous. Not only are the officers named in the documents now under investigation, but thanks to Peccerelli's DNA work, the bodies of five of the victims were identified and returned to their families, who had never known what had happened to their loved ones 30 years ago.

In 2009, another source gave Doyle a set of internal military documents about the scorched earth campaign of the early 1980s that were so damning in their details that the source recommended she immediately leave the country. "This person was worried that anybody who had possession of such incendiary documents would be targeted," Doyle said.

The documents will be used by prosecutors in the trial of Rios Montt. "We have a very strong case," Doyle says. But the continuing power of the Guatemalan military means the 86-year-old retired general may be able to avoid justice.

I asked her if she ever get discouraged by the enormity of the crimes she investigates.

"I don't," she replied. "I''ve met so many beautiful, dedicated people in Guatemala who have been working on this for 30 years that I feel privileged. What Fredy's group has done with DNA findings is amazing. I'm inspired, not discouraged."

Working with the families of people who have lost loved ones, she says, "is always painful. But I can bring them information that they've never been able to get. That's mitigates the pain."

I asked her if she ever gets scared.

"I have received threats," she says with a rueful laugh. "But I've never felt one iota as frightened as my colleagues who have to stay in Guatemala all the time. Pressure and hostility and threats come with the territory" -- the territory of the forensic archivist.