Wait, we're supposed to be the one judging the one-time pop princess. She'll try and turn the tables on "X-Factor" 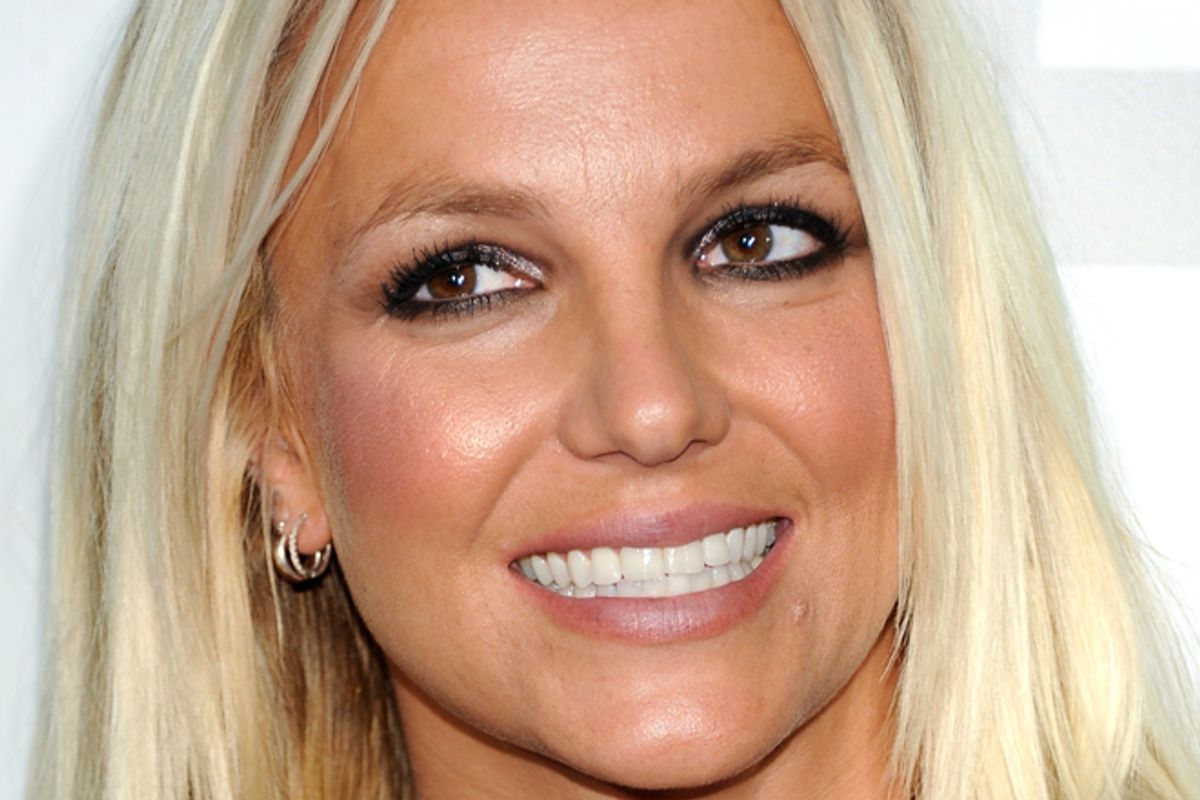 Rumors have been swirling for weeks that Britney Spears would join Fox’s “X-Factor” as a new judge, and yesterday it became official. At the Fox upfront, the annual presentations underway this week in which the major networks sell their new shows to advertisers, and then ply them with alcohol and vast buffets, Britney and Demi Lovato were introduced as the reality competition’s new judges, joining L.A. Reid and Simon Cowell, who appeared on the show last year. Lovato, the 19-year-old former tween star who has already had her own public difficulties with drugs and eating disorders, excitedly told the crowd she was “psyched” to be joining the show. Spears, in a smokier voice than the one she used to have, also expressed her excitement, capably delivering the line that had been written for her. Spears was onstage for all of two minutes, but it was enough to spark my imagination: What is an entire season of Britney Spears talking going to be like?

Thanks to Paula Abdul, the bar for speaking coherently as a judge has been set remarkably low. Paula was one of the original judges when “American Idol” began 10 years ago, and she made the jump with Cowell to “X Factor” last year, where she continued to vend her particular brand of addled kindness, never saying anything mean or insightful, and often saying it in spacey and strange ways. Spears is, of course, way more famous than Paula Abdul, and if she sits on the panel and says nice, meaningless things to the contestants each and every show, she will have earned her money. (It’s basically what the booted Nicole Scherzinger did all last season of "X Factor," and just by virtue of being Britney Spears, Britney will be better at it.)

“X Factor” doesn’t need a hyper-articulate ballbuster to do this job and do it well. The time of sharp, critical insight on the singing shows — which initially seemed so crucial to “Idol’s” massive success — has passed. If viewers regularly lament how dull and plodding the judging rounds are now that even Cowell has tempered his honesty, “Idol” remains the biggest show on television with a judging panel that consists of Steven Tyler, Jennifer Lopez and Randy Jackson, a group as likely to insult a singer as call a newborn baby ugly.

But even if all that's required of Spears is a season’s worth of banal compliments, that will add up to more sustained speaking than Spears has ever publicly done before. Rarely, if ever, has there been a person as famous as Britney Spears who talks so infrequently. Her most famous moments are all gestural — dancing in music videos, performing on the stage at some MTV awards show, shaving her head, bashing a window. Long before her breakdown, she displayed an uncanny tendency to speak in linguistic white noise, to say sentences that contained almost no content, just lots of y'alls and “you knows” and "oh my goshes" and a basic mood of sweetness, excitement, gratitude, eventually disconnect, and more recently, in her conservatorship years, anxiety and discomfort.

If this doesn’t make Spears a perfect judge for “X Factor” it should make her a perfect character for “X Factor.” The drama of Britney — how she will be, what she will say, and how she will hold up — is a story line at least as compelling as the one that will play out with the performers, if not far more so. We've been watching her for 13 years, not merely half a TV season. It’s possible “X Factor” will be as good for her career as “Idol” has been for Jennifer Lopez’s, but it's more likely it will be uncomfortable and upsetting, a full season of watching a zonked-out Spears nervously navigate a live TV show. But we Americans owe Britney Spears a pension and worker’s comp for pain and suffering risked for our entertainment, and I’m happy a major corporation is paying it out (to the tune of $15 million). However "X-Factor" goes for Britney, I can't wait to see what she says.