The FAA has decided to allow larger drones to fly in U.S. airspace 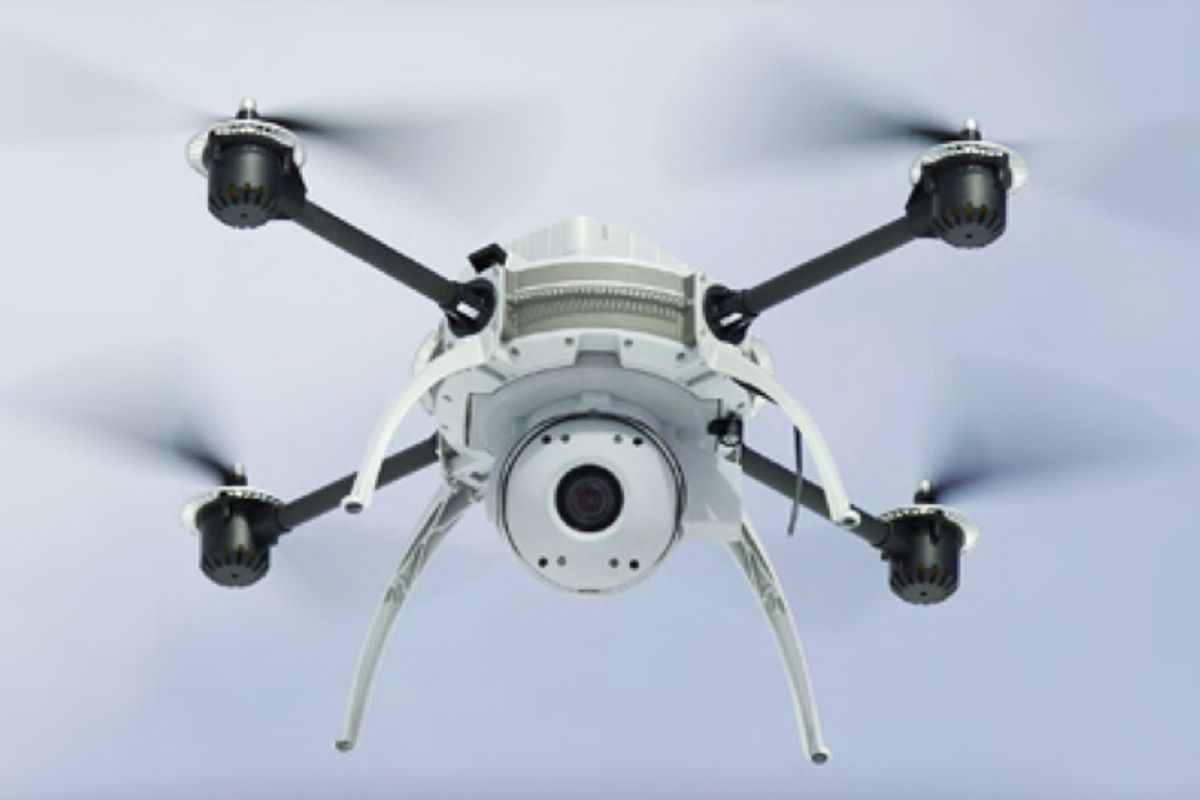 Public safety agencies can now get expedited permission to fly drones weighing up to 25 pounds in U.S. airspace, according to new rules approved Monday by the Federal Aviation Administration.

The size of the craft was the most significant change made by the FAA in responding to a congressional mandate to integrate unmanned aviation vehicles into domestic airspace. In February, Congress passed legislation calling on the FAA to expedite approval for law enforcement and first responder agencies that want to use drones smaller than 4.4 pounds.

FAA officials decided to boost the size of the largest permissible public safety drone after meeting with federal, state and local law enforcement representatives, a spokesman said. The officials "determined that small unmanned aircraft systems under 25 pounds would be the most cost-effective, easiest to manage and overall most appropriate to carry out the various first responder missions."

The decision opens up the market to American drone manufacturers seeking customers in the public safety sector, according to  Ben Gielow, general counsel for Association for Unmanned Vehicle Systems International, a trade group. An industry survey of drones under 4.4 pounds found 79 different models for sale by 54 companies, Gielow said. Now public safety agencies shopping for North American-made drones to fit the FAA regulations will be able to choose from 146 models  manufactured by 69 different companies. The larger drones will be able to carry more sensors to improve "situational awareness," he said.

Missy Cummings, professor of aeronautics at MIT, says the larger vehicles "will be more maneuverable and stable in high winds. They'll be able to get a clearer and steadier picture of whatever they're looking at."

But don't expect to see a law enforcement drone overhead right away. Public safety organizations must first apply to the FAA for approval to establish a drone training and performance evaluation program. Only when the agency has shown proficiency in training and evaluation of unmanned airborne vehicles will it receive a certificate of approval to fly drones.

Other congressionally mandated conditions will remain in effect. The drones must stay under 400 feet while flying and must remain in sight of the operator at all times.

In February, Congress ordered the FAA to develop plans to open up U.S. airspace to "small" drones for commercial purposes by mid-2014. The legislation defines a "small drone" as one that weighs less than 55 pounds.

So as drones grow more common in U.S. airspace, they are likely to grow larger.