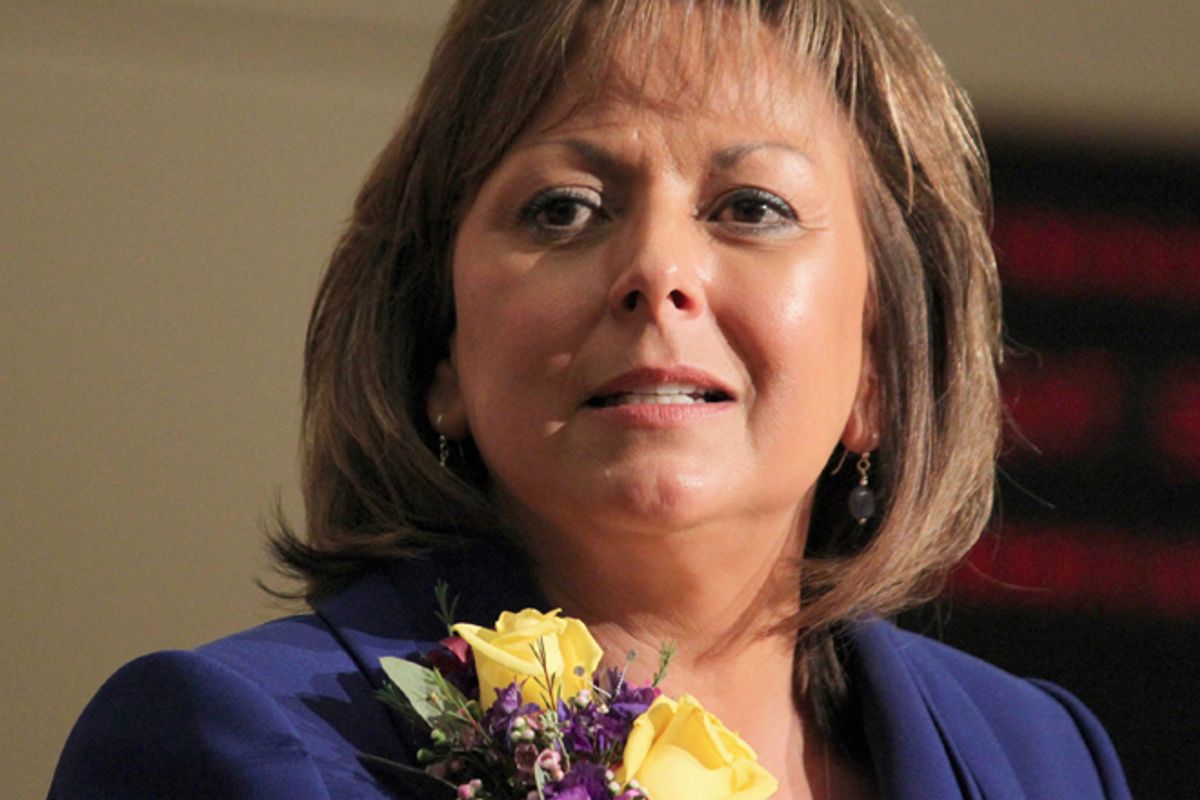 While Newsweek touted New Mexico Gov. Susana Martinez as a possible running mate for Mitt Romney, the erstwhile beneficiary of the hype all but killed her chances of getting the job by opening her mouth.

“I absolutely advocate for comprehensive immigration reform,” Martinez  told reporter Andrew Romano. “Republicans want to be tough and say, ‘Illegals, you’re gone.’ But the answer is a lot more complex than that.”

With those words, Martinez inflicted multiple wounds on whatever slender chance she had to join the national ticket. First, she indicated support for the immigration agenda that President Obama promises to pursue if he defeats Romney in November. Second, the reforms the 43-year-old first-term Republican favors are opposed by every Republican member of the Senate (even those like John McCain, who used to support it) and a solid majority in the House. (In case there was any doubt, the same day Martinez's interview appeared, Politico reported that the Romney campaign was seeking a "boring white guy" as a running mate.)

an approach “with multiple levels”: increased border security; deportation for criminals; a guest-worker program for people who want “to go freely back and forth across the border to work”; a DREAM Act-style pathway to citizenship, through the military or college, for children brought here illegally by their parents; and a visa (coupled with a “penalty” or a “tagback”) that allows rest of the illegal population to remain in the U.S. while they follow standard naturalization procedures.

In conversation, Martinez slagged Romney's advocacy of "self-deportation" for the estimated 11 million undocumented people living in the United States.

“‘Self-deport?’ What the heck does that mean?” she snapped.

Martinez is not the only person asking. As articulated by Romney during the primary season,"self-deportation" means making life so miserable for the undocumented that they will "voluntarily" leave the country. Kris Kobach, the Kansas secretary of state and Romney advisor, told me he thought the United States could remove 5.5 million "illegal aliens" by the end of the first Romney administration.

As John McCain and others have pointed out, a GOP campaign promise to forcibly evict millions of Americans from their homes is neither attractive nor practical as an appeal to Latino voters, the fastest-growing group in the American electorate.

“I have no doubt Hispanics have been alienated during this campaign," she said. "But now there’s an opportunity for Governor Romney to have a sincere conversation about what we can do and why.”

Impolitic to the end, Martinez expressed skepticism about Sen. Marco Rubio's much-hyped but still vague idea of GOP variation on the DREAM Act. Rubio, with Romney's tacit blessing, is seeking to moderate the Republicans' reputation on immigration by developing a DREAM Act-style measure that would protect undocumented young people from deportation without giving them citizenship.

Politicians, Martinez said, cannot “fix [immigration] by saying, ‘Here’s the DREAM Act and we’re done.' It has to be part of a larger plan.”

In other words, the New Mexico governor is that now-rare national Republican figure who favors comprehensive immigration reform, otherwise known as amnesty. Martinez would open the illegal immigrant's path to citizenship that Marco Rubio avoids and that most Republicans seek to block. She probably won't be Mitt Romney's running mate. But Susana Martinez will be heard.