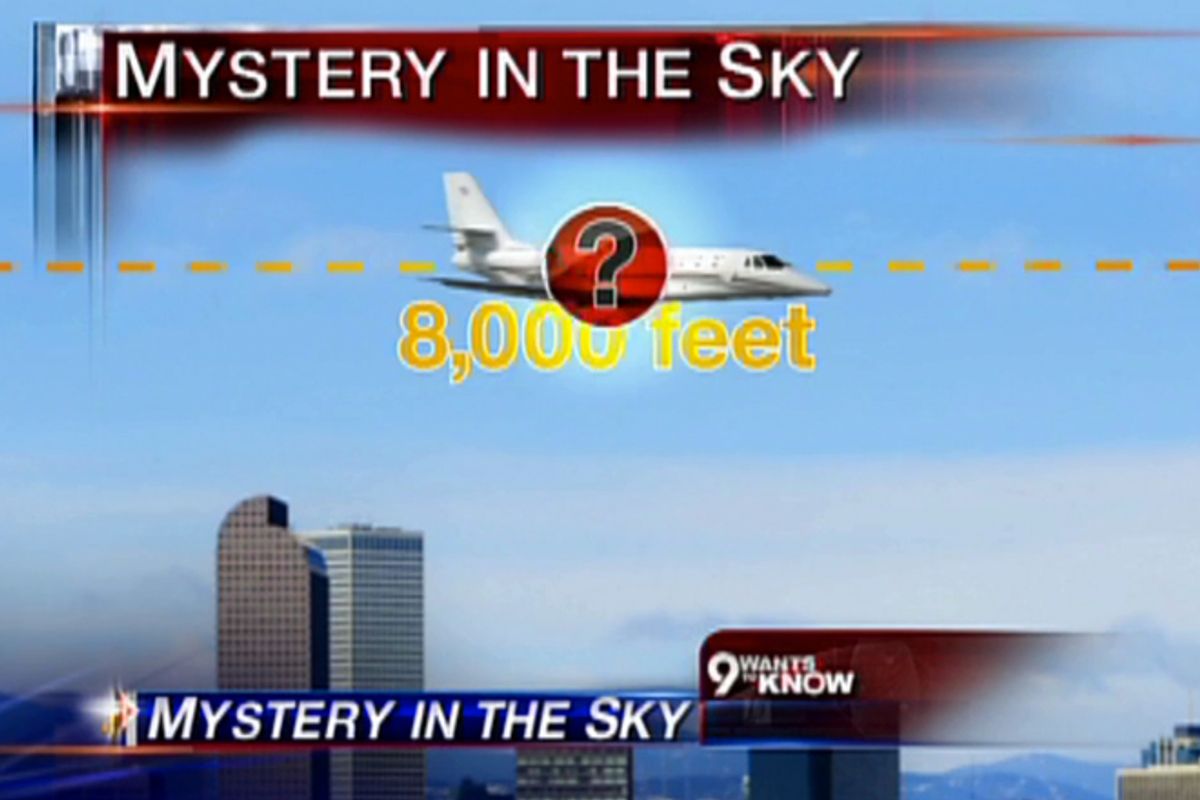 The near collision of a corporate jet and what was described as "a large remote controlled aircraft" in Colorado highlights the challenges facing aviation authorities as they seek to fulfill a congressional mandate to open U.S. airspace to drones.

As reported by a Denver TV station this week, the pilot of a Cessna flying at 8,000 feet over Denver told air traffic controllers he had just seen an unidentified object pass by.

"A remote controlled aircraft, or what?" a nervous-sounding pilot said in conversation captured by LiveATC.net, a website that monitors air traffic control traffic. "Something just went by the other way ... About 20 to 30 seconds ago. It was like a large remote-controlled aircraft."

The station's aviation analyst said the object could have been one of three things: "A military or law enforcement drone, a remote controlled aircraft, or a large bird."

An FAA spokesman in Washington said, "We reviewed radar and audio communications but found no unidentified targets in the area where the Citation pilot was flying, and no other pilot reported seeing an unidentified aircraft."

The only entity known to have permission to fly drones anywhere in the vicinity is University of Colorado's Center for Unmanned Aircraft Systems, which has FAA authorization to fly drones over 59 separate 20 x 20-mile areas 50 miles east of Denver, according to a school website. (I have asked a university spokesperson for comment and will update this story as soon as I hear back.)

This week, the FAA announced procedures to  streamline the process through which government agencies, including local law enforcement, can receive licenses to operate unmanned aircraft at altitudes no higher than 400 feet. By mid 2015, the FAA must complete plans to open U.S. airspace to commercial and civil drones.

Update: A University of Colorado spokesperson told me that the school had no drones in the air on Monday and only flies unmanned vehicles in FAA approved airspace.