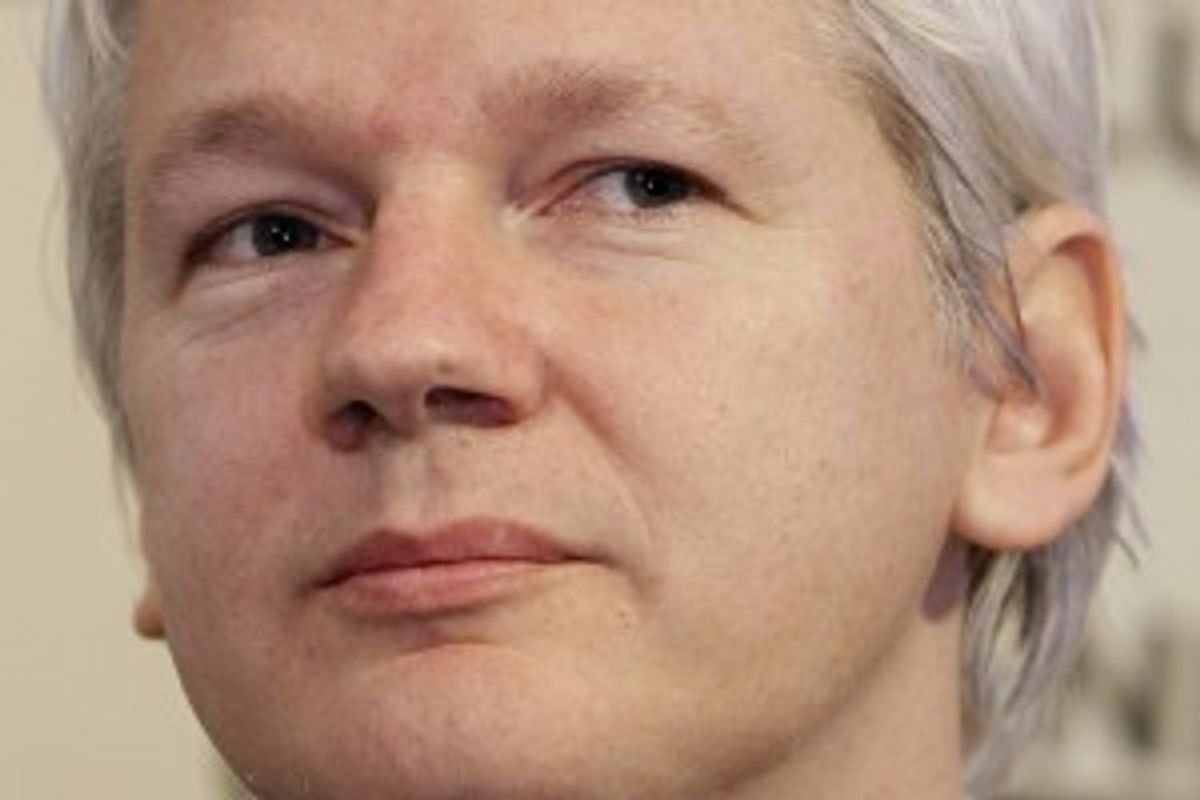 When it was announced last month that the Kremlin-backed network RT would broadcast a new show from Julian Assange, American media figures predictably erupted with mockery and scorn despite not having seen a single episode (nobody provokes the animosity of America's establishment media class more than those who meaningfully challenge American government power). Since I participated in the ensuing debate, I thought it would be worthwhile briefly to review the six programs Assange has now produced and let everyone decide for themselves how these programs compare to the criticisms voiced and, more generally, to the quality, substance, and range of debate from America's cable and network news programs. Here are the first six episodes:

Episode 1: An interview with Hezbollah leader Hassan Nasrallah, the first in many years given by the controversial and powerful figure, regarding the Arab Spring, the Israel/Palestine conflict, and Hezbollah's support for Syrian dictator Bashar Assad (support which Assange vehemently criticized even though the Russian government also supports that regime).

Episode 2: A debate between Slavoj Zizek, the Slovenian sociologist, philosopher and former anti-communist dissident who turned communist, and right-wing neocon fanatic (and former communist) David Horowitz, on a wide range of global political issues, including ecomonic globalization and Israel's behavior in the world.

Episode 3: An interview with Tunisian President Moncef Marzouki, a former human rights activist who is that country's first post-revolution leader. Marzouki spoke about the double standards and hypocrisy of the West in his region, the solitary confinement to which he was subjected by the prior regime and the reasons he considers that to be torture, and the challenges he and other Arab Spring leaders face in eliminating human rights abuses and transforming the region.

Episode 4: A discussion with two key Arab Spring leaders, Egypt’s Alaa Abd El-Fattah and Bahrain’s Nabeel Rajab, about the imperative of overthrowing oppressive regimes, how that can best be done, and the substantial challenges that remain in the effort to bring basic liberties to their countries.

Episode 5: An interview with former Guantanamo detainee Moazzam Begg, along with an activist for current detainees, human rights lawyer Asim Qureshi, regarding "the plight of Muslims in the post 9/11 world, the thin line between terror and self-defense, and how Obama has ushered in an era where 'extra-judicial killing' has replaced 'extra-judicial detention'."

Episode 6 (today): A sweeping discussion with Ecuador's U.S.-educated-economist President Rafeal Correa, about the fight to stabilize democracy in that country, the 2010 coup attempt he faced, the role of corporate media in advancing elite interests, his efforts to protect Ecuadorian environmental resources while growing its economy, the way in which transparency brought about by WikiLeaks' release of diplomatic cables was beneficial for Ecuador ("We have nothing to hide. If anything, the WikiLeaks [releases] have made us stronger"), and the reason he closed the U.S. base in his country ("Would you accept a foreign military base in your country? It's so simple, as I said that at the time, there is no problem in having a US military base in Ecuador but ok, perfect - we can give permission for the intelligence base only if they allow us to install an Ecuadorian base in the United States, a military base. That's it, no more problem").

Would someone learn more, be more informed about the world, from watching these episodes as opposed to, say, a standard American cable news program? Which is doing a better job of fulfilling the key journalistic functions of airing otherwise suppressed perspectives, highlighting highly consequential issues that are otherwise ignored, and shining a light on the world's most powerful political factions? To ask the questions is to answer them. It's also to explain why there is such intense animus toward Assange and WikiLeaks generally from America's media stars.