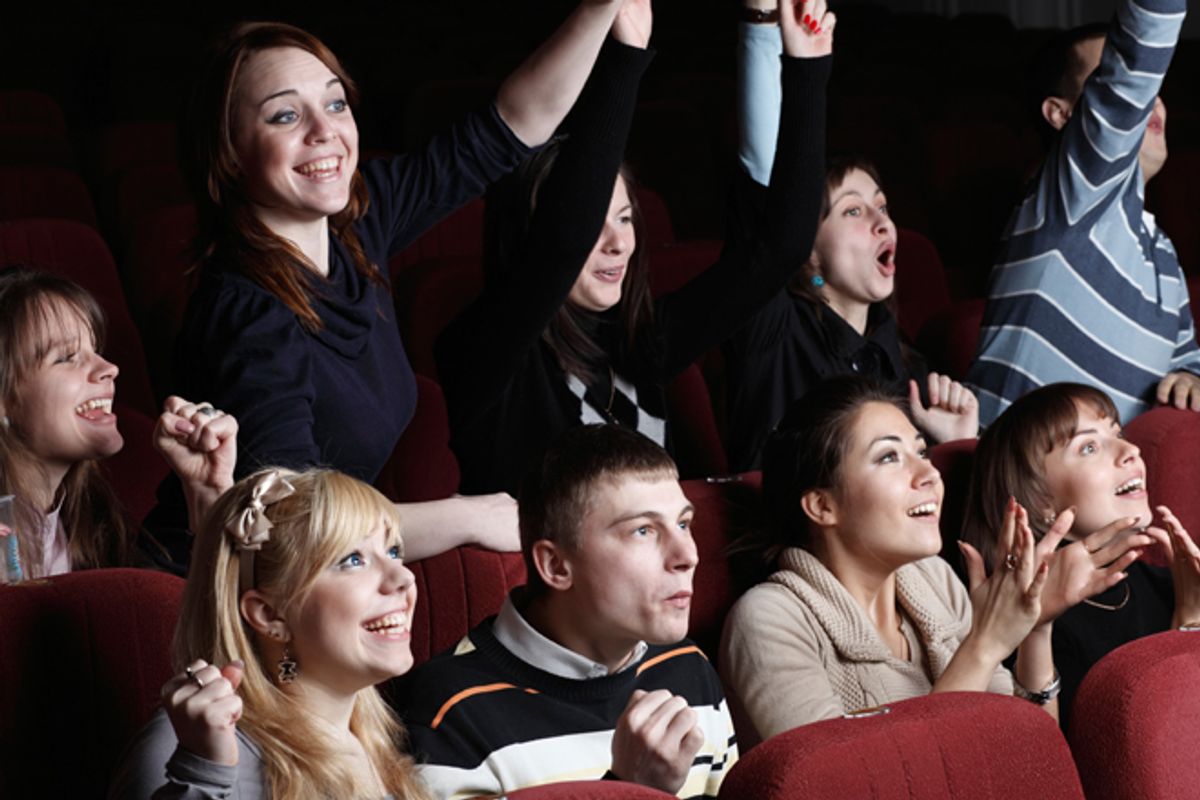 It's a general rule of thumb that a grown man doesn't get a lot of support for knocking out a 10-year-old child's teeth. But Yong Hyun Kim has won himself a few fans lately for doing just that.

Back on April 11, the 21-year-old Washington state man settled in with his girlfriend to enjoy "Titanic" in 3D -- right in front of a boy known only in police documents as KJJ. What ensued led to a night in jail and a charge of second-degree assault.

According to the Associated Press, the boy, who was at the theater with three friends and his mother, says "they were watching the movie and talking when Kim told them to be quiet." KJJ maintains that they settled down, but when he later whispered something to a companion, Kim "jumped over the seat, threw an iced drink at them and punched KJJ in the face." He says Kim told him something like, "You know what, I paid a lot of money to see this movie."

Kim, however, insists that the boys "were hitting him and his girlfriend with popcorn, running back and forth in the aisle and bumping him with their arms." He says that when he confronted the group, "they started laughing at him," provoking him to take a swing at the boy. "I got so mad that it just happened," he told police, adding that he didn't realize his tormentors were children. He now faces the possibility of up to nine months in jail. When police arrived at 10:40 p.m., they found the boy in the lobby "bleeding from the nose and missing a tooth."

What really transpired that night is still under investigation. I do know that, as a parent, I would never take a group of 10 year olds out late on a school night to see Kate Winslet's boobies. Nor would I, under any circumstances, let them talk through a movie, as KJJ himself admits he and his friends were doing. I've suffered through too many other families and that precise brand of self-centered behavior. And that's why Kim's assertion that a bunch of kids wouldn't stop wrecking his movie-going experience has struck a powerful chord of recognition among moviegoers.

Among the online commenters horrified that an adult would physically assault a child instead of just getting a manager, there have been plenty of folks who seem to know exactly where the guy was coming from. On USA Today, commenters have called Kim "a hero" and even offered "to pay for the man's defense." The more level-headed commenters suggest he should have hit the parents instead. And on the Seattle Post-Intelligencer's site, comments have been flooded by those who admit they've "wanted to do that" themselves and "understand the guy's feeling behind it."

As ticket prices skyrocket, the movie-going experience continues to deteriorate. If you've gone to a film lately – or for that matter, any public entertainment -- you've likely experienced the astonishingly rude behavior of individuals who seem unaware that they're not in their own living rooms. Texting. Talking. Kicking seats. It's exasperating and sometimes outright experience-ruining. And we rarely get the satisfying experience I once had when a row of rowdy teens were talking and texting during the film and a patron with roughly the dimensions of the screen barreled over, leaned down and whispered something to the group. I don't know what he said, but the kids all got up and left. When they did, there was a palpable exhalation of admiring relief in the theater. And when an Austin, Texas, woman was kicked out the Alamo Drafthouse last year for texting, the theater's cheeky pride in her outrage promptly went viral.

It's inexcusable to assault someone for being annoying or disruptive or even for laughing at you. Furthermore, Kim's assertion that he couldn't see how young the kids were – when he saw well enough to land a face punch -- seems a little shaky. Don't knock out little boys' teeth. In fact, don't knock out anybody's if you can help it. If you applaud hitting kids, you're probably a bad person. But the lesson here – whether you're a child or a grownup -- is pretty simple. If you don't know how to behave in public and you don't like losing teeth or going to jail, for God's sake, just stick to Netflix.