Hispanic voters may not be as decisive a voting bloc as everyone assumes. Just look at the swing states 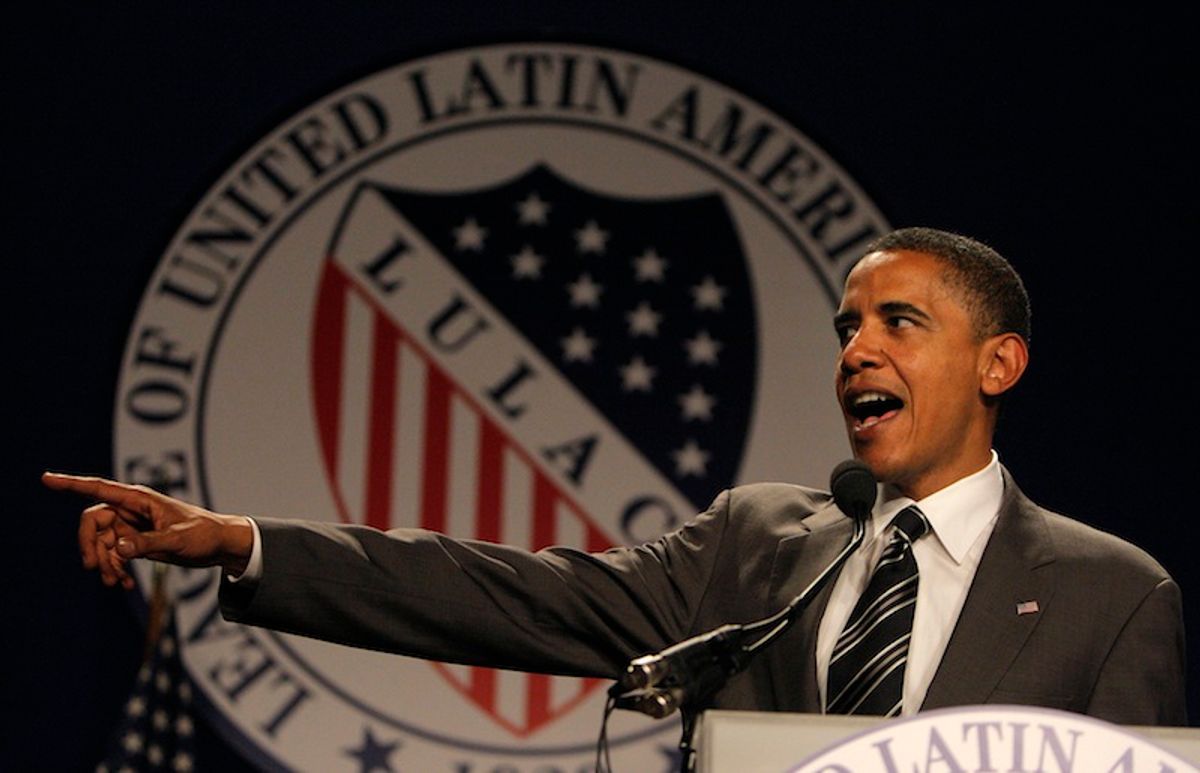 The conventional wisdom is that the growing Latino vote is key to President Obama's reelection prospects. By all accounts, Latinos favor the president over Mitt Romney by wider margins than they favored him over John McCain in 2008, when he won two-thirds of the Hispanic vote and captured crucial swing states with large Hispanic populations, including Colorado, Nevada and Florida. Bloomberg reported this week that lower-than-average unemployment in the key battleground states "coupled with the growth of adult minority populations in those states create a higher bar" for Romney in his quest to oust the incumbent.

But a closer look at the numbers is not so reassuring for the president. Much of the growth in the Latino population has occurred in California, Texas, Illinois and New York, which are not likely to be competitive come Election Day. While the Latino population is growing fast, the Latino electorate is not. Compared to other ethnic/racial groups, Latinos are more likely than whites to be under 18 years of age or to be non-citizens. "For every 100 Hispanic residents in the United States, only 44 are eligible voters aged 18 and over and U.S. citizens," notes William Frey, demographer at the Brookings Institution. "In contrast, 78 of every 100 white residents are able to vote."

Frey has argued that "minorities will decide" the 2012 election, but he acknowledged in a telephone interview that Latinos, as a group, do not loom large in most of the dozen battleground states. According to his analysis of 2008 and 2012 census data, Latinos comprise less than 2 percent of the voting population in Ohio and Virginia. In North Carolina, New Hampshire and Iowa, they comprise 3 percent or less of the electorate. In Wisconsin, they comprise 3.1 percent of voters, down from 3.7 percent in 2008.  Even if Obama won an additional 10 percent of the Latino electorate in these states over what he did against McCain, the increase would be smaller than his margin of victory in 2008 in every case.

That leaves Florida, Nevada, New Mexico and Colorado, where the Latino vote appears to be large enough to be decisive in a close race. The good news for Obama is that many of those states could make the difference between winning and losing the White House. The bad news is that the outlook is distinctly less favorable to a more decisive Latino role than 2008.

As Frey has noted:

Minorities mattered in 2008 for three reasons: first, their relative sizes compared with whites increased in each state; second, their enthusiasm for the Democratic candidate was greater than in 2004; and third, white support for the Republican candidate (John McCain) waned in comparison to the previous election.

None of those factors appear to hold true in Florida. Latinos comprise about 15 percent of the state's voters, unchanged from 2008. While a Gallup swing state poll earlier this month found Democrats are more enthusiastic about the president than Republicans are about Romney, they are also less enthusiastic about Obama's candidacy now than they were in 2008, especially minority voters. As Real Clear Politics  has noted:

Enthusiasm among non-white voters is down from 74 percent at this point in 2008 (vs. 58 percent for whites) to 48 percent today (the same goes for whites). And, indeed, in 2010, African-American turnout reverted to the mean. If this occurs in 2012, Democrats will need a massive surge in the minority population elsewhere to make up for this regression.

The most likely place for this to occur is within the Latino community. That population grew smartly over the 2000s. But -- much less remarked upon -- the Latino electorate did not. Indeed, since 2004, it has been almost perfectly flat, and it contributed only marginally to the decline of the white vote from 2004 to 2008.