Pick of the week: "Oslo, August 31st" is a wrenching voyage of discovery in Norway's suddenly trendy capital 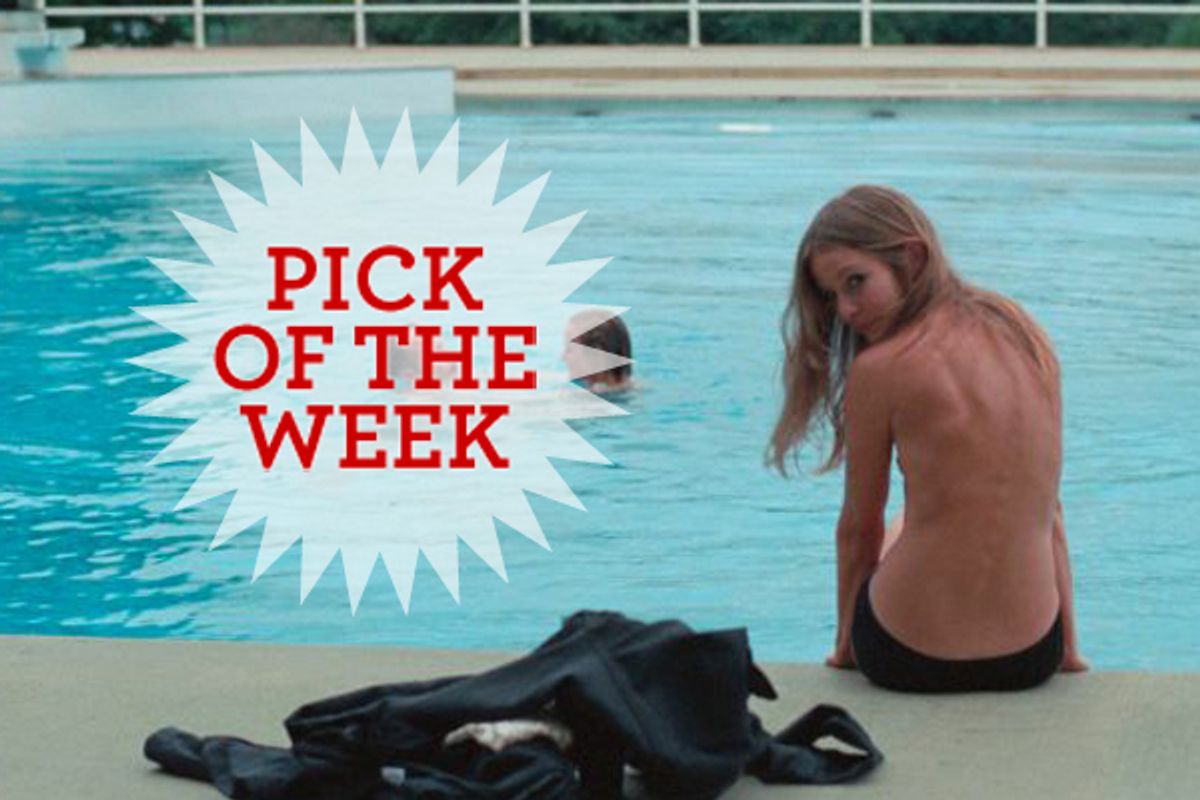 "Oslo, August 31st" is, as the title suggests, an evocation of one day in the Norwegian capital, as experienced by a troubled young man who's facing the end of summer and the end of his youth. It's a marvelously constructed personal journey, both wrenching and bittersweet, whose emotional ripple effects stay with you for days and weeks afterward. While much of international art cinema can seem overly talky or conceptually alien to American viewers, this second feature film from Norwegian director Joachim Trier is a dynamic, even breathtaking visual experience without much dialogue or any philosophical heavy lifting, following the bony, handsome, exceedingly vulnerable Anders (Anders Danielsen Lie) through coffee shops, nightclubs and bodies of water, en route to an ambiguous final destination.

I saw "Oslo, August 31st" last year at Cannes and found it powerfully affecting, but I never would have guessed that this small movie from a small country would have touched an international nerve the way it apparently has. In the wake of a breathless profile of doctor-turned-actor Lie and his supermodel wife, Iselin Steiro, in the New York Times' style magazine -- which made the film sound rather like a fashion accessory, or a handbook to Oslo architecture -- I almost feel the need to dial back expectations a little. Yes, there are drugs and dance clubs and traveling shots but, honest to Pete, we're not talking stylish, scenic, lovable hipster romp here, people. While "Oslo, August 31st" definitely has the dynamism and street-level energy of, say, an early Godard picture, and may indeed leave you eager to visit Norway, it's first and foremost an intimate tragedy about a likable young man who has wandered off the path of life into some very dark woods, and isn't necessarily finding his way back.

As in Trier's equally wonderful first film, the 2006 "Reprise" -- I'm pretty much the president of the cult on that one -- the director is interested in exploring the existential dark side of Scandinavian social democracy, with its largely homogeneous character and devotion to equal opportunity. When I talked to Trier about that film, which featured Lie and Espen Klouman-Hoiner as a pair of arrogant, doomed aspiring novelists, he observed that in Norway "there are a lot of people with a lot of choices. It sounds wonderful but there’s a darker side to that. Lots of people are not dealing with those choices very well." Anders in "Oslo, August 31st" is something like the worst-case outcome for Lie's character in "Reprise"; he's a guy from a loving, middle-class family who's got looks, health, intelligence and education, but for unknowable reasons finds himself on the edge of middle age as a penniless, unemployable, supposedly recovering junkie.

Trier and co-writer Eskil Vogt adapted their central premise from "Le Feu Follet," a 1930s novella about alcoholism by Pierre Drieu La Rochelle, but "Oslo, August 31st" could really be set anywhere at any time. It's about the painful necessity of adapting to change, every single day that we're alive, and if we identify with Anders even as we rage against his despair, it's because every living human has at some point considered the possibility that it's just too much and the struggle isn't worth it. Anders is doing well in drug rehab, and has cautiously been granted a one-day leave to visit Oslo friends and apply for a job. But we can tell from the first moments of the film that his agenda is more complicated than that; Anders is in the position of a certain Danish prince, evaluating the reasons for being against the reasons for ceasing to be. (Trier, by the way, is cousin to another famous Dane, "Melancholia" director Lars von Trier, and one could argue their visions of the world are related as well.)

"Oslo, August 31st" runs a lean, mean 95 minutes, and not one second seems unimportant. Anders moves through the streets of Oslo looking for reasons to live and reasons to die, and even though we don't know those streets as he does, we can tell that they're haunted with memories and private agonies. The city is dotted with construction cranes and demolition sites, remorselessly regenerating itself while he appears to stand still. Indeed, Anders' family home will soon be sold, and one of his personal missions is to pay a final visit. (The fluid, poetic cinematography is by Jakob Ihre.) He insults a prospective employer, refuses to make peace with his alienated sister, falls off the wagon -- at first tentatively, and then enthusiastically -- and leaves increasingly pathetic messages for his lost love, a woman who's now in New York. (It's the voice of Steiro, Lie's real-life spouse.) On the other hand, he flirts with a younger girl who seems affectionate and charming, and who seems to open for him the promise of a new beginning. Their scene together at an Oslo swimming pool that has just closed for the season, so suggestive of both death and rebirth (and, literally, of baptism) is so gorgeous I wanted to cry. OK, I did cry, and that wasn't the only time.

But none of that, not even the scenes where we feel that Anders is in imminent danger of taking his own life, are quite as painful as his visit with Thomas (Hans Olav Brenner), an old friend and veteran of long literary discussions and booze-and-drug sessions. Thomas has a wife and a kid now, and his vices involve an occasional bottle of beer. In the manner of one-time bohemians who've more or less grown up, he's kind of an ostentatious jerk about it -- but then admits to Anders, when they're alone, that he's desperately unhappy. Perhaps that's the "ordinary unhappiness" Freud wrote about, the unhappiness we all have to accept to get from the last day of August into the first day of September, in Oslo or anywhere else. But is that enough? Is that ever enough, for anybody? And can we forgive those who decide that it isn't?

"Oslo, August 31st" opens this week at the IFC Center in New York, and June 1 at Laemmle's Playhouse 7 and Laemmle's NoHo 7 in Los Angeles, with more cities and DVD release to follow.