When a writer's daughter met the pop star, it unleashed a torrent of Internet nastiness 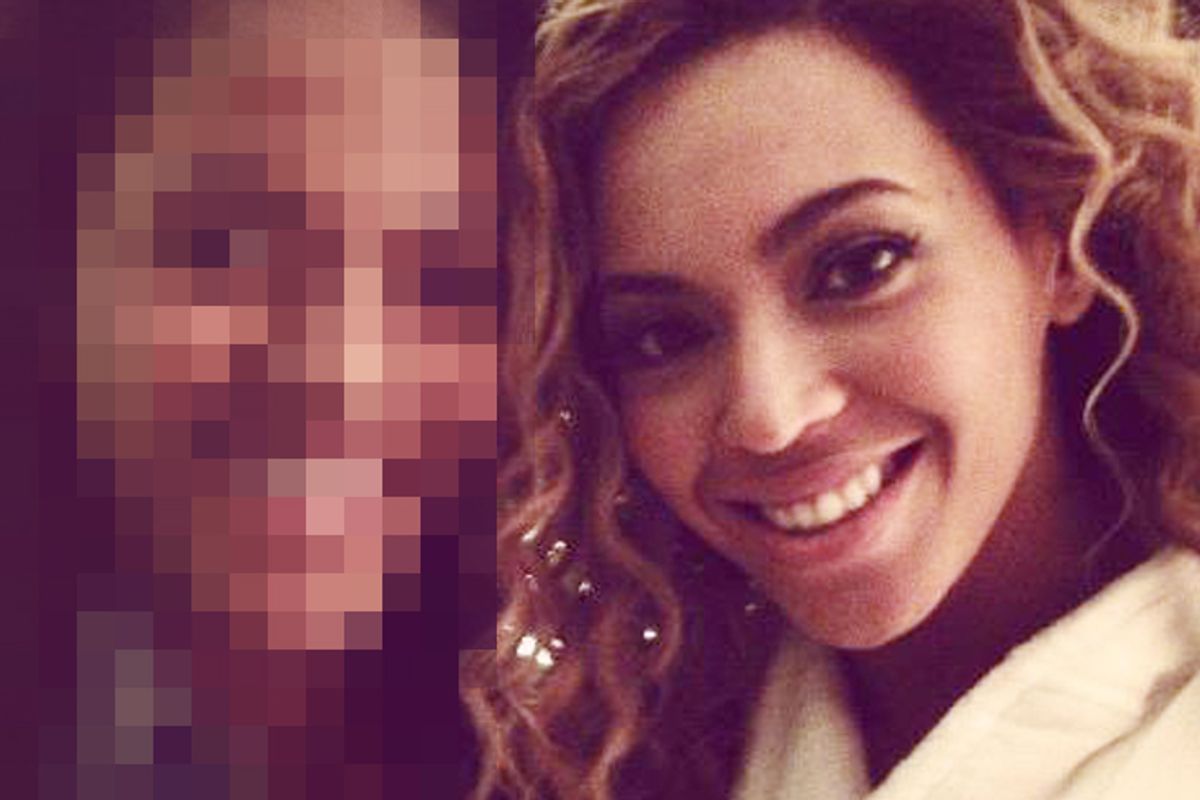 It's one thing when the bullies go after us. It's something else when they go after our kids.

Writer and filmmaker dream hampton is a good mom. She's respectful of her teenage daughter's privacy, referring to her in her Twitter and Tumblr feeds only as "awesome daughter," she says, "because she is, and because I'm private."

It's not that she's secretive about her existence or oblivious to the reality that information can get around. She's even used the girl's middle name and image in her other recent writing. But as she puts it -- right under a Tumblr photo of the girl in full, face obscuring fencing regalia -- a mom's job is "to love, protect and prepare" her child. So when hampton discovered that a photo she'd posted on her "very private Facebook page" of her daughter with Beyoncé at one of the singer's recent Revel shows had popped up on Tumblr, she was not pleased. (Hampton collaborated with Mr. Beyoncé himself, Jay-Z, on his bestseller "Decoded," and she co-wrote the uncompleted project "Black Book.")

Unfortunately, as Stacia L. Brown first reported on Wednesday on Clutch, it didn't take long after the image appeared for it to find its way to Twitter as well -- and in both places, accompanied by negative comments about the girl's appearance. So hampton took to Twitter to ask a user who had tweeted it: "How the fuk did you get a picture of my daughter?" and to "take it down pls." (sic) That's all it took for things to really get ugly, with spellcheck challenged Beyoncé obsessives ragging on hampton's "ugly daughter" with the "furry ass face" and a "bitch" mother. Should you have the stomach to read through it, it's a truly revolting display of cowardly cruelty aimed toward a mother and a young girl whose single crime seems to have been standing next to Beyoncé.

"People accuse me of being naïve that the picture would migrate from Facebook to somewhere else," hampton told Salon Wednesday. "But I've had a Facebook account for years and this never happened. I turn down people all the time who want to friend me. There's no way to be 100 percent protective, but I try to be thoughtful. And I've been surprised at every level by this. It surprises me that I see people who I think are adults, whom I assume are younger but who are grownups who pay bills, behaving like this."

Hampton's experience reads like a Greatest Hits of all the most pathetic aspects of online interaction -- the way that a request for privacy for one's child can be cavalierly disregarded, the way that wherever a picture of a female somehow does get out there in the world, it's an opportunity for a bunch of jerks to snark on her looks. The way that when someone – like a concerned parent, for instance – complains about it, it's even more fodder for the trolls to make fun of them, to tell them to "shut yo shit down." "I have a kind daughter," says hampton. "She doesn’t deserve this. And then my being emotional about this is getting mocked? I don't have the energy."

The unpleasant Beyoncé uberfans are not representative of the online community -- or even the fan community. Hampton herself describes Twitter as "more loving than hateful," and spoke fondly to Salon on Wednesday of "my friends I met through Twitter." But, she adds, "I am surprised this happened. I am. This is about my humanity. And I'm not open to being available for this. I had already been thinking about Twitter and how it creates a false sense of things of intimacy and of importance. I think this was the last straw."

Hampton, who has taken social media sabbaticals in the past, has decided enough is enough. She posted Tuesday, "I'm not really here for you to be tweeting me, in all kaps, what an ugly ass my child is … I've made amazing connections on Twitter, have been intellectually stimulated and have discovered amazing thinkers. But yes, I'm done." And then she signed off.

People come and go online all the time. And yet the trolls will always be with us, ready to hide behind the veil of anonymity and rip apart girls for their looks. (How bad is it? Last month Alexa Chung bailed on Instagram because of all the comments about her body.) And ready, likewise, to tear into anyone who expresses the authentic human emotions of hurt or anger or displeasure, who doesn't meekly accept viciousness as the price of participation.

Hampton says her daughter, meanwhile, "just wishes it would stop," saying, "This isn't her thing." And Beyoncé herself has taken matters into her own hands. When the dust settled Tuesday, she posted the contentious photo on her own Tumblr. It's of two smiling, happy females. They both look radiant. No further comment necessary.