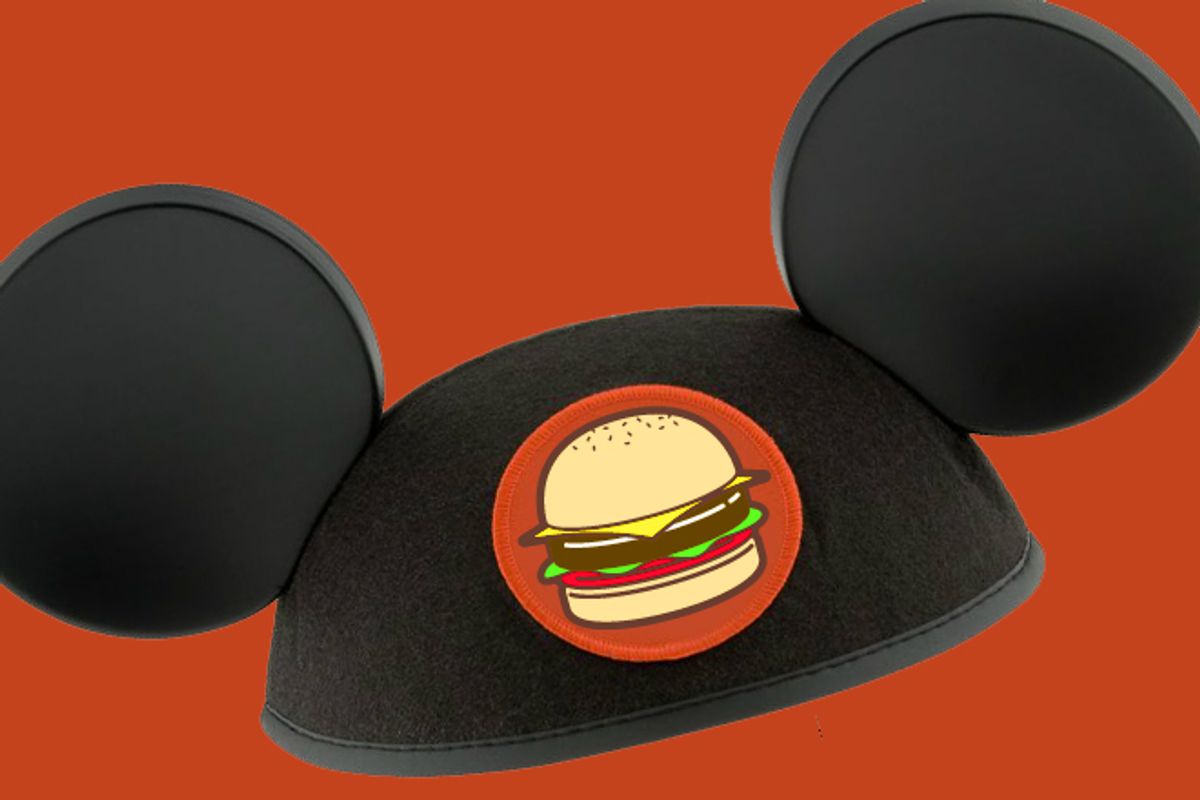 Who'd have thought one pernicious influence on our children would be leading the charge against another? On Tuesday, the Disney company announced its intention to "curb the advertising of junk food on its television and radio programs and online content aimed at children." The company hopes to have all the new advertising standards in place by 2015.

It's a massive overhaul of the company's standards – as its senior vice president of corporate citizenship Leslie Goodman explained Tuesday, potential advertisers will have to adhere to strict, across-the-board nutritional guidelines. "It's not just about reformulating a meal for a single advertising opportunity," she said.

Michelle Obama immediately called the announcement a "game changer," stating, "Just a few years ago if you had told me or any other mom or dad in America that our kids wouldn't see a single ad for junk food while they watched their favorite cartoons on a major TV network, we wouldn't have believed you."

The Mouse has already taken significant steps to encourage healthier eating. Some of its efforts have fallen massively flat, like a boneheaded, fat-shaming "Habit Heroes" exhibit at Epcot that was swiftly yanked earlier this year. Turns out separating the world into the virtuous Will Powers and the grotesque Lead Bottoms and Gluttons does not, in fact, lead to healthy attitudes toward the one-third of American children who are currently overweight or obese.

Other Disney efforts, however, have been considerably saner. Since 2006, the company has been moving to assure its characters and images only appear on foods that meet its nutritional guidelines for calories, fat and sugar. It's been revising the options at its theme parks, toning down the promotion of junk foods and offering more dietary options. When I was at Disney World in April, I was impressed to find whole grains, salads and vegetarian and vegan alternatives at the restaurants and even the ice cream parlor. You can still get your funnel cake on, but in case you're interested, the Happiest Place on Earth now has flax.

Will phasing out junk food ads magically create a generation of contented carrot-sticks eaters? Will it wipe out diabetes and heart disease? Yeah, right. But it's a positive step toward understanding that our options shape our choices. (See also: New York Mayor Mike Bloomberg's much-mocked campaign to downsize the city's supersized sugary drinks.) When families are peddled enormous portions and empty calories, that's what they'll go for. And when food companies can get away with cheaper, fattier and sugarier, that's what they'll make -- and that's what they'll sell.

But when individual consumers and corporate behemoths like Disney move in different directions, we all have the opportunity to do better by our children. Disney CEO Bob Iger said Tuesday that he hoped the move would spur potential advertisers to make new products that meet their standards. And consumers and corporations alike will no doubt be looking to other networks that cater to kids to see if they fall in Disney's line and adopt their own new guidelines.

It's hard to believe that the words "corporate" and "responsibility" can go uncynically together. And here's a thought -- families can already limit their children's exposure to the damaging hard sell of salty, sugary, fat-laden junk foods by turning off the TV. But a strategy of reinventing the options for kids and their parents isn't just good, it's good business. It casts Disney with the glow of social responsibility, and gives parents one less thing to feel guilty about when they do indulge in pop entertainment. It's not quite a fairy-tale ending, but it does offer the possibility that kids won't have to just watch "Snow White" if they want to see an apple.