A film too hot for Alabama 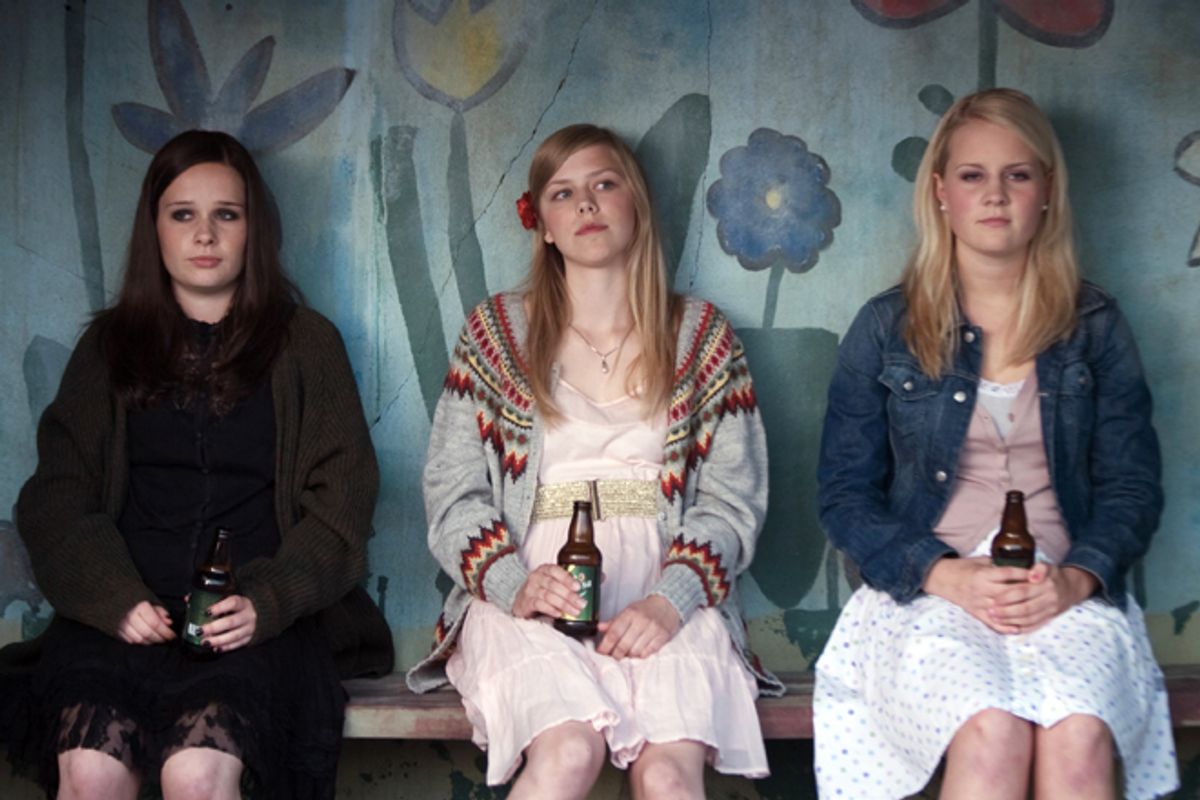 Malin Bjorhovde, Helene Bergsholm and Henriette Steenstrup in "Turn Me On, Dammit!"
--

After Christ Harbor Methodist Church pastor John Kearns noted that the Bama Art House Summer Film Series would include a film with the inflammatory title "Turn Me On, Dammit!" he decided that such a movie must not be "in step with community standards." Then when he heard the award-winning, critically acclaimed film is about a 15-year-old girl's awkward sexual coming of age, he really went into action.

Pastor Kearns contacted the Arts and Humanities Council of Tuscaloosa County, which hosts the summer film screening, as well as the mayors of Tuscaloosa and Northport, and Tuscaloosa County probate Judge Hardy McCollum. And what do you know? On Wednesday afternoon, the council issued a press release stating that the inclusion of the film had just been a "misunderstanding." "Due to the misunderstanding surrounding the theme and content of the film, the Arts Council and Bama Theatre have made the decision to cancel its screening, whether represented by the Council or outside entities. We hope this decision represents the wishes of all our constituents." In the wake of the switcheroo, the council's board president, Rebecca Rothman, glumly told AL.com Wednesday that "The Arts Council receives city and county funding. We are in the midst of a big fund-raising effort for the new cultural arts center. We were put in a very difficult position." She added, "This sets a dangerous precedent."

It's especially chilling because the film's screening was never intended as some Obama-crazed, taxpayer-funded bit of socialized feminist indoctrination. It was to be sponsored by the local company Left Hand Soap. "No government funds were going to it," owner Soapy Jones told Salon Thursday, adding, "I don’t think that the pastor or the mayor or anyone involved have seen it." It's still within any venue's rights to choose -- and even rethink -- its programming. But it's pretty shabby to trumpet a film as "part of this exciting series [representing] the organization’s goals to bring new and unique film to the West Alabama area" and then hide behind the excuse of "misunderstanding" to cancel it.

But Kearns isn't the only person in town with constituents. Jones has gone to hers as well. "When it was canceled, I communicated to the public and encouraged folks to speak their minds. I asked, 'What do you want to have happen here?'" She says, "We've had an overwhelmingly positive response. People who didn't want to see the film now want to see it. People are angry at the implication of censorship and intimidation and financial threats."

When reached for further comment, a spokesman for the Arts and Humanities Council of Tuscaloosa County told Salon Thursday, "From the Arts Council standpoint, our only official statement is the press release." Similarly, Kearns said, "I'm going to respectfully decline comment. I think it's better to let things lie the way they are." But the pastor told AL.com writer Ben Flanagan Wednesday that "The title was one thing, and the subject matter was the second thing. I felt like that was an inappropriate title and topic for our community."

Though "Turn Me On, Dammit!" has now been scrubbed from the Bama Film Fest calendar, Jones is looking for another venue. She told Salon Thursday that she'd been drawn to the film because "It's a movie about figuring out who you are and how you're going to deal with that -- and how the public is going to deal with it." Now, the community in an Alabama town is figuring out who it is too, and how to deal with it. As Jones says, "Even in the event it doesn’t get screened, the conversation is happening. That's already a win."
UPDATE:

Sometimes, you can fight City Hall. And the pastor and the judge and the Bama Arts Council.

After a heartwarming show of community support for artistic expression, the Arts Council of Tuscaloosa Friday reversed its decision to pull "Turn Me On, Dammit" from its summer film series lineup. Speaking to the Tuscaloosa News,  council executive director Sandy Wolfe said, "We received a great deal of feedback from the community, emails, phone calls, you name it. I've been copied on numerous emails that went to the mayor. Facebook and social media definitely exploded." And so, after clarifying that no city funding would be going toward the screening, the movie was back on the bill.

It's a testament to what happens when people get together to speak out, and when their civic leaders and cultural institutions listen to them. On Friday, another pastor opposed to the film, Randy Fuller of New Beginning Family Worship Center, told the Tuscaloosa News, "I guess now everybody that was angry at me for taking a stand will now be happy, and I hope they are." Thanks, Pastor Fuller. A victory against intimidation and artistic suffocation? A victory against strong arming cultural centers into cancelling movies community religious leaders have deemed inappropriate without, apparently, even seeing them? We sure are.