An urgent plea to political reporters 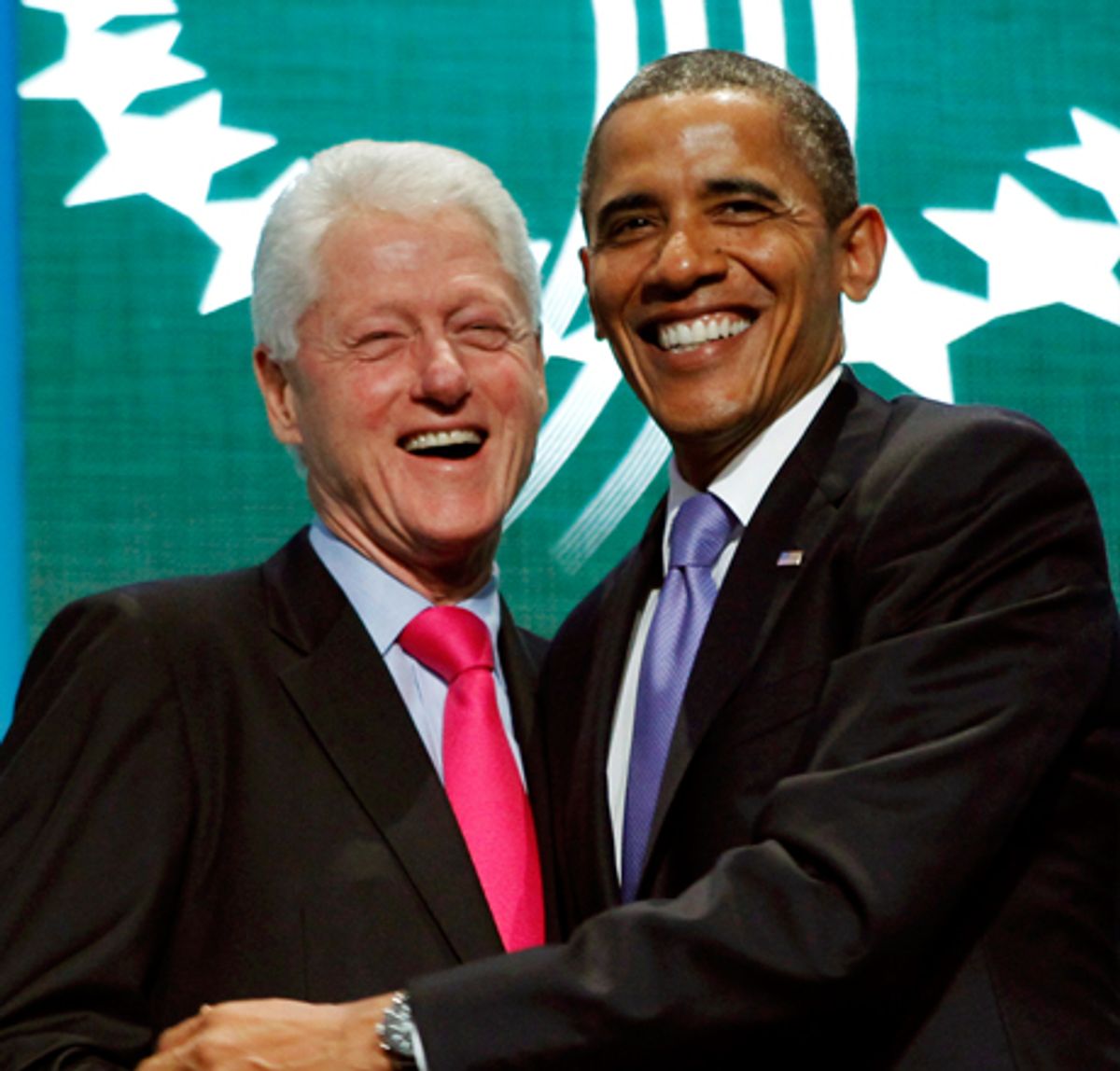 Let's all agree to just not pretend the president made an "oral sex joke" at his gay fundraiser last night, because that's stupid. It's stupid, and most of the people with jobs as political reporters are at least literate, and understand that this thing did not happen. So don't repeat it, or even write that "some say" they thought it maybe happened. This would've been fodder for one 200-word Wonkette post back in 2006, maybe. "Funny pool report says crowd tittered at unintentional double entendre" is not actually the sort of thing that the INSIDERS and political junkies who read Politico should concern themselves with. (And let's also agree to stop just adding question marks to headlines when the headline without a question mark is not supported by the content of the story, maybe?)

And speaking of literacy, and its use in writing news articles about politics, let's also agree that Bill Clinton did not actually "gaffe" or even go "off-message" when he referred to Gov. Mitt Romney's "sterling business career" as a means of being gracious before attacking him. (His endorsement of temporarily extending the Bush tax cuts was a bit more off-message.)

We all understand that Clinton's reputation for being uncontrollable is widely overstated -- I can tell we all understand that because a line to that effect shows up halfway through both the Post's and the Times' stories on how uncontrollable Clinton is -- so let's not make it a self-reinforcing reputation by misrepresenting random stray comments he makes. Save the "Clinton is a gaffe machine" moments for when he says or does something really stupid, like flying around on Ron Burkle's creepy sex jet or deregulating the financial industry. (Similarly, just because Joe Biden is frequently hilarious does not mean that everything he says and does is a silly mistake made by a funny clown.)

I am not calling for a high-minded focus solely on "the issues that matter," because lots of dumb stuff "matters" to lots of people -- Mitt Romney being an uptight rich guy is just as relevant as Barack Obama being a passionless former left-wing poser -- I just get annoyed when ostensibly smart people write very seriously about things they know to be total bullshit. (Obviously cable news pundits are exempt from this "they should know better" standard because the vast majority of them are genuine idiots.)