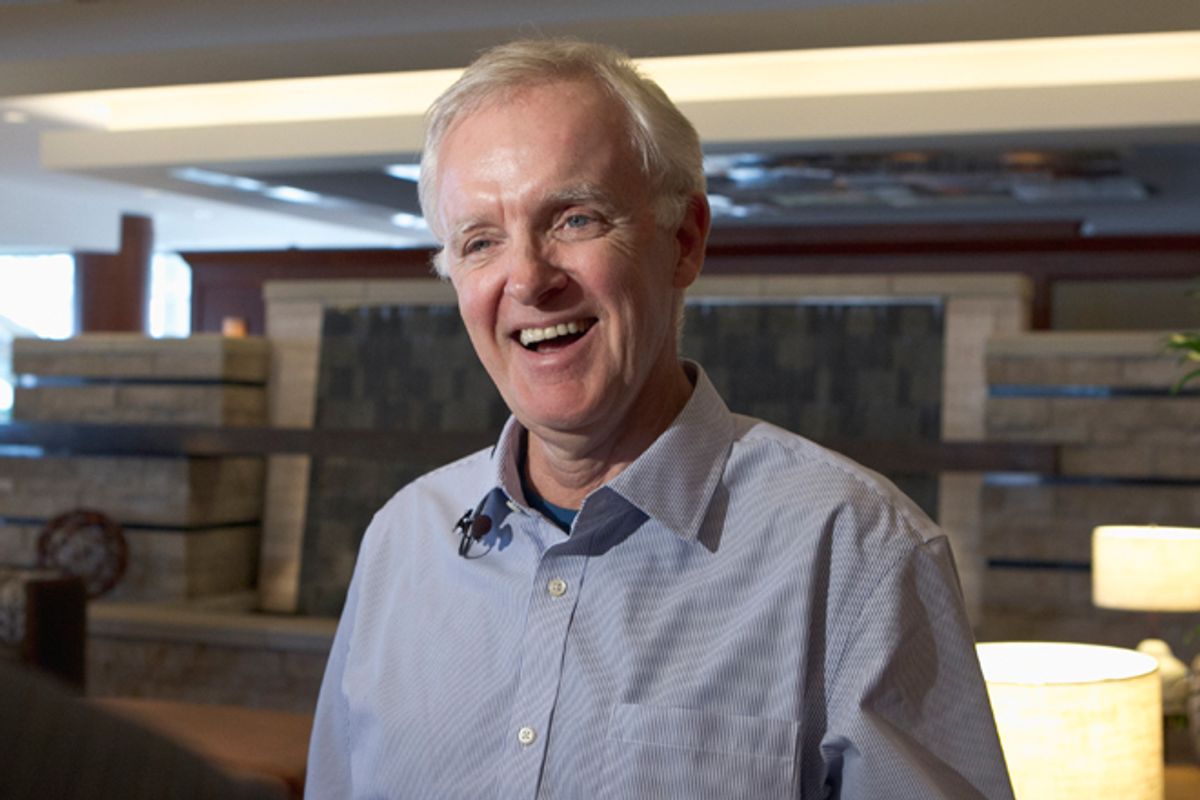 Bob Kerrey, ex-senator and longtime New Yorker, has decided to go off and try to get back that Senate seat from Nebraska that he gave up a few years back, because the detestable Ben Nelson is retiring to spend more time with his pharmaceutical companies and private student lenders. He will almost certainly lose in November to the Republican candidate, "generic Republican candidate," but because he is an ex-elder statesman attempting to return to statesmanning, his campaign is getting lots of ink. Like this big New York Times Magazine story, by Salon favorite Matt Bai, on how Kerrey would like to return to the Senate to save America from political extremism.

It is basically a generic Bai "old white moderate hope" profile. (A longtime reader of Matt Bai's work will frequently run across terribly exciting-to-Bai moderate politicians whose moderation is generally a question of temperament and not necessarily policy, because Matt Bai doesn't "do" policy. Jon Huntsman, Bob Kerrey, Mark Warner ... these are Bai's chosen ones, and they usually end up losing.) It is incredibly instructive as a guide to the incredibly misguided priorities of the rich, moderate elite, and their very odd explanations for what, precisely, has gone wrong in American politics.

"Entitlement" or "entitlements" are mentioned four times in the piece. "Debt," as in the federal government debt, not consumer debt, is mentioned four times. This is because Kerrey believes, and Bai clearly agrees, that America's most pressing crisis is the federal deficit, and the way to fix it is "entitlement reform." The word "job" shows up once, when Kerrey says the Obama administration "did a terrible job" selling healthcare reform. "Unemployment" is not mentioned.

Since his days in the Senate, Kerrey’s hair has turned completely white, and he immediately brought to mind John Slattery’s character from “Mad Men,” in his physical resemblance and in his impolitic brand of humor.

Walking into the tiny airport in Kearney, Kerrey was greeted by Sue Parsons, a former civics teacher. “I want to ask you what we do about Social Security,” she said as he extended his hand. “I mean, it sounds like it’s in the tank, and I’m 58.”

“But what about my son?”

“Oh, he’s screwed,” Kerrey said. Then he asked where the cookies were.

We are supposed to find this anecdote charming, I think. The problem is that Bob Kerry is full of shit. The fact that he is full of shit -- that he believes a popular fiction -- is not deemed worthy of comment. But he's spreading misinformation designed to scare people into supporting policies that aren't necessary but that are popular among rich, moderate elite politicos like Bob Kerrey. This lady's son isn't screwed. If he reaches retirement age 40 years from now, and no one has done anything to fix Social Security because Bob Kerry lost his election in 2012, the program will be able to pay him 75 percent of scheduled benefits. Crisis! Unless we just raise the payroll tax cap and/or slightly raise the tax rate and/or adjust the inflation calculation and/or maybe raise the retirement age one year. Or some other combination of small, decidedly minor fixes that require a "grand bargain" only if the people in charge of the bargaining actually have, as their actual goal, the dismantling of Social Security as it currently exists.

So we learn that Kerrey will bring a much-needed "sense of perspective to the debate." He will aid the "Gang of Six" in restoring "old-school compromise" to the once-great United States Senate. (The Gang of Six is a group of six senators dedicating their time to long-term debt reduction while millions of Americans go without work.)

And the end game is to somehow magically restore comity in the Senate and use that comity to enact debt-reduction policies that have thus far failed spectacularly because they are unpopular with majorities of legislators and voters on both sides of the American political divide. But debt-reduction is serious, and adult, and its unpopularity is proof of its urgency. The fantasy is that rich, moderate daddy, with one foot in the enclave of wealth and power of New York/the Beltway and another in the Real America of the (older, whiter, more rural) heartland, will make America take its Luke Russert-prescribed medicine.

The only problem is those damned political parties and their extremist leaders. But Kerrey has a plan for that, too!

One of his central proposals calls for a constitutional amendment that would ban party caucuses in Congress and establish nonpartisan elections for the House and Senate, much like the unusual system that has governed Nebraska’s Legislature since 1934. The amendment, as Kerrey envisions it, would also eliminate the unlimited campaign donations made permissible by the Supreme Court. Practically speaking, what all of this would mean, he says, is that there would be no “party line” to follow but rather coalitions based on ideology or shared interests.

We already have coalitions based on ideology or shared interests and they're called "political parties." Party identification helps voters figure out which candidate shares their values and policy preferences. (Also this eliminates unlimited campaign donations how?)

So elect Bob Kerrey, Nebraska. Not because he'll do anything to help Nebraska, specifically, but to fix the moral rot of the Senate, which has been poisoned by partisanship.