A slobbering slide show on a sexist sports site forgets that female athletes are also, you know, athletes 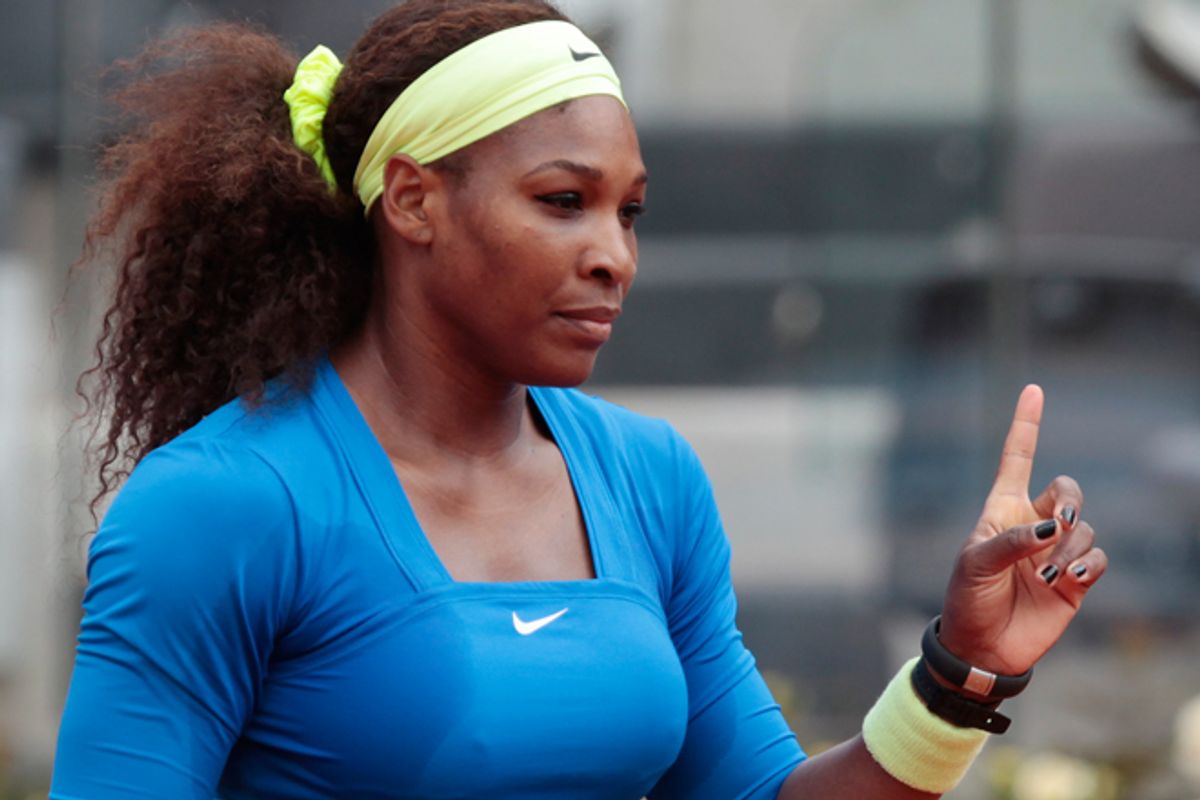 With just over a month to go before the London Olympics, maybe now would be a good time to remind you of an exciting new development in the field of athletic competition. The ladies aren't just there to give you boners.

Kudos today to Alyssa Rosenberg at Think Progress for drilling down the "15 Most Insanely Sexist Things in Bleacher Report’s Insanely Sexist Ranking of Female Olympians." In it, Rosenberg rightly boggles at Thomas Delatte's drooly tribute to the assemblage of T&A otherwise known as the most powerful, skilled women of summer sports in the world. Delatte fist-pumpingly explains that "I write about sports and women because, well, IT IS AWESOME TO DO!" Like "The 10 Hottest Victoria's Secret WAGs in Sports" and the "20 Hottest Mistresses in Sports." It's not exactly a step up that he's writing about women who are actually in sports, as opposed to merely banging men who are.

It's an amazing document, a slobbery tribute to "great players with sex appeal," "goddesses," "little soccer hotties," "ridiculously tall and skinny female Chinese hotties" and other athletes who secondarily happen to be among "the best ... players in the country." If this were a Calvin Harris song, it might be cute. As a means of introducing sports fans to Olympic contenders, puke.

Here, for example, is what he has to say about Serena Williams: "Why do so many people send me hate mail about Serena Williams, saying she is ugly? I just don't understand it. Yes, she is not one of the hottest female tennis players in the world, but her amazing figure makes up for any lack of beauty elsewhere. That is a fact." Oh also, former top-ranked female tennis player in the world. But whatevs.

Athletes are, by definition, human beings whose bodies inspire awe and admiration. I get that. I've seen Michael Phelps' abs. But when you are in the habit of promoting the notion that male athletes are athletes and females are just, you know, HOTTIES, you are going beyond offensive and into the realm of outright damaging. You are telling both men and women, boys and girls, that there are real sports and then there are the things women do to get attention in their "sexy bike tights." It's almost 40 years to the day that Title IX passed, and right now there are exactly two women on the front page of Bleacher Report. They're cheerleaders. In the introduction to his spankfest slide show, Delatte asks readers, "Who doesn't enjoy reading about hot female athletes? Seriously, who?" Seriously, people who see female athletes as athletes. Seriously, people who take them seriously.