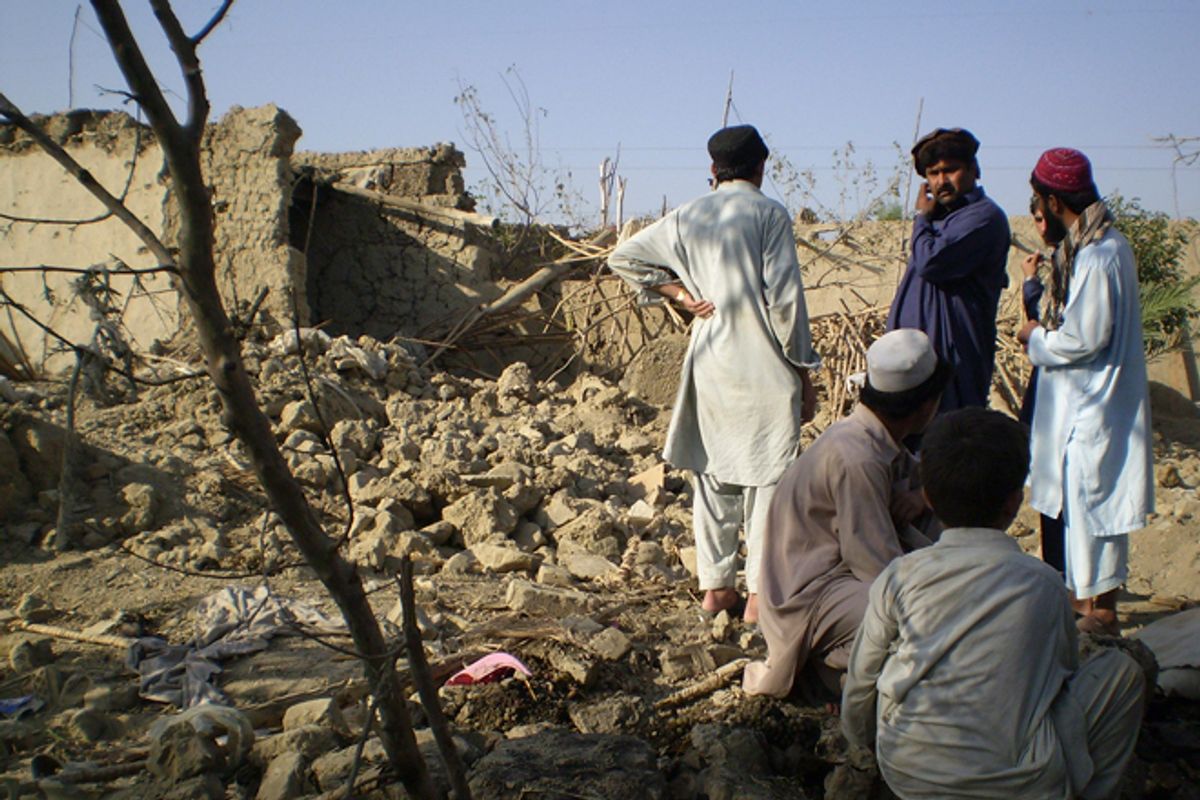 There's more "collateral damage" from the U.S. drone war. Pakistani children under 5 years of age and American taxpayers far from the war zone are also paying a price for the Obama administration's secret aerial war.

A Pakistani Taliban commander has banned polio vaccinations in North Waziristan in the tribal belt, days before 161,000 children were due to be vaccinated. He linked the ban to U.S. drone strikes and fears that the CIA could use the polio campaign as cover for espionage.

The announcement, made over the weekend, is a blow to polio vaccination efforts in Pakistan, one of just three countries where the disease is still endemic, accounting for 198 new cases last year — the highest rate in the world, followed by Afghanistan and Nigeria.

If not for Obama's drone war, the children, all of them 5 years of age or younger, would have received the vaccinations, starting this week. The cancellation threatens Pakistan's progress in curbing polio, according to the Times. "So far this year, Pakistan has recorded 22 new polio cases, compared with 52 in the same period last year."

Meanwhile, the Pentagon — meaning the U.S. public -- is paying an extra $100 million a month because of the drone war, according to Defense Secretary Leon Panetta. That's the tab for the increased resupply costs because Pakistan has closed NATO's ground supply routes to Afghanistan. The formal reason for the shutdown is that the U.S. will not apologize for a U.S. air attack last November that killed 24 Pakistani soldiers, apparently by accident.

But, by all accounts, the larger issue is the drone war, which is opposed by almost every sector of Pakistani society. By closing the overland routes the Pakistani military hopes to pressure the U.S. into scaling back the drone war or consulting with Pakistan about the targets. The U.S. has refused, preferring to pass along higher resupply costs to the taxpayers.

"It's very expensive because we're using the northern transit route in order to be able to draw-down our forces and also supply our forces," Panetta told Congress last week. "The amount is about ... $100 million a month because of the closure of those [Pakistani routes]."

As the impasse between the two governments shows no sign of easing, the additional cost imposed by the drone policy could exceed $1 billion by the end of the year.

While the administration focuses on the security benefits of killing militants planning attacks on U.S. targets, the costs are proliferating. Along with growing hatred of the United States, loss of U.S. credibility on human rights and the killing of children, the price of the drone war now includes more polio and more debt.