Who's the best would-be Woody?

Jesse Eisenberg stars at the latest neurotic Woody Allen surrogate in "To Rome With Love." Let's see how he rates 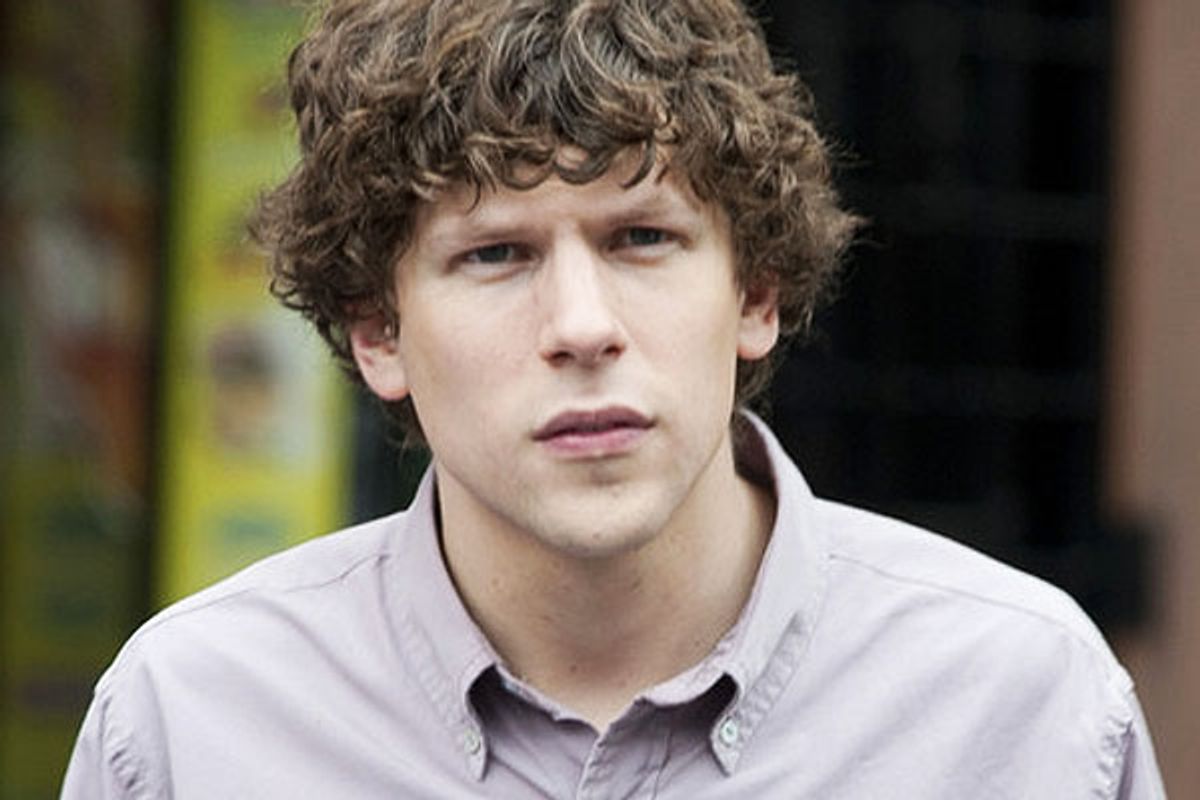 Let's start off by dispelling a widely held misconception. It's simply not true that Woody Allen, in the years since he stopped playing the romantic leading man in his own movies, has only cast tall, good-looking, Anglo-Nordic gentile types in the "Woody Allen" roles. OK, it's about 60 to 70 percent true, depending on how you count Will Ferrell, star of the supremely forgettable "Melinda and Melinda," who is of Irish ancestry and not necessarily considered among the most smoldering men in show business.

Daringly, Allen has employed two actual Jewish actors -- Larry David in "Whatever Works" and Jesse Eisenberg in the brand-new "To Rome With Love" -- to play his self-involved, loquacious and neurotic (yet fatally irresistible to women) protagonists. And then there's the intriguing case of Jason Biggs, the one-time star of "American Pie," who headlined Allen's 2003 flop "Anything Else" and has specialized in playing Jewish characters his entire career. (Apparently even Woody did not realize that Biggs is actually a Catholic with Italian roots.)

And while Allen is passionately committed to a jokey, old-school and largely stereotypical view of gender roles, he veered into accidental avant-garde feminist territory with the 2006 "Scoop," featuring a bespectacled Scarlett Johansson investigating murders and canoodling with a villainous Hugh Jackman. One could argue, of course, that Johansson's awkward journalism student is not a classic Woody surrogate and that "Scoop" is an effort to make a different kind of movie altogether; and one could also argue that I should have crawled further out on a limb and included Rebecca Hall from "Vicky Cristina Barcelona" on this list. (That film, one of Allen's weirdest, darkest and funniest, sort of defeated me: Is Hall the main character? Is Johansson? It isn't Penélope Cruz or Javier Bardem, who are basically human sex toys.)

What we can say clearly, I think, is that about a decade ago, Allen realized conclusively that he could no longer use his own screen persona as the canvas for his romantic and aesthetic fantasies. He'd experimented with other actors in leading roles before, casting John Cusack in the 1994 "Bullets Over Broadway" and Kenneth Branagh in the 1998 "Celebrity." But the turning point seems to have been the alarmingly autobiographical "Hollywood Ending" of 2002, in which the 67-year-old Allen played a temporarily blind movie director who makes a film that is rejected by Americans but embraced by the French, along the way winning back his much younger ex-wife (Téa Leoni) from a better-looking guy.

"Hollywood Ending" was a lazy and sloppy film that failed at the box office and, worse yet, suggested that Allen was fatally out of touch with his own image and abilities. Since then, he has retreated to the director's chair, occasionally playing comic sidekick roles although he claims not to enjoy them. At his Cannes press conference for "You Will Meet a Tall Dark Stranger," Allen explained: "It’s no fun to play the guy who doesn’t get the girl. So I’m just over in the corner, directing the film. ‘See that old guy over there? He’s the director!’ I’d rather be the guy who sits opposite the girl in the restaurant and lies to her. If I can’t find a way to get the girl, I won’t do it at all.”

But I come to praise Woody Allen, not to bury him, honestly. Perhaps the most amazing consequence of Allen's indefatigable persistence is that he has renewed himself at senior-citizen age, making by far the biggest hit of his long career ("Midnight in Paris," which also garnered his third screenwriting Oscar), and working with a hand-picked roster of international stars. If "To Rome With Love" lacks the same box-office potential, it's a frothy, slightly rueful tripartite farce set in the Eternal City, which brings together Eisenberg, Cruz, Roberto Benigni, Alec Baldwin and Ellen Page. So for this catalog of Woody Allen stand-ins, we'll start there and move backward into the past, in the tradition of American cinema's greatest nostalgic.