Why did the FBI gut a bill requiring the cruise industry to report sexual assaults and rapes? 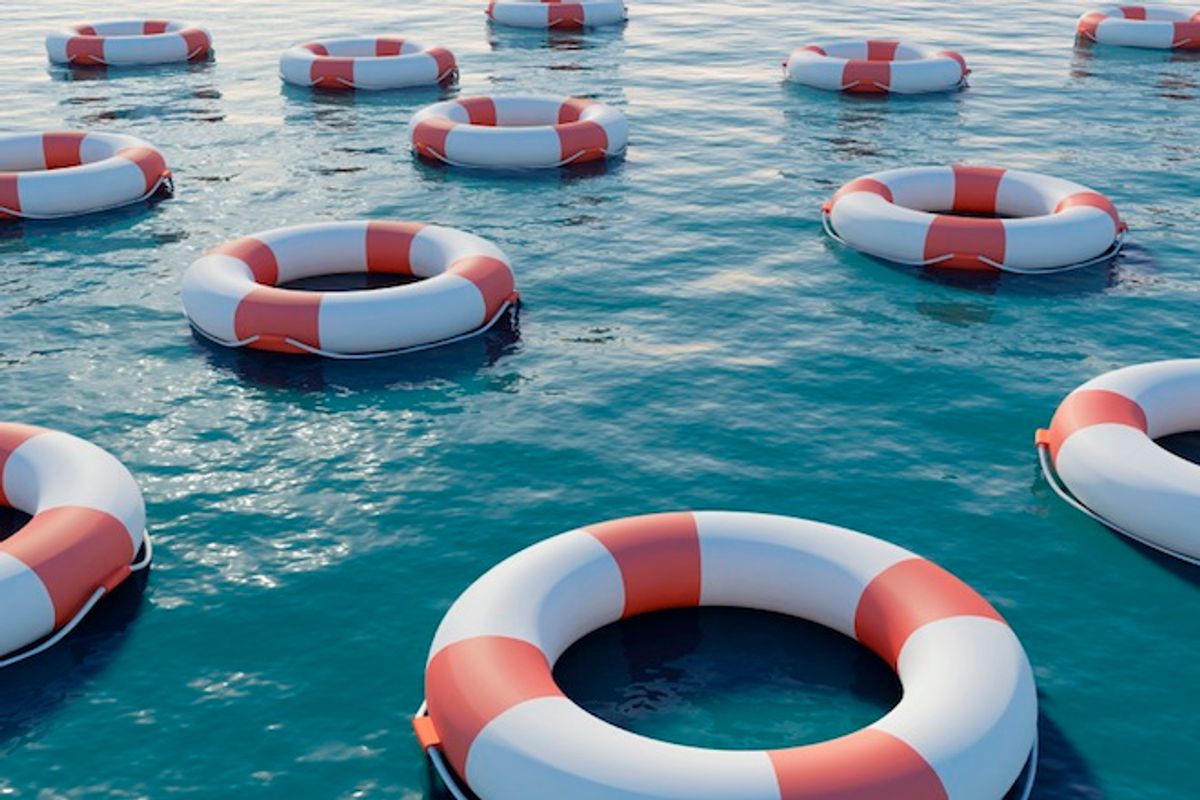 In January, a 20-year-old Brazilian man named Luis Scavone and a teenage accomplice allegedly raped a 15-year-old girl on a Royal Caribbean holiday cruise. You’ll find no mention of the crime, however, in the FBI and Coast Guard’s database of cruise ship crime. Nor will you find mention of the other rape that allegedly happened on that same cruise. In fact, as Cruise Law News points out, you won’t find a single instance of rape or sexual assault reported on any Royal Caribbean cruises this year.

It’s not as though such crimes are uncommon on cruises. In fact, sexual assaults on cruise ships have been such a problem that in 2010 Congress passed the Cruise Vessel Security and Safety Act of 2010 to increase regulation of the cruise industry, including a requirement that companies create policies to protect rape victims. It also required cruise lines to report serious crimes and missing persons to the FBI when they involved a U.S. citizen, a tally of which would be reported online quarterly on a website maintained by the U.S. Coast Guard. Within the reports, crimes would be broken down by cruise line, the type of offense and whether the perpetrator was a crew member or passenger. Previously, cruise ships voluntarily provided crime statistics to the FBI, but they weren’t made public.

But inexplicably, the FBI inserted language into the bill when it was in committee that has undermined the reporting requirement, raising uncomfortable questions of whether the Bureau is too close to an industry it now has jurisdiction over. The reporting change is all the more peculiar because it flies in the face of how law enforcement has recorded and reported crimes for almost a century.

The purpose of the requirement, according to cruise line rape survivor Laurie Dishman, now an International Cruise Victims vice president, was to give American consumers the information they would need to make an informed decision about whether to choose one cruise line over another based on the crime rate or choose another type of vacation altogether. When Dishman was brutally raped by a crew member she had no idea that sexual assaults were a common occurrence onboard these massive floating cities. To make matters worse, the FBI declined to prosecute her assailant because it determined it was a “she said, he said” case, despite physical evidence of ligature marks around her neck and an impacted tampon. But Dishman wouldn’t be denied and she sought justice through the legislative process. With the help of the ICV, they convinced Rep. Doris Matsui and Sen. John Kerry to draft and sponsor the CVSSA in the hopes of preventing further crime as well as protecting victims when a crime did occur. Its passage was an almost Capraesque tale of a small group of committed activists doggedly pressuring their elected representatives for legislation in the common good against the deep pockets of a powerful industry. It was a feel-good, small “d” democratic story that showed that sometimes the little guy can win on Capitol Hill.

Or so it seemed.

As the law took effect, the ICV began to notice that the number of crimes reported onboard cruise ships had all but vanished. For instance, in between December 2007 and October 2008, cruise lines voluntarily reported 363 crimes to the FBI, according to FOIA requests from South Florida's Sun Sentinel. But only 54 crimes were reported publicly between 2010 and the first quarter of 2012 under the FBI's new mandatory reporting methodology. In the third quarter of 2011, zero crimes were reported, even though the FBI admitted that alleged crimes had occurred.

In a late 2011 letter to the FBI, ICV president Jaime Barnett, who lost her daughter on a Carnival Cruise Line ship, decried the criminal reporting stats listed on the Coast Guard website. “We believe and firmly assert that the FBI reports, which are published by the USCG, are not in compliance with the actual reporting requirements as outlined in the law which clearly indicates that all alleged crimes recorded in each report, that are not under investigation by the FBI, be reflected,” she wrote.

Barnett at that time had no idea that the FBI was behind the change. In response to the ICV’s complaints about criminal reporting or lack thereof, the FBI said on multiple occasions that the Bureau could not interpret the legislation; it could only follow it. Not once did the FBI or the representatives it sent to four meetings beginning in April 2011 with the ICV admit that it was the Bureau that was responsible for changing the provision. That knowledge came on May 30, when the ICV learned from Sen. John Kerry’s office that the FBI had requested additional language be added to the criminal reporting requirement when the bill was updated by the Commerce Committee.

The inserted language seemed innocent: Crimes would be reported “that are no longer under investigation by the Federal Bureau of Investigation.” Carver, who founded the ICV after his daughter disappeared from a Royal Caribbean Celebrity Cruise in 2004, says that after he was made aware of the change he had lawyers look at it. They all concluded the change was nothing to worry about: Crimes onboard cruise ships would be reported to the public in a timely matter. The language also made it by the bill’s sponsors, Sen. Kerry and Rep. Matsui.

But the FBI interpreted its own language far differently. According to the FBI’s interpretation, crimes would only be reported publicly after the FBI opened and closed the case. That leads to a dramatically low crime rate, says Barnett, because the FBI only opens cases of reported crime onboard cruise ships 10 to 20 percent of the time. But reporting crime this way also destroys the bill’s original intent to give American consumers timely crime rates so they can decide what cruise provider is the safest or whether cruising is too risky for them and their families. In a December interview about the reporting provision, supervisory special agent Kurt Schmidt of the FBI’s Violent Crimes Unit admitted crimes committed today might not end up reported any time soon. “We have to take into consideration not only a verdict and sentencing of the individual, but we also have to take into account potential appeals, so the case may remain open until all appeals are exhausted,” he said. In other words: years.

One of the absurdities of the FBI’s language insertion, notes Ross Klein, a professor at Memorial University of Newfoundland, who studies issues involving cruise ships and operates the website Cruisejunkie, is that Dishman’s crime would never appear in the statistics because the FBI never opened a case. This occurred, he observes, despite the fact that Dishman received the largest settlement from a cruise line involving an allegation of sexual assault. In a morbid twist, the ICV activists say, the cruise lines are promoting the Coast Guard website as evidence that crimes occur rarely on their vessels.

This leaves ICV leaders wondering what the FBI’s intent was. “Why would they want to change the bill?” Dishman asks incredulously.

The FBI’s decision is particularly curious because the way the Bureau reports crimes onboard cruise ships is completely different than how it reports crimes within the United States. Each year under the Uniform Crime Reporting system, the FBI releases nationwide crime statistics based on the number of criminal complaints and reports received from local and state law enforcement. The system essentially gives the benefit of the doubt to reported crimes, says professor Michael Walker, a former police chief and adjunct faculty member in the Department of Law and Police Science at John Jay College, since surveys consistently show that the number of crimes within the country are underreported. Walker says that reporting only opened and closed cases, which the FBI does under the CVSSA, turns the UCR system on its head. “The UCR has been in effect since 1929,” says Walker, who also sits on the FBI’s Uniform Crime Reporting Subcommittee, “and it has served law enforcement very well.”

It’s an assessment shared by the FBI’s own Criminal Justice Information Service, the Bureau division responsible for maintaining the UCR system. “Many crimes occur that are never solved, which in turn would never lead to prosecution. An agency may elect to administratively close these cases, however, some agencies may leave unsolved cases open,” says Stephen G. Fischer Jr., chief of multimedia productions at CJIS.  Reporting only on crimes that were closed and/or prosecuted would be a misrepresentation of the true crime picture.”

The FBI declined to comment for this story except to say it stood by what its representatives told the ICV in multiple meetings. The Bureau would not address the discrepancies between how it reports crime within the United States as opposed to its laxer standards for cruise-based crime.

Advocates of stronger regulations and reporting requirements, like the ICV, also allege an incestuous relationship between the Bureau and the cruise line industry, particularly Royal Caribbean, the industry’s second largest cruise line. When former executive assistant director for the National Security Branch Gary Bald retired from the FBI in 2006, Royal Caribbean created a new position for him as vice president of global security. A year later, Eleni P. Kalisch, assistant director of congressional affairs for the FBI, became the cruise line’s vice president for federal government relations.

“Do you think that she doesn’t have friends in the FBI?” asks Klein.

But the questionable associations don’t end there. In a March article in Fairplay, Carver noted that every two months the industry’s trade association, Cruise Lines International Association, hosts a closed meeting with the FBI and the Coast Guard to discuss security issues where dinner is offered. ICV requests to the FBI and Coast Guard to attend the meetings have been ignored.

“We shouldn’t have to butt heads or fight with our own FBI,” Barnett wrote in an email to Salon. “It seems to me they would be on the same side we are on … the side wanting increased safety and security for all U.S. citizens rather than siding with those whose Teflon-like approach to accountability reduces personal safety and security to nothing more than bureaucratic shuffling and finger pointing.”