Ann Curry is not really sorry

"Today" co-host gives a perfect tearful goodbye, and like a scorned political wife, emerges more popular than ever 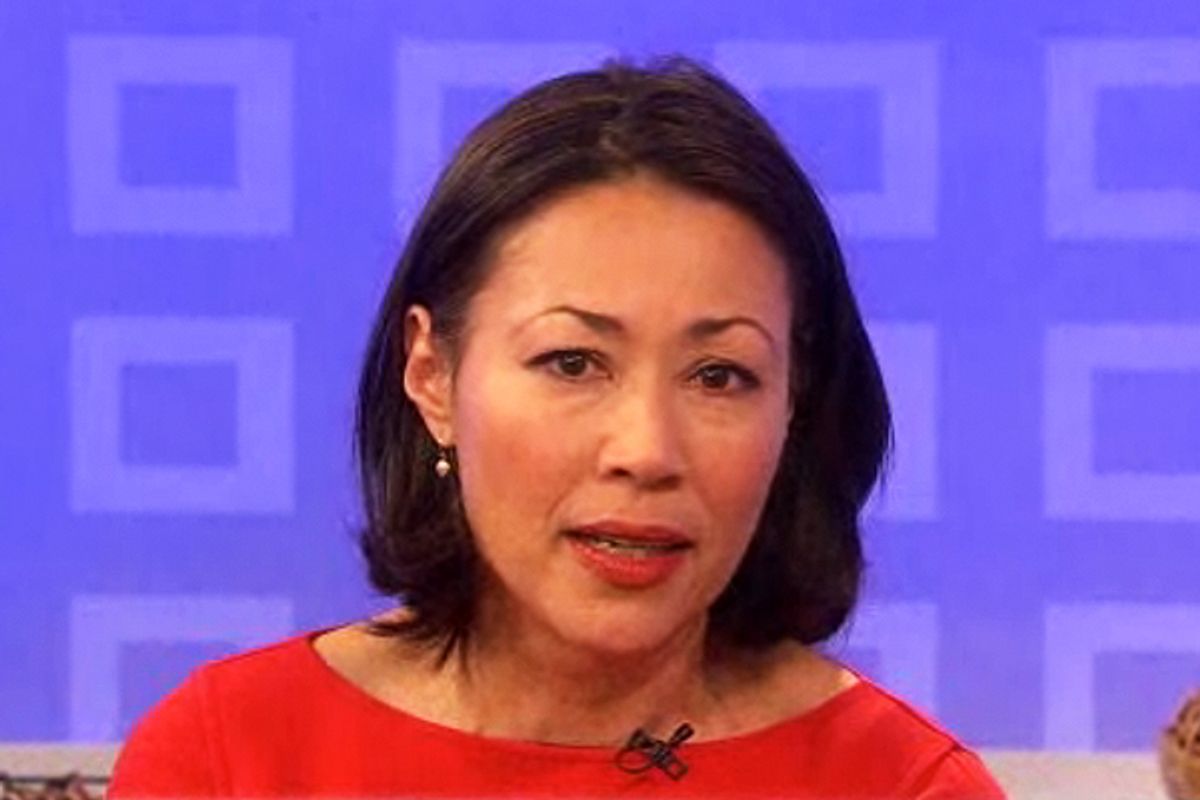 The very strange saga of Ann Curry’s tenure as co-host of NBC's “Today" show came to an end this morning. Curry took over the gig from Meredith Vieira about a year ago, a period that has coincided with a decline in ratings for “Today” and an uptick for its rival, ABC’s “Good Morning America.” The between-the-lines explanation for the slump has been Curry’s carriage as a co-host — a little too emotional and empathetic — and her lack of chemistry with “Today’s” Grand Poobah Matt Lauer and the rest of the on-air talent.

As a piece in Sunday’s New York Times about Curry’s hosting skills put it, "There’s an inescapable sense that Ms. Curry is outside the group in a subtle but unmistakable way, like the stepsister Cinderella without a prince." (America, not a fan of stepsisters, always looking for a princess?) Last week, news began to leak that NBC was actively trying to oust Curry, leading to several extremely awkward shows wherein Curry reported to do a job that she and all of America knew she was getting fired from.

But this morning, Curry officially bid farewell to “Today,” with a very tearful, raw and occasionally difficult-to-watch goodbye. Curry will continue to work for NBC, heading up a team that will report on major news stories, but as Curry put it, “This is not easy to say." Speaking directly to the audience, Curry teared up as she said, “I have loved you, and I have wanted to give you the world.” She thanked viewers and the crew for all her opportunities, joked through tears about how “After all these years, I don’t know if I can sleep anymore," adding, “I’m so sorry I’ve turned into a sob sister this morning." Then she lowered the big emotional boom: “For all of you, who saw me as a groundbreaker, I'm sorry I couldn't carry the ball over the finish line, but I did try."

What strikes me the most about the hyper-speed Curry kerfuffle is the extent to which she is following a very familiar path — that of the wronged political wife. Before last week, after all, Curry was not all that well liked. Yes, she had her supporters, but they were not numerous or vocal enough to give NBC much pause about firing her. NBC then very publicly and shadily wronged her, leaking rumors about her job status to the press, rumors that Curry told USA Today “hurt deeply.”  By showing up to work last week, Curry performed the equivalent of the press-conference perp-walk, standing by her man, honorably doing her duty, and proving, as one producer put it, what "kind of person she is — a good person.”

With her climactic emotional speech this morning, Curry has completed the process of facing a humiliating trauma on camera. It makes her a much more sympathetic public figure. Unlike Hillary Clinton, it was Curry’s over-emotionalism, not her toughness, that was conceived of as her "problem." But just like Hillary, she has never been more likable now that she has been so publicly wronged.