"Savages": Oliver Stone, back on drugs at last

With "Savages," a hallucinatory and violent pot saga, the director returns to the days of "Natural Born Killers" 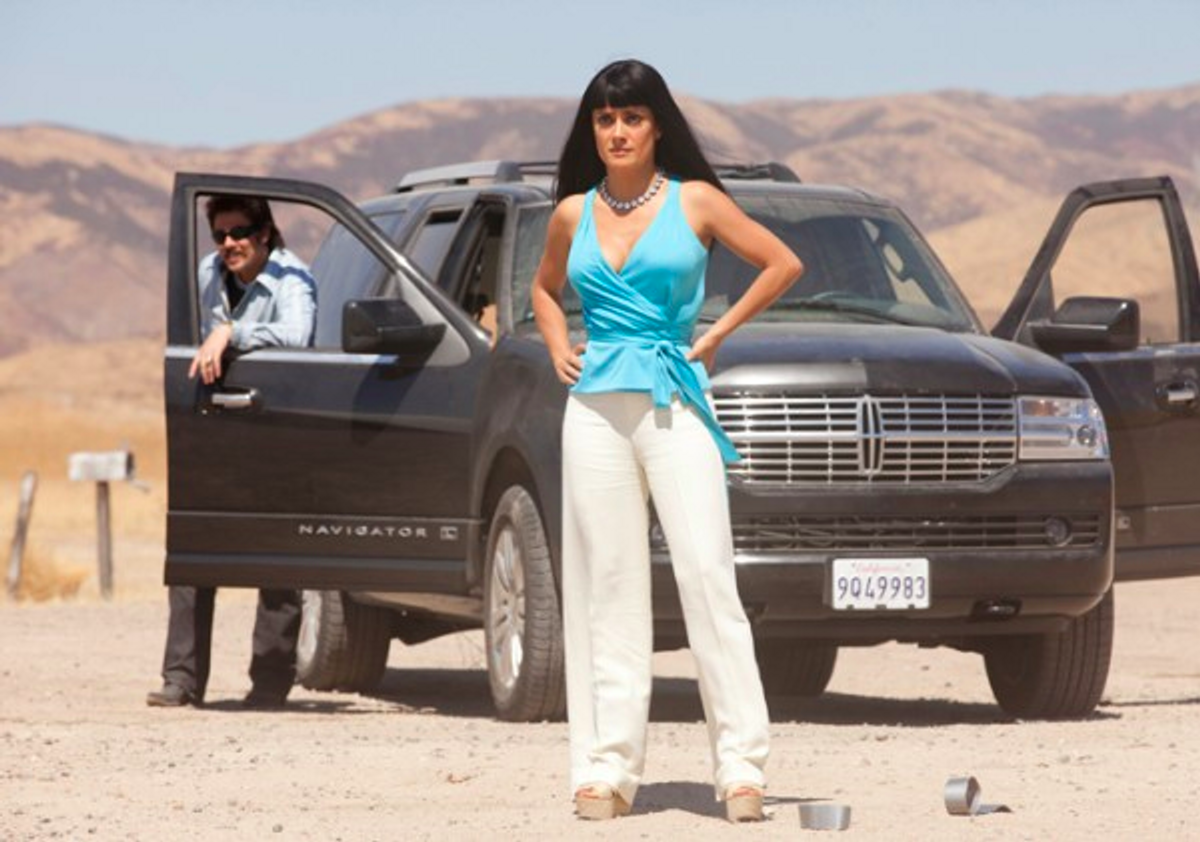 Oliver Stone is a puzzling phenomenon, but on balance we're better off having him than not having him. While I agree with a lot of Stone's political opinions, even at the nuttier edges, I don't think his espousal of various left-wing causes is all that important when it comes to the goodness or badness of his films. (I can definitely live without the hero worship directed at Venezuelan despot Hugo Chávez, displayed most embarrassingly in the 2009 documentary "South of the Border.") Overall, I much prefer Stone in his debauched libertarian pop-entertainer mode to his self-assigned role as dispenser of morality, political wisdom and conspiracy theory.

So here's what I can tell you about Stone's new "Savages": Within the first five minutes you've got six or seven different kinds of imitation film stock (I assume it's all done digitally these days), ranging from black-and-white, perfume-commercial shots of a woman walking on the beach to homemade Mexican torture videos, cacophonous layers of reggae and trance-pop and classical music at war with each other, and a female narrator informing us that just because she's telling us the story doesn't mean she isn't dead. Adapted from a minimalist pulp novel by Don Winslow (who co-wrote the screenplay with Stone and Shane Salerno), this Southern California neo-noir with Taylor Kitsch and Aaron Johnson as a couple of high-end pot growers who share the same blissed-out blond chick (Blake Lively) is, on its most obvious level, execrable, racist, softcore and sadistic tripe. But I'm not claiming I didn't have a good time! "Savages" is enjoyable in a way that's almost but not quite intentional camp; it's like eating a dinner made by a 7-year-old, with cake for every course, interspersed with Jell-O, Pepperidge Farm goldfish and chocolate sprinkles.

After the hectoring tedium of his 2010 "Wall Street" sequel, it's a relief to discover that the pedal-to-the-metal, balls-to-the-wall, drugged-up and lunatic Oliver Stone of "U Turn" and "Natural Born Killers" and "The Doors" is not gone forever. Note that I am cleverly avoiding the question of whether those movies are actually any good, although I will defend "The Doors" as an authentic American classic of its own idiotic sort. Like those three pictures, "Savages" takes on the chaotic underside of the social revolution wrought in America during the '60s and '70s, which is always Stone's principal subject. Arguably he's still addressing the aftermath of the '60s in films that venture pretty far afield, like "W." or "World Trade Center," and while "Savages" positions itself as an up-to-the-minute fable of the new millennium, it's very much set in the world the hippies of Stone's generation made.

For a straight male director, Stone has always been exceedingly interested in showcasing sweaty young hunks to their best advantage, and in "Savages" -- largely shot in extreme close-up by cinematographer Dan Mindel -- the homoerotic content gets cranked to 11. (I'm not questioning Stone's sexual orientation, by the way; I think it's just unusually overt male narcissism.) "Gossip Girl" star Blake Lively plays a beach-house, rich-girl type just called O -- her real name is Ophelia, which even she says is an overly obvious clue about her destiny -- who narrates most of the plot in voice-over. This is frequently necessary, since Stone and his troika of editors have cut the film in what they must think is dazzlingly contemporary fashion but actually resembles an especially coked-up music video, circa the George H.W. Bush administration. O is something like a shared lifestyle accessory, second only to their beloved bong, for ultra-macho ex-Navy SEAL Chon (Kitsch) and long-haired hippie-surfer dreamboat Ben (Johnson), who are the brawn and brains, respectively, behind an Orange County boutique weed-growing operation. (She refers to them as "the Buddhist and the baddist.") Sometimes O gets it on with each of them separately, but when the dope is truly outstanding, they all end up in a big art-directed dogpile of lingerie, tattoos and white-people dreadlocks. Ben and Chon are not quite depicted as being bisexual all over each other, but pretty close.

There's a heckuva lot of plot getting in the way of the story here, to purloin a phrase from movie-critic Zen master Joe Bob Briggs, most of it having to do with Ben, Chon and O's bucolic, cannabinoid Laguna Beach existence coming under attack from a sinister Mexican drug cartel (who speak among themselves, conveniently enough, in English). The good thing about Mexican drug cartels, from a filmmaker's point of view, is that they do such awful things in real life that you pretty much get free rein to depict their members as a bunch of snakelike, sadistic mexicano bastards, with bad taste and Bettie Page wigs besides. OK, only Salma Hayek sports such a wig, in her tyrannous black-widow role; I suppose Benicio del Toro's mariachi-band pompadour and Pancho Villa mustache are the real deal. In addition to those two, we get Demián Bichir as a duplicitous, suit-wearing lawyer, a velvet glove over the iron fist. It's like a who's-who of terrific Latino actors, all playing the most fearsome stereotypes.

Very likely Stone and Winslow are making a point of some kind, although I can't be sure (and I'm not even sure it's worth making). It's not like Ben and Chon and O aren't also stereotypes of a different sort, privileged and hedonistic gringos with a permanent sense of entitlement and no thoughts of the future. There's a leaden, intentional irony to Winslow's title; both the Mexican and American characters view the other side as barbarians. When Elena, Hayek's character, has O kidnapped to enforce a bargain with Ben and Chon, the two forge a tentative mother-daughter relationship, mostly based on Elena lecturing O about how irresponsible and unladylike she is. But that's one of the few scenes in "Savages" where you can be fairly sure what's going on, dramatically speaking. A lot of this movie has the feeling of an experimental film or a graphic-novel adaptation or, say, Richard Kelly's "Southland Tales," where you feel like you didn't do the introductory reading and you're constantly scrambling to keep up.

One thing I feel pretty sure about is that the plot of "Savages" is largely beside the point, as is the massively irritating performance by John Travolta as a balding and corrupt DEA official. I watched this movie stone cold sober at a Manhattan press screening, without benefit of Ben and Chon's high-grade product, and it still seemed closer to a drug trip -- part ecstatic fantasy, part cautionary nightmare -- than to a normal three-act narrative. If this movie's "about" something, it's about Kitsch and Johnson and Lively's luxuriant young bodies and the second-unit beach photography and watching stuff blow up in the desert and seeing a guy get tortured to death in a manner that would have shocked Torquemada. This isn't Oliver Stone in his didactic, Dickensian mode, but rather Oliver Stoned, in search of Whitmanesque trash-culture transcendence. Here's a spoiler for you: That initial question about whether O is alive or dead? I've seen the whole movie, and I still don't know.