A forthcoming show on extreme attachment parenting will be sensitive, nuanced and build awareness. Right? 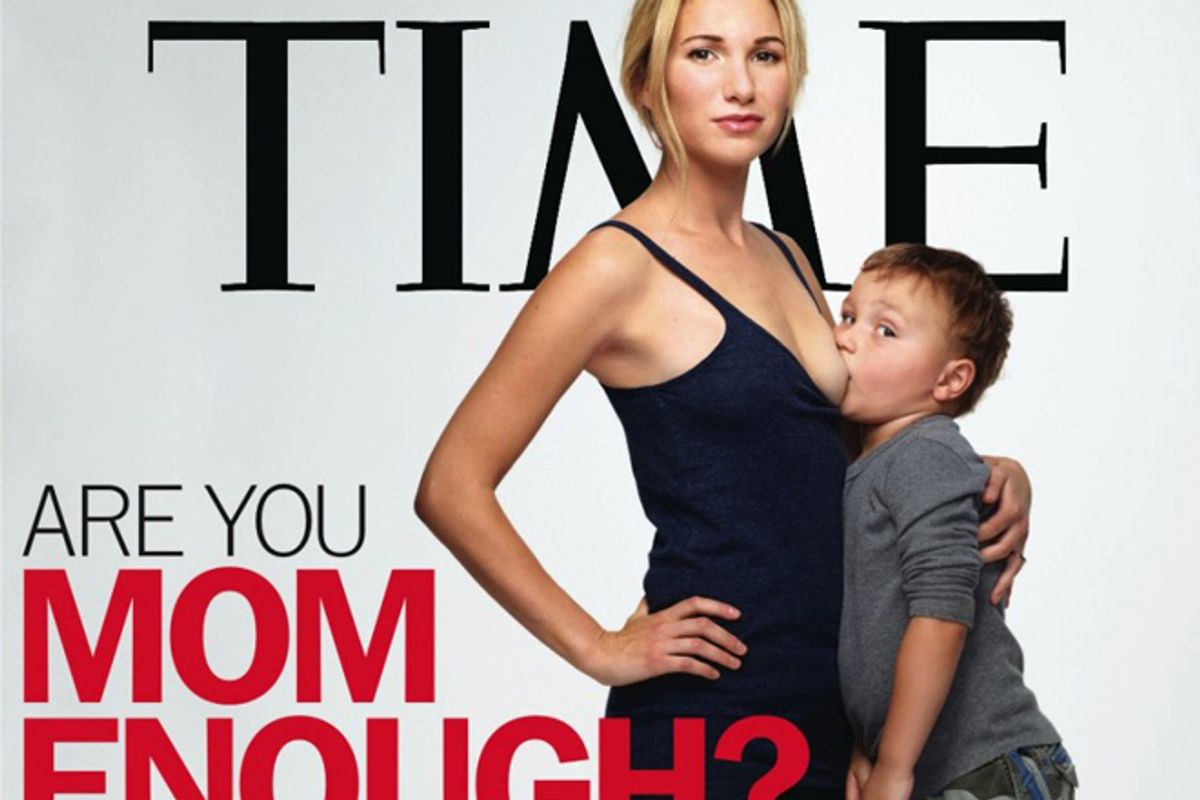 America loves reality TV. America loves getting sanctimonious about motherhood. And America really, really loves boobies. So when news arrived about a reality show starring mothers who breastfeed long-term, perhaps the only genuine shocker was that it took this long for somebody to think of it. Ta-tas plus sanctimony? It's like a license to print money.

The New York Post reports that the new series, still in the early planning stages, is the brainchild of Collins Avenue productions. They're the folks most famously behind the cavalcade of maternal dysfunction, verbal abuse and suicidally insane little-girl exploitation known as "Dance Moms," "Dance Moms Miami" and "Ice Moms." But if you thought competitiveness was just for moms whose babies are aspiring little superstars, it's going to be a whole new bottle of milk when they start recruiting from the pool inspired by a provocative Time magazine story that demanded "Are you mom enough?" You thought the parents who "take it to the extreme" on the show "Outrageous Kid Parties" are obsessive? Well, this should be interesting.

We have sexualized breasts to the point that even the cancery kind need to be served up lasciviously. We are a nation for whom an entire HuffPo vertical devoted to SIDEBOOB has been created. It stands to reason that breasts in their most utilitarian function inherently inspire a lot of strong feeling. Our cultural queasiness and fascination over breastfeeding has long made for easy fodder for sexy magazine covers and whipped-up outrage. And while we're getting better at accepting the image of a postpartum mom nuzzling an adorable infant, there's a tipping point. The American Academy of Pediatrics recommends mothers breastfeed for at least a year and then "as long as it is the right choice for you and your baby." But when a baby is no longer a baby, what was once a private choice becomes a matter of public debate and, frequently, disdain. A mom with an older kid still clinging to her front matter is more often than not an object of disgust, a figure seen as too defiant, too weird, too out there, too in your face. A woman who's inevitably ruining her kids and messing up their future sexuality.

That's why it would be great to have more awareness of the fact that plenty of parents find their own way, in their own time, through breastfeeding and weaning. It would be excellent to demonstrate that parenting is a highly individual experience, and that few of us hit the magical one-year mark for nursing our perfect offspring on the dot. Some pack it in much earlier; some decide to go on longer. That, my friends, is reality. But hey, I'm sure that the people who gave us "American Stuffers" will treat the issue with the utmost of sensitivity and nuance. It's not like they're going to go trolling around for a bunch of over-invested, dysfunctional freak moms, scraping the bottom of the attachment parenting barrel, right? There's no way they're going to go looking for women for the sole purpose of instilling horror and judgment. And it won't just be an opportunity to get an eyeful of some hot, lactating mammaries, I am sure. Get ready for your teachable moment, America! And watch as reality takes the advice of "Dance Moms" doyenne Abby, who last season advised a student, "Suck it up, kid."