He fooled a missing teenager's family -- or did he?

A buzzy documentary explores the troubling, twisty tale of an adult who pretended to be a missing Texas teenager 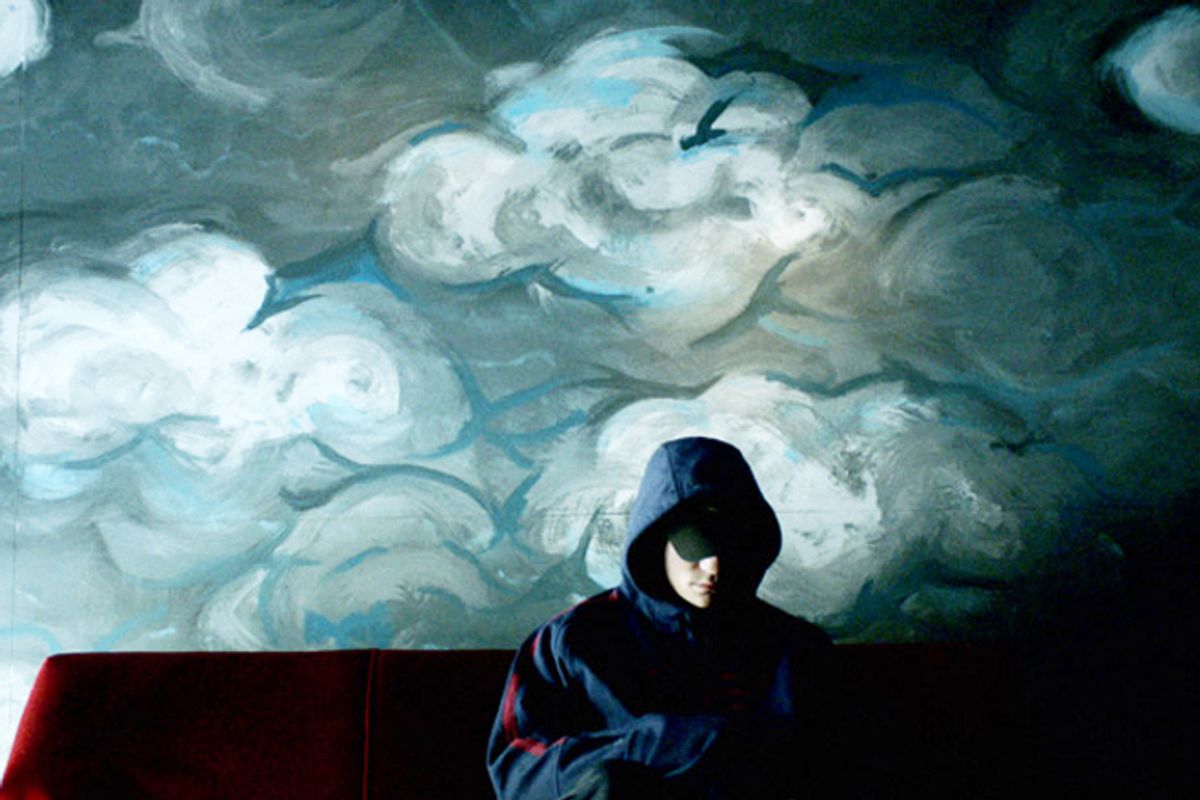 A still from "The Imposter"
--

One of the things con men and hucksters often say to justify their conduct -- at least in the movies, and sometimes in real life -- is that their victims are getting what they wished for, at least in the short term. (One could also argue they get what they deserve, but that's a different question.) Rarely has the con game, and the human capacity to believe in improbable outcomes, been taken to such extremes as we see in "The Imposter," a dark, gripping and provocative film by Bart Layton that has the documentary world buzzing. (That's partly, but not entirely, because Layton has stretched the definition of documentary almost to the breaking point.) After a sold-out opening weekend in New York, "The Imposter" will open soon in Los Angeles and other cities, with cable broadcast and home video soon to follow.

Combining gumshoe detective work, some Errol Morris-style philosophical inquiry and an unfortunate number of cheesy dramatic reenactments, "The Imposter" tells the wildly unlikely story of what happened after an anonymous tip to police in the Spanish city of Linares, one rainy night in 1997, turned up a frightened young man hiding in a phone booth. He would barely speak to the cops, wouldn't tell them his name, and carried no ID, but over the next few days a story gradually emerged: He was an American teenager who had been kidnapped three years earlier from his home in San Antonio, Texas, by a military sex-trafficking ring and smuggled across the Atlantic. His name was Nicholas Barclay.

There can't really be spoilers in a 15-year-old news story that has been widely covered, but for the purposes of this review let's respect the way Layton tells the story. We know from the beginning of the movie -- and, come to think of it, from the title -- that this guy is not Nicholas Barclay. "The Imposter" was made with this person's full cooperation, although his real identity and the background to his deception are revealed slowly throughout the course of the film. How did he learn about a real-life missing teen from Texas and pick up enough details to make the impersonation stick? You'll have to see the movie, but one of the keys to this whole story lies in the fact that the imposter possessed criminal skills of a high order, whereas when people looked at him, they saw what they wanted to see, a damaged and defenseless kid.

In the opening scenes, the so-far-unnamed interloper explains that the ruse was desperate, and that he never seriously thought it would work. In 1997 he was an adult, not a teenager. His eye color, hair color and complexion were nothing like those of Nicholas Barclay, who had fair skin, dirty blond hair and blue eyes. He spoke English, but with a pronounced foreign accent; as a psychiatrist observes later in the film, no native speaker could lose fluency that rapidly or to that extent. But once the faux Nicholas understood how badly everyone around him wanted to believe in this story -- from the Spanish authorities to United States consular officials to Nicholas Barclay's actual family back in Texas -- he came up with explanations for everything that seemed off. His captors had given him drugs to change his eye color and erase his memories; along with other American kidnap victims, he had been forced to speak Spanish and forbidden to speak English.

In fact, the fact that some shadowy European con man tried to impersonate a kid from Texas who was probably dead is only one layer of the onion in "The Imposter," and not even the most mysterious one. Layton's true subject is, first of all, the fact that almost everyone wanted to believe that this guy was really Nicholas Barclay, and generally did so, and secondarily the disturbing possibility that some people knew he wasn't Nicholas but didn't want to talk about how and why they knew that. Logically, one individual cannot hold both views at the same time -- that this young man was Nicholas even though he couldn't be Nicholas -- but the human capacity for magical thinking has nothing to do with logic.

When Nicholas' older half-sister, Carey Gibson, flew to Spain at government expense to collect him, the fake Nicholas figured the jig was up and he'd soon be back in prison. Instead, when Gibson saw him she threw her arms around him and told him she'd have known him anywhere. Although a local Spanish judge was dubious, the State Department promptly certified "Nicholas" as a United States citizen and issued him a passport. When Gibson returned home to San Antonio, he went with her. Of course he'd never been there before and had never met any of his supposed family members, although Gibson coached him extensively over an album of photographs. (At first, he went to live with her in a remote trailer home 35 miles north of San Antonio, which may not have been what he'd had in mind by way of a new life in America.) But all of them apparently accepted him, even Nicholas' mother, Beverly Dollarhide, a longtime drug addict with multiple health problems. Or, let's just say, almost all of them did.

Yes, they all tell Layton's camera in retrospect, Nicholas seemed different. But he'd been through a lot: kidnapping, presumed rape and torture, psychological abuse. Why wouldn't he be different? Layton does a nifty job of blending all these characters and perspectives, but so much of the film consists of highly subjective dramatized reenactments that it makes an already confusing story feel even more slippery. Once we get to the tough-as-nails female FBI agent and the forensic psychiatrist and the good-ol'-boy private eye with the movie-ready name of Charlie Parker (who initially suspected that the young man pretending to be Nicholas might be an Arab terrorist), we're in the recognizable world of true-crime procedurals, where the real experts will solve the mystery.

Solve it they do, up to a point. Again, I'm spoiling nothing important in telling you that the imposter turns out to be a Frenchman of half-Algerian ancestry named Frédéric Bourdin, whose long criminal résumé includes similar deceptions in many different countries and situations. As an extensive New Yorker feature from 2008 details, Bourdin continued to impersonate teenage runaways, even after he served several years in prison for impersonating Nicholas Barclay and was deported back to France at age 29. Then there's the question of whether Bourdin cruelly preyed on a grieving family, or whether his months in Texas served to shed light on a cold case and possibly expose a grisly crime. Again, both things might be true. What distinguishes "The Imposter," despite my misgivings about its cheap film-noir fictional elements, is that it makes clear that not all mysteries yield answers, even in the movies.

"The Imposter" is now playing at the Sunshine Cinema in New York. It opens Aug. 3 in Los Angeles and San Francisco; Aug. 10 in Denver, Minneapolis, Phoenix, Portland, Ore., Seattle and Washington, D.C.; Aug. 17 in Boston, Dallas, Houston, Philadelphia, San Antonio and Austin, Texas; and Aug. 24 in Chicago and Sacramento, Calif., with other cities, TV broadcast and home video release to follow.