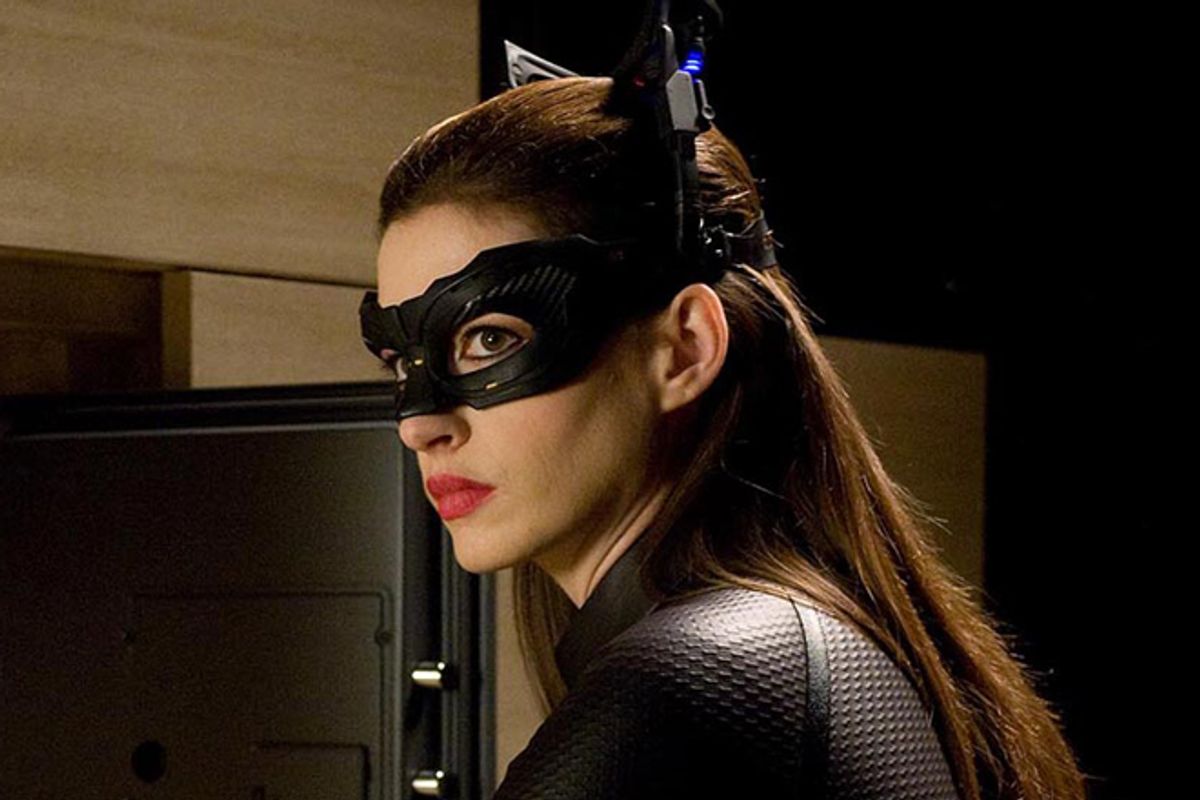 We all know that the comments section of just about every site involving news and opinion are, as author Caitlin Moran says, "where all the world's unhappiness dwells." But my fellow humans, this is getting out of hand.

On Monday, movie review compendium Rotten Tomatoes had to take the unprecedented step of suspending user comments for "The Dark Knight Rises" because the trolls have been losing it over a few bad reviews. As in, blowing gaskets. Over a Batman movie.

And before you start in, yes, I know it's the epic conclusion of a successful, obsessively beloved series, a film our own Andrew O'Hehir is already calling "the capstone to a trilogy that’s not quite like anything else in the history of cinema, a massively ambitious attempt to blend an existing superhero mythology, the cutting edge of technological spectacle and an auteurist personal vision." Yet any remotely sane person would have the acuity to understand that a lousy review is not a profound personal affront. It is not justification for a death threat. Christ, I can't believe we actually have to have conversations about these things, people.

The trouble started when Marshall Fine, the thoroughly unremarkable critic who runs Hollywood & Fine, declared the film "nonsensical," "lumpish" and "tedious." Which, to a certain segment of the online community, is tantamount to saying, "Get out your pitchforks." Commenters on Rotten Tomatoes were soon fantasizing about beating Fine "with a thick rubber hose into a coma" and threatening to crash his site. And when the Associated Press's Christy Lemire didn't overenthuse either, praising the film's performances but calling other aspects a "letdown," she was just begging to be sprayed with the misogyny hose, wasn't she? I'm sorry, what?

In an open letter to his site's visitors cheekily entitled "This Is Why We Can't Have Nice Things," Rotten Tomatoes editor Matt Atchity explained the temporary comments ban for "The Dark Knight Rises," stating, with refreshing economy, "Don't be a dick. And don't try and argue about your right to free speech -- this is a business, and we have the right to refuse service to anyone we feel like." The story gets a little complicated by the fact that another dissenting critic, Eric D. Snider, also wound up getting the boot over the whole dustup, when Rotten Tomatoes discovered he'd misrepresented his review as coming from Film.com. Moral: Do not mess with Matt Atchity.

Atchity says that moving forward, Rotten Tomatoes will explore new ways of making the comments less stomach churning. The site is considering moving to a Facebook-based commenting system that will cut down on the anonymous trolling. And if there's one positive thing to come out of this latest wallow into the ugly depths of online jerkwaddery, it's that it has given a voice to the saner elements of the Rotten Tomatoes community, who've come forward to express their support for the site's move, calling it "very smart" and noting, as one commenter says, "If you can't handle freedom of speech, then you really don't deserve it."

Those who are, shall we say, a little too deep in the world of geek tend to be a differently socialized breed. I'm not talking about your normal, fun fans who like to go to Comic-Con and get psyched over exciting things within a normal range of human emotion. I'm talking about the freaks who've been threatening to rape Anita Sarkeesian for daring to talk about video games. I'm talking about the nutjobs who think that a desire to kill a critic for dissing a movie that they themselves most likely have not even seen -- because it hasn't come out yet -- is an appropriate reaction. Believe it: It's a daunting, depressing job for anyone who runs a site or posts his or her own material to have to deal with these asshats. As Atchity explained to Vulture this week, "The job of policing the comments became more than my staff could handle for that film." It's not that there are more of the trolls than us; it's that they have seemingly limitless time and energy and most of all, hatred.

Very early in my online career, back when the phrase "dial-up" still meant something, I was at a meeting in which a dewy-eyed colleague expressed his utter shock at the vitriolic lunacy in the comments section. Why? He kept asking. Why are they like that? What are we supposed to do about them? It was kind of sweet, really; it was completely beyond his experience or comprehension. I will never forget the reply of a respected co-worker from across the table. He just shrugged and said, "We get a lot of shut-ins." It's a phrase that's come back to me on a regular basis for almost two decades now. It's one that shares space in my mind with another remark a colleague made, not too long ago, about the torrent of sexist, creepy commenters we've encountered over the years. "We're not real to them," she said. "We're just characters in a story they're reading. That's why they think it doesn't matter what they say to us." Which is super, super messed-up.

So if you have even a moment of "What's the big deal?" over the utter insanity of going ape on another person for having a negative opinion about a movie -- or an opinion about anything, period -- if you believe for one second that it's OK to heap abuse on strangers, ever, I'm going to break it to you right now that you are not qualified to comment on the Internet. I honestly don't know what happened to you in your life that robbed you of the ability to interact in healthy, not crazy ways, but please do yourself and everyone you're yelling at a favor and explore it. Or, as Atchity tells his readers, "Just take a deep breath, step away from the computer, and maybe go for a walk. Have a smoke if you need one. There are plenty of other things to get angry about, like war, famine, poverty and crime. But not movie reviews."