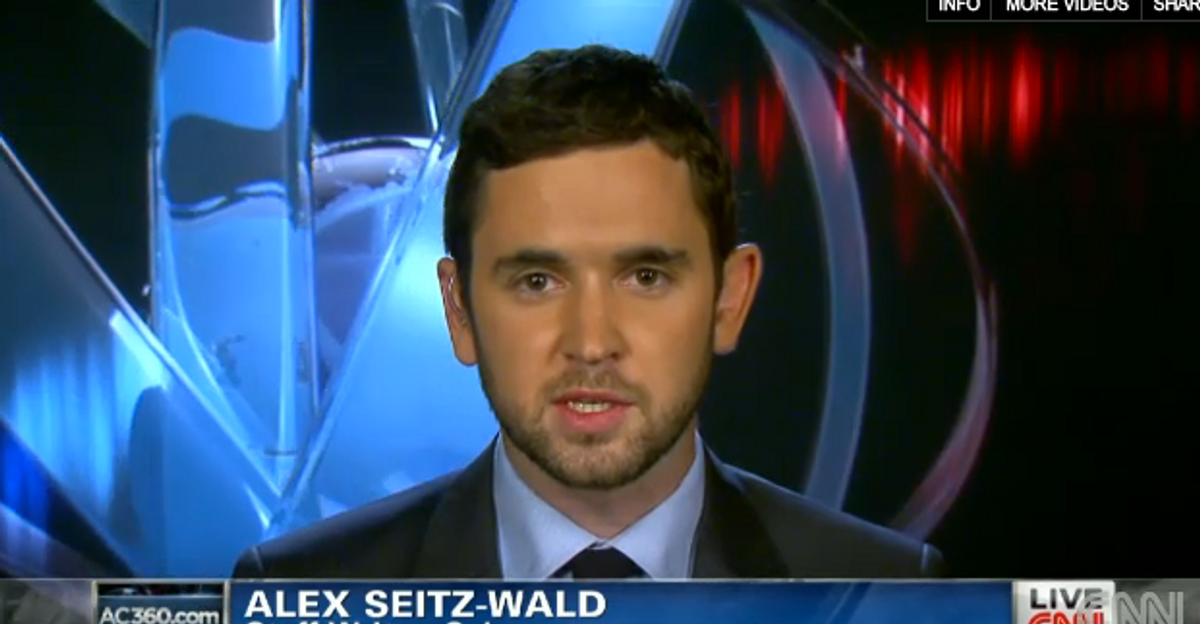 On Wednesday evening, staff writer Alex Seitz-Wald joined Anderson Cooper to follow up on his report of former presidential candidate Michele Bachmann’s investigation into supposed ties between the U.S. government and the Muslim Brotherhood. "It kind of blew up in her face,” Seitz-Wald said, referring to the extensive media coverage on the investigation and condemnations by fellow GOP members such as John McCain.