Olympics secret: They're not about sports

Television presents the Summer Games as a series of exciting stories and rivalries. You need not understand archery 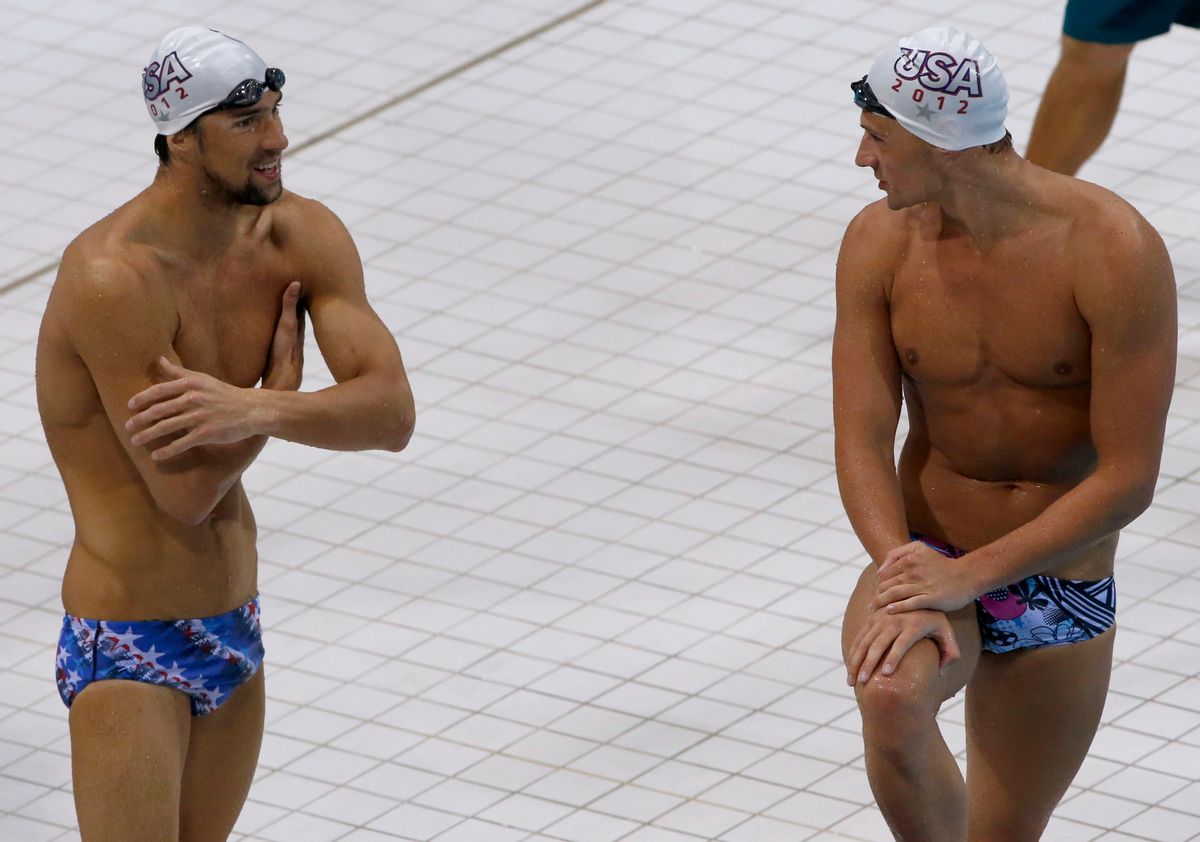 Every two years, television reteaches us how to watch the Olympics. As thousands of sprinters, swimmers, archers, gymnasts, boxers, hurdlers, pentathletes and trampolinists descend on London for two weeks of gamesmanship that includes everything from basketball to badminton, fencing to field hockey, table tennis to taekwondo, NBC — the sole televisual purveyor of the Olympics in America — gets down to the business of instructing us, the viewing audience, on how to care about largely unknown athletes competing in not always well understood sports. It does this not only by explaining the rules of the decathlon and the steeplechase, the physical difficulties of the clean and jerk and the pole vault, but by telling us story upon story — the more dramatic, inspiring and tear-jerking the better — about the athletes involved.

Of the hundreds of hours of Olympics coverage NBC will air in the coming weeks — the opening ceremony is this Friday and there are rumors that Mary Poppins and Voldermort will duel in them, a pretty good story itself — much will focus on sports and nearly as much will focus on sportsmen. There will be footage of soccer games and swim meets, as well as a gargantuan numbers of five- to 10-minute mini-bios, an Olympics coverage staple, about soccer players and swimmers. These segments ruthlessly, effectively, often movingly establish the athletes as characters ensconced in their own particular drama, chronicling each contestant's trials and tribulations, sacrifices, work ethic, will to win, and personalizing weirdo habit. (This will not be the last time you hear that Jordyn Wieber, the young gymnast who is the favorite to take the women’s all around, loves Justin Bieber, or that their names fortuitously rhyme.) You may not care about the 4x100 relay, but when NBC is through with its segment on him, you will probably care about Oscar Pistorius, the double amputee running on carbon fiber blades for South Africa in that event, if you do not already. During the Olympics, the only thing on TV more than sporting events is stories.

Audiences already know a few of these tales: the Michael Phelps-Ryan Lochte battle is probably the most high-profile Olympic showdown of the summer, at least in the U.S. It’s a face-off between two Americans, the already famous, successful, lanky, bong-hitting, super-Olympian Phelps, the biggest story of the Beijing Olympics, and his adversary, Ryan Lochte, a man good-looking enough to land the cover of Vogue, and perverse or humble enough to thank Phelps for pushing him every time Lochte beats him. The Lochte-Phelps rivalry, like all great Olympics stories, has a high-concept, cinematic arc: a champion trying to fend off the competitor he helped create, a long-suffering athlete trying to topple a champion.

NBC will attempt to work similar storytelling magic on just about every American or high-profile athlete that comes across the screen, fashioning their lives into kicky, emotional yarns. There’s another rivalry over on the gymnastics mats, where Wieber will be joined by teammate Gabby Douglas in trying to win the team all-around, before the two compete in the individual all around. On the heartstring front, until recently, Douglas’ father served in the Air Force. Swimmer Natalie Coughlin will attempt to become one of the most decorated American female Olympians ever, in one relay race. A cadre of American male sprinters beset by injuries and steroids have finally made it back to the Olympics, only to face Usain Bolt. There’s Ann Romney’s horse, a men’s basketball team with an inspired sense of style, and a 17-year-old female boxer, Claressa Shields, about whom there is so much story, there was actually a New Yorker story about her.

The format of the Olympics — the sheer quantity of events in such a short period of time, with so much athlete turnover every four years — and the content of the Olympics — sports that most people don’t pay much attention to until the Olympics come around, if even then (sorry, table tennis) — make the sort of endless, aggressive storytelling NBC will practice in the coming weeks necessary. Audiences spend most of their lives not giving a hoot about synchronized swimming, or diving, or even the 200-meter butterfly, and NBC has to give us the tools to care about all of these sports, and in a hurry. The technical detail is usually less compelling than the personal one, the rules of synchronized swimming less interesting than the synchronized swimmers. (What kind of person gets to be an Olympic synchronized swimmer? Can’t wait for the segment on them!)

These narrative hooks — the melodramatic through lines — have pride of place at the Olympics, but they are a key part of all sports. When it comes to storytelling, the difference between the Olympics and the NBA, NFL or major league baseball is that fans of the Thunder or Heat, Red Sox or Yankees, Cowboys or Giants don’t need to be told these stories because they already know them by heart. (And even this doesn’t stop the media from retelling them all the time: See every single article about Lebron James basically ever.) Most people watching Roger Federer win Wimbledon a few weeks ago already understood exactly why it was so important to him, that just days before it had seemed like he, perhaps the best tennis player of all time, was going to be stuck in third place for the rest of his career, watching Novak Djokovic and Rafael Nadal duke it out for tennis supremacy. Any dedicated basketball, baseball or football fan already knows more about the players on their teams' background, habits, capabilities, competitive spirit and oddball qualities than any five-minute bio could begin to capture.

All this information — these narrative arcs, these soap operas of character— are what imbue sports with stakes and meaning, and — alongside feats of amazing athletic skill — make watching them so much fun. To make the Olympics as pleasurable as possible, NBC has to provide its audience with enough well-edited information about the athletes to get them invested, to care whether they win or lose. To bend a famous Joan Didion quote to the subject at hand: We tell ourselves stories in order to enjoy the trampolinist.